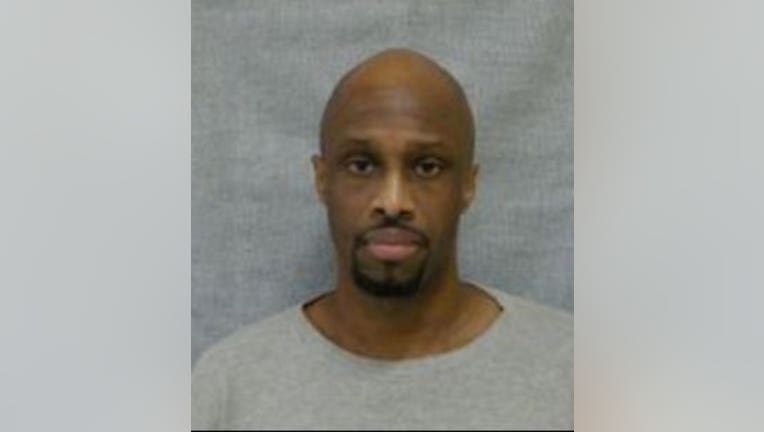 COLUMBIA COUNTY -- A man convicted in a 2008 homicide was sentenced to life in prison without the possibility of parole after he was found guilty of killing his cellmate.

Dexter Ewing, 46, was convicted by a jury on one count of first degree intentional homicide, persistent repeater -- filed in March 2015.

According to prosecutors, an autopsy determined Scott's cause of death was ligature strangulation.

Detectives met with Ewing, who told them he and Scott had been cellmates for about two weeks. A few days before Scott's death, both Ewing and Scott were in their cell when Scott told Ewing to stop pacing -- grabbing a pen and threatening Ewing, according to the complaint. Scott eventually put the pen down, and Ewing told detectives he told Scott "to never do that again."

On Feb. 12, 2015, Ewing told detectives he and Scott were in their cell when Scott told Ewing to move his feet -- kicking his feet, which were hanging over the bunk. Scott then jumped up and grabbed the pen again -- saying "I'm not scared of you," according to the complaint. That's when Ewing told the detectives he decided he was going to kill Scott.

Shortly before 2:30 p.m., Ewing told detectives he looked out the window before walking over to Scott's bunk. He covered the window of the cell with paper they use for privacy, and then, Ewing told the detectives he pulled a shank from his waistline, pushed it up to Scott's neck and said, "I will kill you." Ewing told Scott to get off the bed, and he then tied Scott's hands behind his back using a bed sheet, the complaint said.

Once Scott's hands were tied, Ewing told the detectives he grabbed a cord out of his locker and put it around Scott's neck -- pulling.

Ewing told the detectives it took longer than he expected to kill Scott, and that he "continued to strangle Scott until he was sure Scott was dead."

The complaint indicated Ewing untied Scott, rolled him over, wiped off the cord, and removed the cover from the cell's window. Shortly thereafter, it was recreation time, and when Ewing left his cell, he approached a correctional officer and told that officer Scott was on the floor in his cell. Officers responded and found Scott dead.

Ewing told the detectives Scott "made a mistake when he picked up that pen again," and that "he would kill Scott again if somehow Scott came back to life," according to the complaint.

Ewing was previously convicted of first degree intentional homicide (in October 2008) and felony murder, armed robbery as party to a crime (in March 2014).

In the 2008 case, Ewing was convicted in the death of Jo Mosley. Police found Mosley on April 25, 2008 bleeding from the face near 41st Street and Thurston Avenue. She was taken to Froedtert Hospital, where she was pronounced dead after suffering gunshot wounds to her neck and facial region.

The criminal complaint in this case said police spoke with a witness, who reported seeing Mosley's vehicle pull up to her home. Mosley and a man entered her home, and about 15 minutes later, the man exited her home and entered her vehicle -- driving away.

Mosley's vehicle was discovered later on April 25, one-and-a-half blocks away from Ewing's home.

Police spoke with a woman who reported Ewing came to her home on April 25 with a child's backpack that he said he needed to hide in her basement. Police recovered that backpack, and inside, they found a purse with a payroll check in the name of Jo Mosley, along with other identifiers. This backpack was placed in this basement about an hour after Mosley was found suffering from gunshot wounds, police said.

A woman who used to date Ewing's cousin told police that on April 28, she got a phone call from Ewing asking if she wanted to "kick it" with him. He stayed the night at her apartment, and the next morning, she said Ewing told her he was wanted by the police. That's when she told Ewing he needed to leave her apartment and take care of his problems.

This woman had two young children, including a 7-week-old infant who were in the residence at the time.

The complaint indicated Ewing looked out the window and saw a police officer in the woman's yard. That's when Ewing is accused of grabbing the woman -- saying she wasn't going anywhere.

Police entered the residence and demanded Ewing come out. Prosecutors said Ewing told police he would hurt the infant, and the woman told police she also feared she would be hurt, according to the complaint.

Ewing was sentenced to life in prison in December 2008.

Online court records showed Ewing pleaded guilty to a charge of felony murder-armed robbery, as party to a crime filed out of Milwaukee County in December 2013. In March 2014, he was sentenced to serve 20 years in prison and 10 years' extended supervision.

A charge of attempted first degree intentional homicide was filed on Dec. 7, 2018 out of Grant County. A status conference was scheduled for Oct. 21.