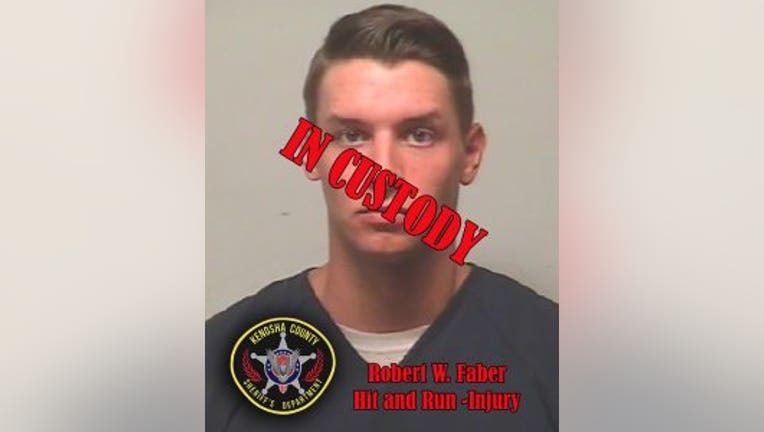 KENOSHA -- The Kenosha County Sheriff's Department revealed on Facebook that Robert Faber was arrested after turning himself into the authorities on Friday, Sept. 6.

The crash happened around 3 a.m. on 259th Avenue near 93rd Street. It involved an Infiniti that was headed northbound and a Kia that was headed southbound. Sheriff's officials said the driver of the Infiniti fled the scene before first responders arrived. In all, six people were hurt in the wreck.

Faber is currently being held in the Kenosha County Jail.