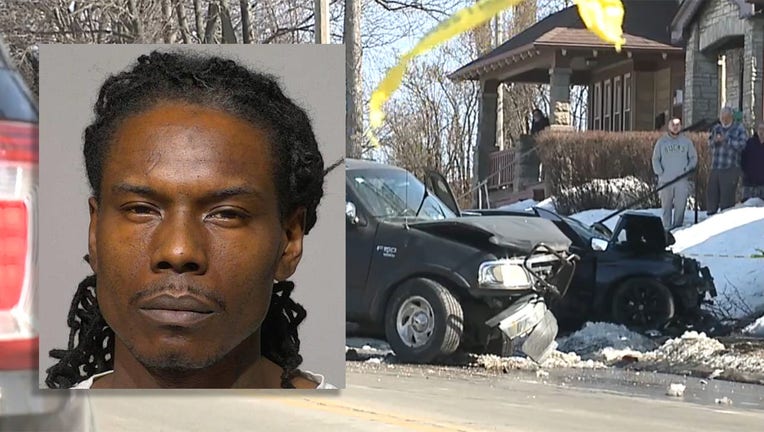 MILWAUKEE - Christopher Barnes, the Milwaukee man charged in a 2021 crash that left an infant girl dead, was sentenced to 15 years in prison.

Barnes, 36, pleaded guilty to homicide by intoxicated use of a vehicle and possession of a firearm by a felon in February; as part of plea negotiations, other charges were dismissed.

Prosecutors said Barnes was intoxicated behind the wheel when he crashed his car near 34th and Greenfield last year. Officers say the wreck happened when he tried to pass another vehicle while speeding and lost control, striking an unoccupied parked vehicle.

The infant, a 3 1/2-month-old girl, died as a result of her injuries in the days after the crash. The complaint states the child was in a car carrier, but there were no belts in the carrier to hold the child inside.

A 27-year-old woman and a 4-year-old girl suffered serious injuries. Barnes was not hurt. A criminal complaint states the 4-year-old suffered a broken leg.

Officers conducted field sobriety tests, during which Barnes appeared to "nod off" or daydream. He later admitted, the complaint states, to having taken oxycodone and Xanax while in the car.