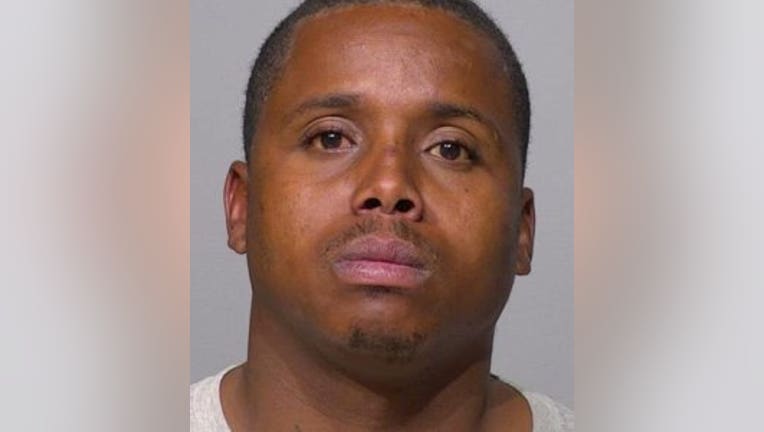 MILWAUKEE -- Charges were filed Monday, Sept. 9 against a Milwaukee man accused of attacking a woman at a bus stop and sexually assaulting her near 16th and Wisconsin Avenue early on Sept. 5. The woman said the man approached and requested a sex act, and when she refused, he attacked her.

According to a criminal complaint, around 2 a.m., an officer on routine patrol near 16th and Wisconsin heard someone screaming while waiting at a red light. The officer looked in the direction of where the screaming was coming from, a small alcove, and saw someone kicking their feet on the ground, and a male who was "pulling up his pants." The officer saw a female laying on the ground in the alcove, with her pants down around her ankles. This, as the male was seen hiding behind a bus shelter near 16th and Wells. Police responded and made contact with the man, identified as Treyondes Dunbar.

The complaint said the victim, identified as a 47-year-old woman, suffered severe swelling to her eye areas, and a cut on her lip. The complaint noted she appeared disoriented, and was taken to the hospital, where she was interviewed by police.

The woman said she was about the bus stop near 15th and Wisconsin when Dunbar approached and requested a sex act. She refused, and said Dunbar then punched her in the face repeatedly before grabbing her by the neck and demanding a sex act. The woman said she feared for her life, and thought Dunbar had a gun. She said she performed a sex act "for a couple of seconds" before trying to fight the man off. She said she was punched "many more times," and the next thing she remembered was being at the hospital.

Dunbar told police he was at the bus stop and the woman asked him if he had any change. He said he didn't, and asked why she needed it. The woman said she needed it for the bus fare. Dunbar said he offered her $3 for a sex act. According to the complaint, Dunbar told the woman a bag at the bus stop was his, and she went through his bag and "started throwing his clothes out of the bag." He said he told her to stop going through his bag, and admitting to punching her before she fell to the ground.

Dunbar then admitted to sexually assaulting the woman, the complaint said. Dunbar said the woman was screaming, and he told her, "I got a gun (expletive). I'm going to shoot you." He said he put his hand in his shirt to act like he had a weapon.

Dunbar said he pulled the woman with him along Wisconsin Avenue as she screamed. He said he gave her $3 and some change "so she would finish" the sex act. He said at one point, she bit his finger and tried getting away. Dunbar said he punched her and again told her, "I have a gun. I'll shoot you."

He said he got his money back from the victim and walked to the bus stop, where he was arrested. The complaint noted he had $3.90 on him at the time.

According to the complaint, Dunbar said looking back on what happened, "he believed he used poor judgement."

Dunbar made his initial appearance in court on Monday. Probable cause was found for further proceedings, and cash bond was set at $50,000. A preliminary hearing was scheduled for Sept. 18.