HARTFORD -- The Washington County Humane Society responded to a home in Hartford after a complaint about garbage led to the discovery of 141 animals inside the home near Sumner and Grand Avenue. The humane society is caring for 133 of them. The number could grow because some of the animals are pregnant.

"We have a lot of animals housed in our hallways right now because we are out of space. One of our secondary rooms that I usually use for surgical recovery is now being used to house rabbits and guinea pigs," said Jessica Wermager, operations manager at the Washington County Humane Society.

According to Hartford police, a call came in on the morning of Oct. 29 regarding "as many as 10 to 13 large garbage bags being put out for weekly pickup that appeared to contain large quantities of feces and what appeared to be bedding for animal pens." 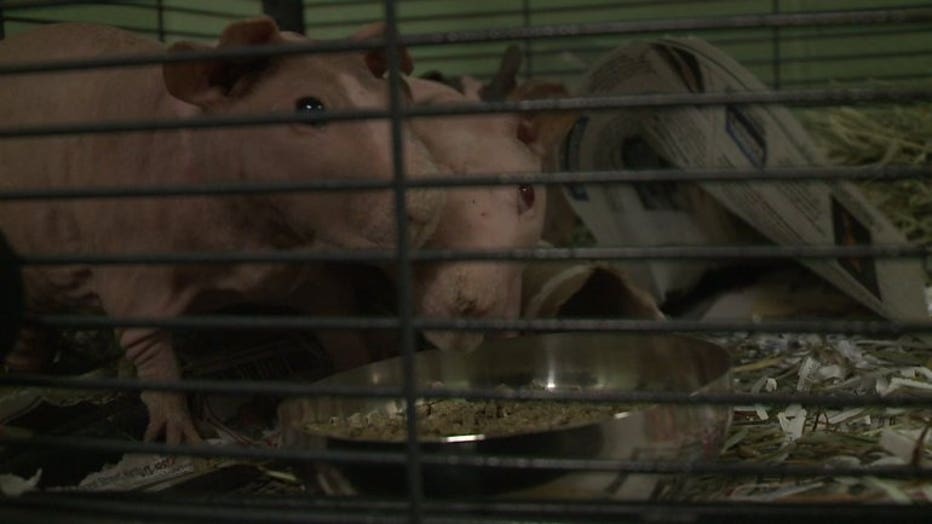 Police responded to the home and the resident claimed they were raising rabbits in their basement, and claimed to have "only four rabbits."

Officers heard dogs barking in the home and the resident indicated they had three dogs. It was determined the dogs were not licensed with the city, so the resident was issued a 15-day notice to obtain licenses for the dogs. An officer recognized "an overpowering odor of feces and urine" coming from the home, and requested permission to check on the number of animals in the home, but the owner refused. 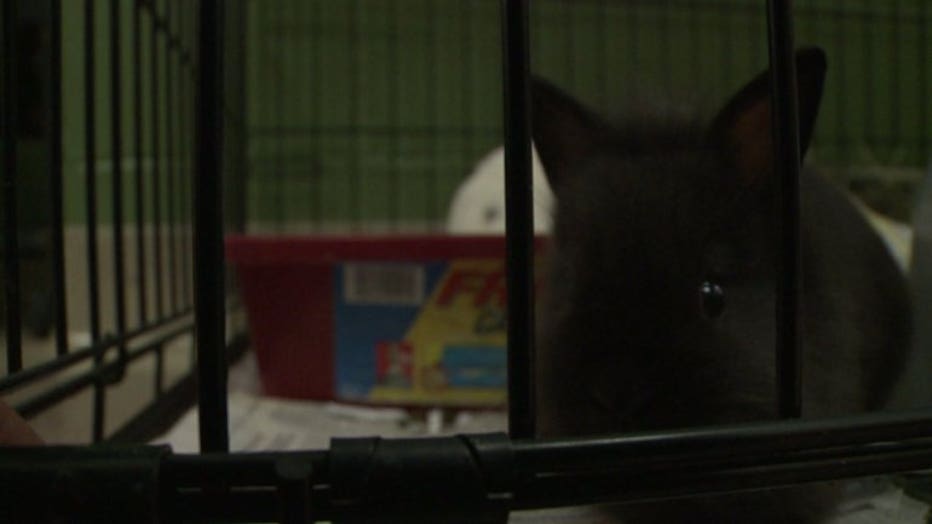 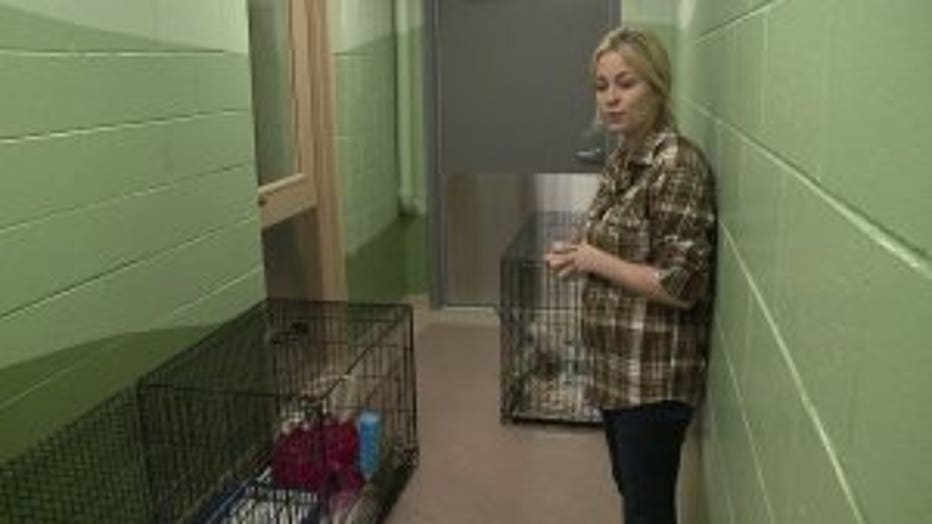 The city's building inspector served an "inspection warrant" on the home on Nov. 5.

Police said more than a dozen large garbage bags full of feces and bedding were stacked inside the back door of the home, and officers found an extensive system of animal cages in the basement.

An investigation revealed there were a lot more than four rabbits in the home.

The Washington County Humane Society "filled two transport vans with the animals" after they were surrendered by the owner, police said. 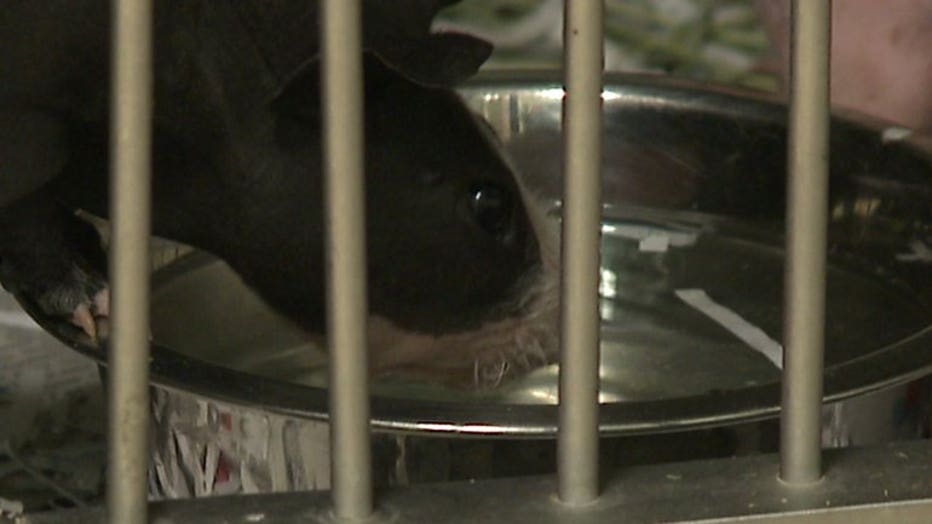 "In the middle of a management meeting I got a call from the Hartford Police Department that they needed our assistance in moving some animals and then this happened. Coming from the residence, I actually immediately started calling other shelters in the area. The owner was cooperative with us -- helped us out with every step of the way," said Wermager. 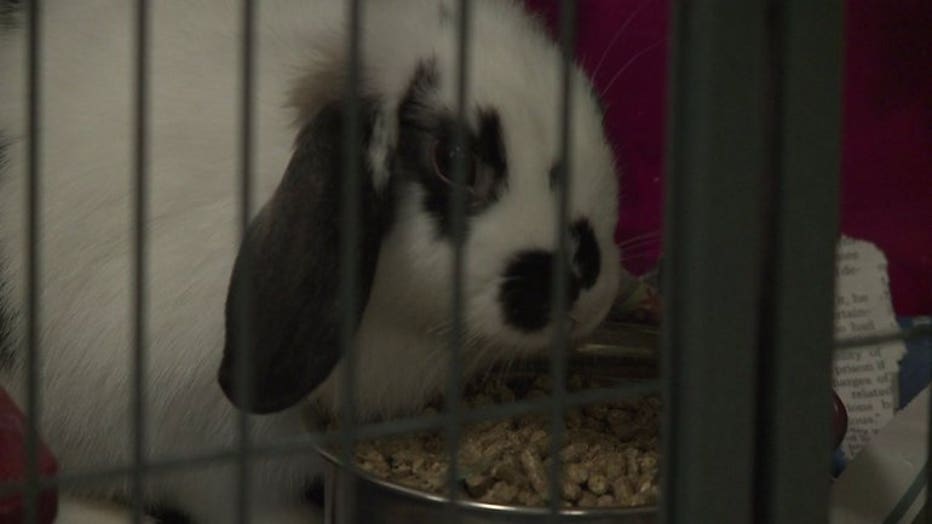 The Washington County Humane Society is caring for 133 animals surrendered by the owner: 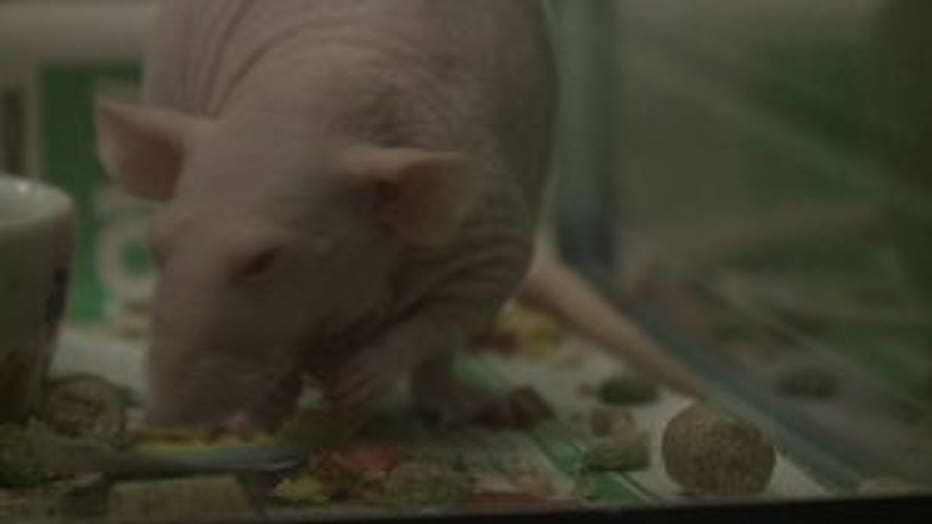 The owner was issued 15-day notices to obtain "a fancier's permit" to lawfully possess that number of dogs and cats. Additionally, the owner was cited for obstructing an officer, and for municipal violations of ordinances regarding the storage and disposal of manure, the keeping of animals within the city and failure to provide proper shelter for the animals in their basement. The owner was also required to clean the home and submit to another inspection by the building inspector.

"We're not here to judge anybody. We just want what's best for the animal," said Wermager.

The animals were being checked over by humane society officials and will be placed for adoption. The Washington County Humane Society is in need of these items as they continue to care for these animals:

FOX6 News made contact with the homeowner who did not wish to make a statement. Officials allowed her to keep three dogs, three cats and two ferrets, as long as she obtains the proper permits.