MILWAUKEE -- The Milwaukee Art Museum opened a new exhibit on Thursday, July 30th titled, "Art and the Global AIDS Crisis: Eggs Benedict." It features a portrait of Pope Emeritus Benedict XVI made from a collection of 17,000 latex condoms.

"When this story first broke that the museum had acquired the work, we had thousands of people coming to the museum wanting to see this work," said Daniel Keegan, Director of the Milwaukee Art Museum.

Milwaukee-based Artist Niki Johnson created the portrait with the intent to spark a conversation about AIDS in Africa. The inspiration came from comments the Pope Emeritus Benedict made in 2009 about the effectiveness of condoms in preventing the spread of AIDS.

"This is what art does, it creates dialogue and conversation," said Keegan. 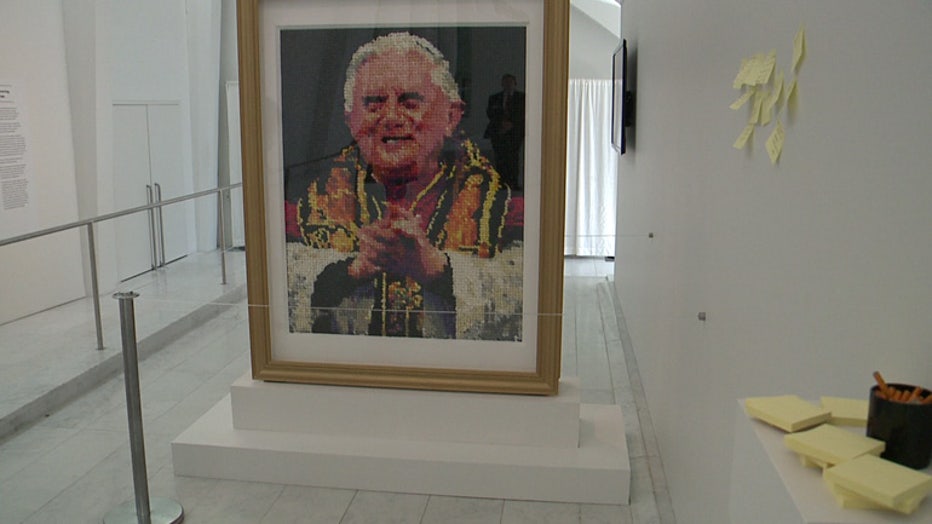 Papal portrait made from condoms

When it was first announced the piece would appear at the Milwaukee Art Museum, it was scheduled for a November debut. But interest was so intense in "Eggs Benedict," the showing was moved up several months.

"This is what museums do. We present art for people to enjoy, for people to comment on and for people to pause and think about the issues of our times and what it can mean in our own lives," said Keegan.

"Some may want me to be more upset at the museum for their callousness -- calling for boycotts, suppression of donations or picketing. God, religion and faith have been insulted by others throughout the ages and by autocrats and movements far superior to our little local museum."

"Eggs Benedict" will remain on exhibit at the Milwaukee Art Museum for the next four weeks.