Chelsea Clinton encouraged folks to register to vote and answered questions about her mother's plans to raise the minimum wage, pass gun safety legislation and eliminate the national debt. 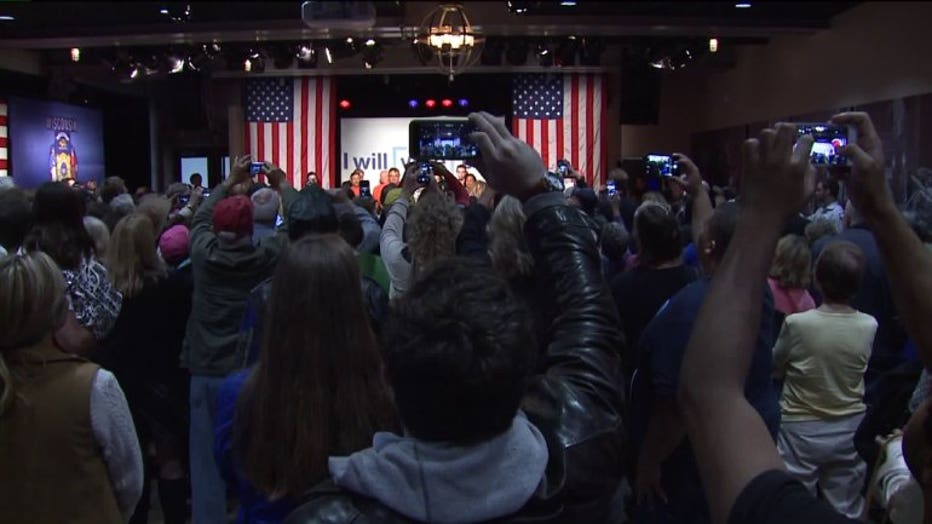 Speaking to 200 people inside the theater, Chelsea Clinton called this presidential election the most important political race of her lifetime.

"Whoever we elect, will play a profound role in shaping the future that my children and the generation they grow up in," Chelsea said.

Hillary Clinton's daughter and now mom of two herself, connected with several other young parents in the crowd, bringing up Hillary's plans to make higher education more affordable. 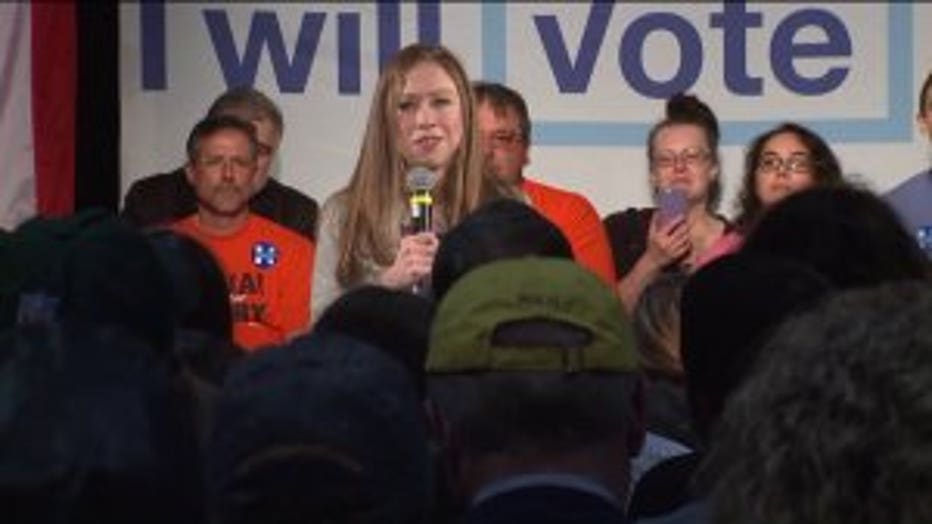 "We finally have to move to free tuition for community college. It would be great if my daughters got out of college without that load stone around their neck of however much debt they may be in for going to school," said Loren Prince, Green Bay voter.

"I do worry that everything I care most about is at stake," Chelsea said.

Prior to Monday's debate, the latest Marquette Law School poll showed Clinton's lead over Trump, who campaigned in Waukesha Wednesday -- narrowing to 2%.

“Hillary Clinton is struggling to explain away her record of scandal and outright lies to the American people. The fact that she not only lied to the American people, but also endangered our national security, has forced her allies to come to a state they thought was a lock. Meanwhile, Donald Trump is making a compelling case for real change, and a new direction for working-class people across America, while the Clinton’s keep offering more of the same.”

Lifelong Democrats in the crowd are split on whether they think Wisconsin will swing in Hillary Clinton's favor in November.

"She doesn't need to come here for me to lock up my vote," said Prince.

"The alternative will be devastating for us," said a Clinton supporter.

The last time Hillary Clinton was in Wisconsin was back in April. A campaign spokeswoman says Hillary will, "hopefully be in Wisconsin very soon."