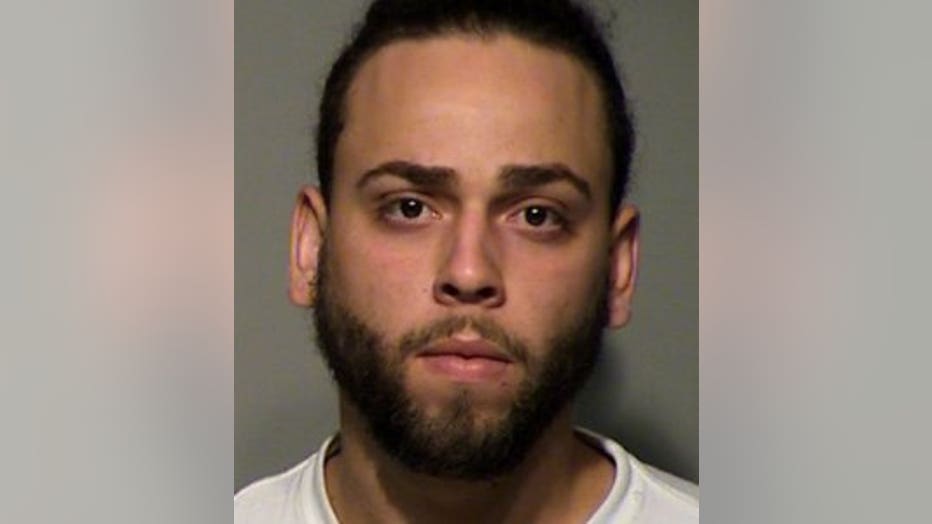 MILWAUKEE -- Officials with the Milwaukee County Sheriff's Office said Monday, October 2nd a man wanted in connection with Friday's shooting on I-43 has been captured.

The suspect is 24-year-old Jonathan Perez. MCSO officials on Sunday released a booking photo from February of 2012 in an effort to locate him.

Sheriff's officials said MCSO detectives and members of the US Marshal’s Task Force and the ATF Task Force arrested Perez-Perez Monday afternoon. A source told FOX6 News there was a traffic stop near 1st and Virginia and Perez gave up peacefully.

Acting Sheriff Richard Schmidt praised the work of the detectives and task forces, saying in a statement: “Working with our task force partners, we were able to pursue and take this dangerous subject off the street. His reckless behavior endangered the lives of many innocent people, and he will be held accountable.”

On Friday, at about 4:50 p.m., deputies responded to a call about a shooting on I-43 southbound between Hampton and Capitol Drive.  One man was shot and transported to the hospital for treatment of injuries not believed to be life-threatening.  The southbound freeway was shut down between Silver Spring and North Avenue for about three-and-a-half hours while deputies canvassed the freeway for evidence.

Meanwhile, this incident has inspired some who live in the area where it happened to take some action.

"I thought it was crazy. There's really nothing for these kids to do. When I was growing up, there was always something to do," Derek Ready said.

Ready said he is in the process of launching a year-round youth basketball program.

"I'm trying to start something so we can get these kids into something they can be in year-round," Ready said.

This was the second shooting of its kind in the same week. On Monday, the scene was at I-43 near the Marquette Interchange, where deputies investigated a report of shots fired on the freeway.