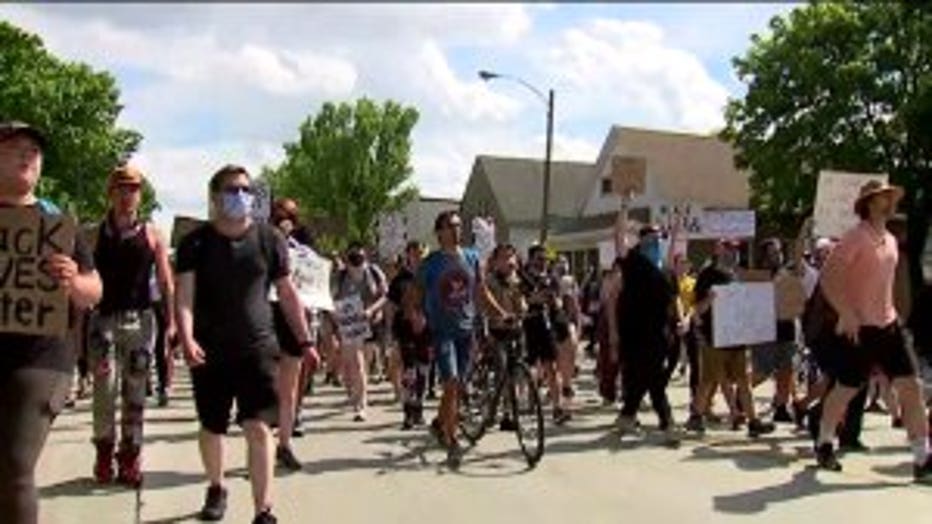 MILWAUKEE -- For the eighth straight day, protests in honor of the officer-involved deaths of George Floyd, Breonna Taylor and others continued in Milwaukee on Friday, June 5.

A group assembled at Humboldt Park -- the meeting point for several protests over the past week -- around 3 p.m.

Organizers addressed the crowd, listing travel and safety guidelines, before beginning the march at around 3:45 p.m.

The demonstration traveled north on Howell Avenue and onto Kinnickinnic Avenue before heading west down National Avenue. 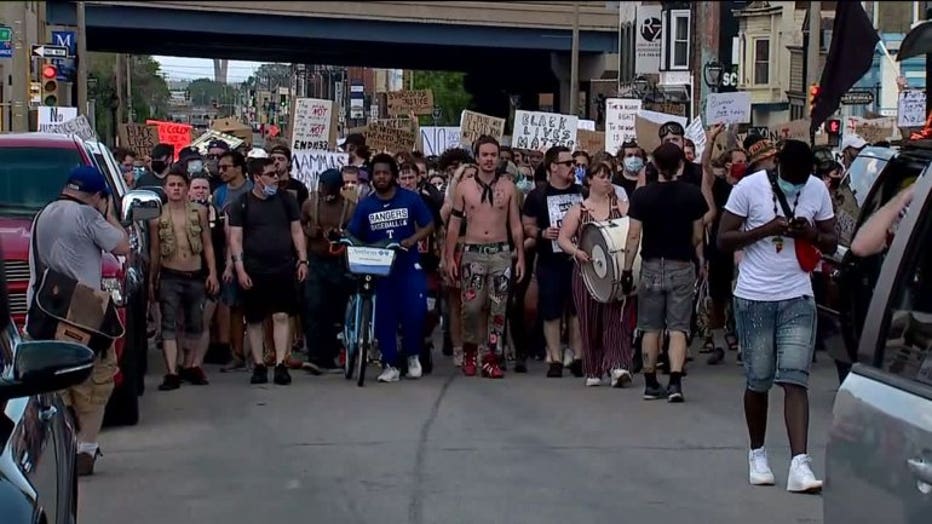 "This is really only the first step. I feel like as a city we've been behind for a long time. We need to continue to build bridges and bring people together," said Milwaukee resident and protester Andy Silverman.

The group continued down National until reaching Miller Park Way, where they turned south and ultimately east down Lincoln Avenue. 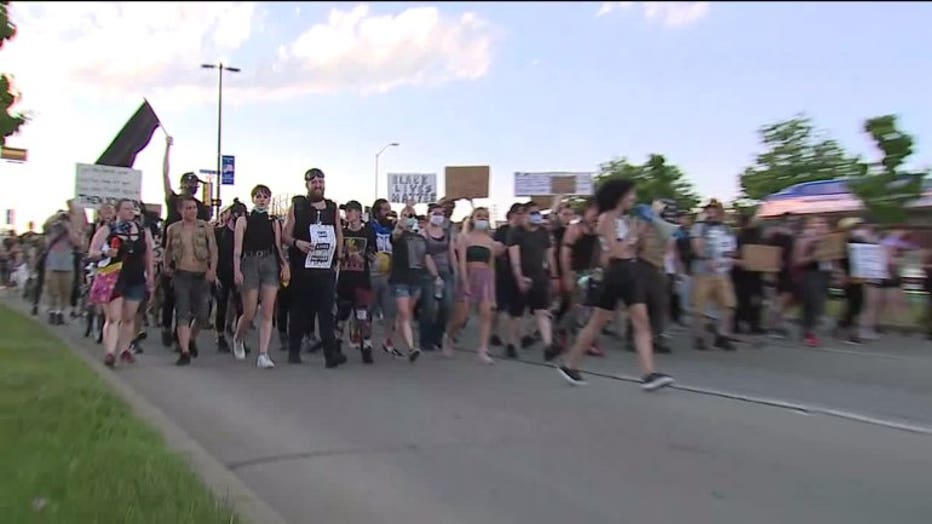 A woman in the crowd held a sign wishing Breonna Taylor, who was killed in her home by Louisville police, a happy birthday; she would have turned 27 years old on June 5. 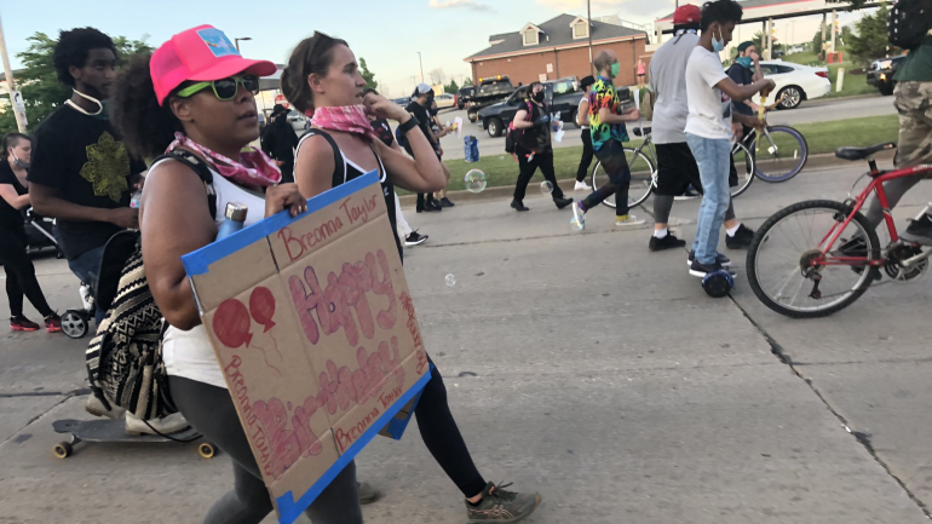 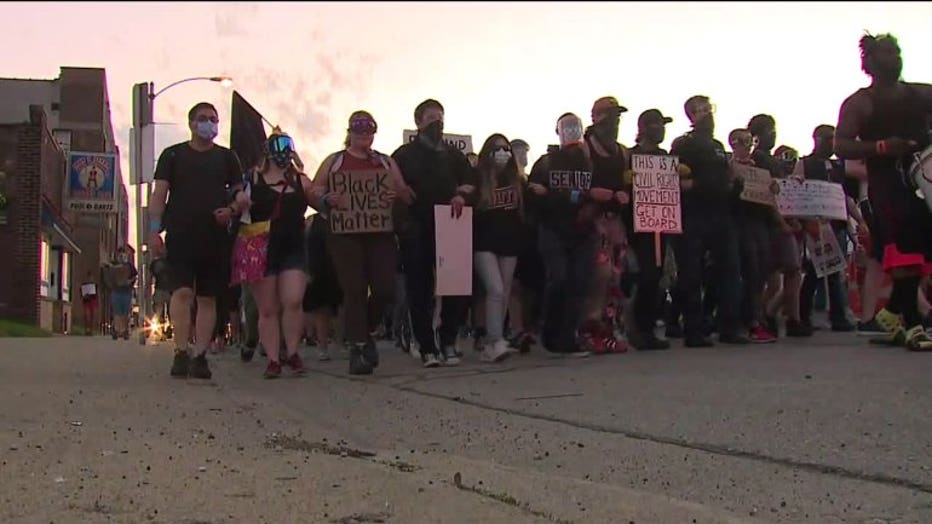 The march paused around 8:15 p.m. as protesters took a break near 38th and Lincoln before continuing the demonstration, eastbound on Lincoln.

The group continued down Lincoln for over an hour, passing the Milwaukee Police Department's District 2 stations.

As the group passed the police station, it re-entered Bay View, headed down Howell and returned to the Humboldt Park area around 10:20 pm. There, organizers thanked the crowd for their participation and, again, discussed safety practices of the march. 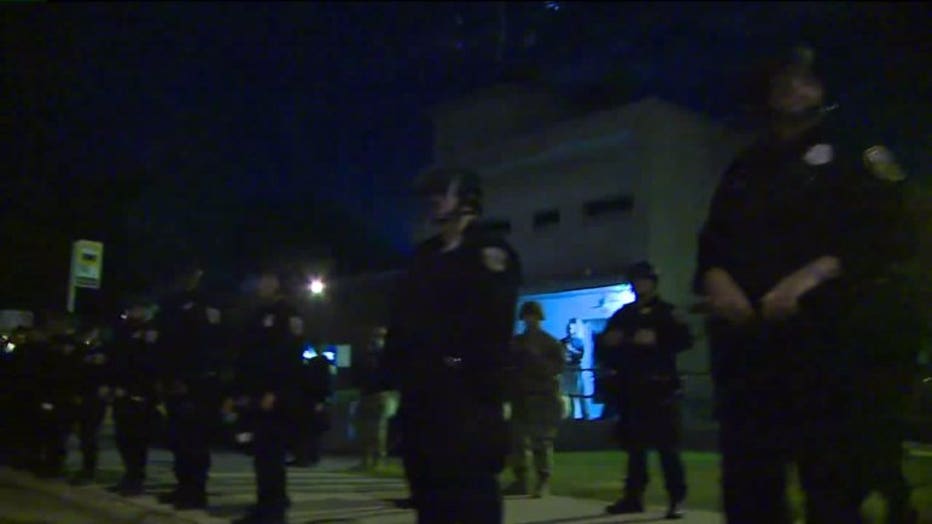 Milwaukee police outside D2 as protesters move past 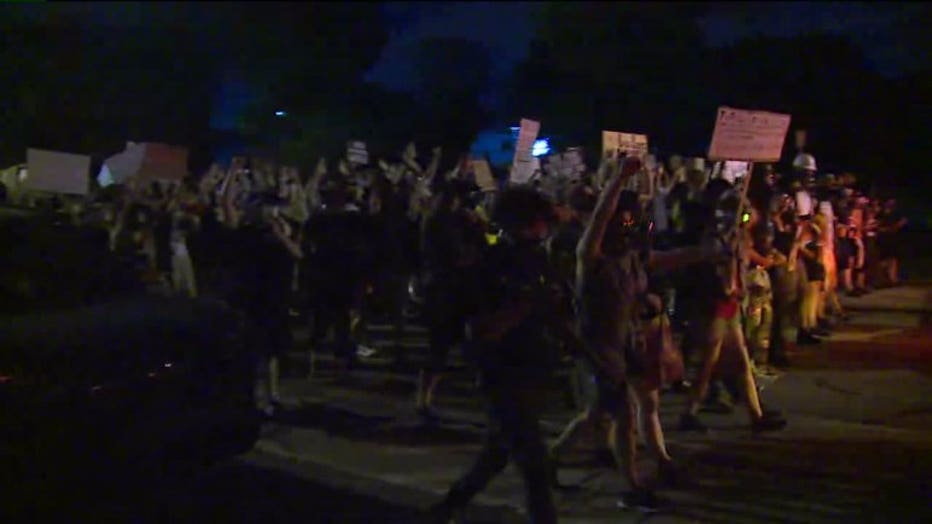 Earlier in the day Friday, demonstrations formed on Milwaukee's north side and in surrounding suburbs, such as Greendale.