During a White House COVID-19 briefing, Jeffrey Zients highlighted companies and businesses that are increasing vaccination mandates and implementing new policies and initiatives to help slow the spread of the highly contagious delta variant.

As new cases of COVID-19 driven by the delta variant sharply climb in the United States, multiple major companies are joining a growing list of employers that have delayed their return-to-office dates.

The U.S. Centers for Disease Control and Prevention listed the delta variant as a variant of concern in the U.S. and noted that it is substantially more transmissible than previous variants.

Companies are implementing vaccination mandates and reinstating preventative health measures such as mask-wearing indoors as cases, hospitalizations and deaths surge across the country.

Major corporations, including Amazon and Google, are preemptively delaying returning workers to the office in an effort to protect employees and halt further spread of the highly contagious delta variant. 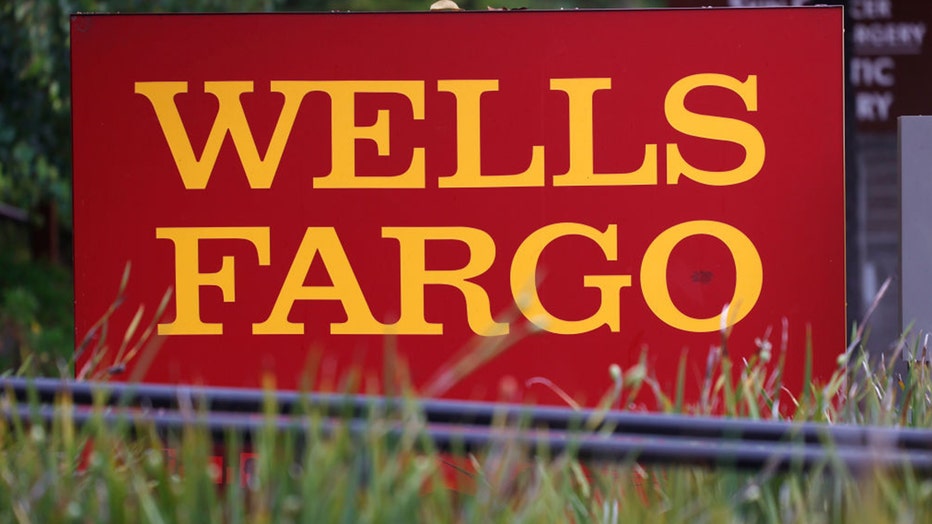 FILE - A sign is posted outside of a Wells Fargo bank on July 14, 2021 in Mill Valley, California.

Some of the nation’s biggest employers are also implementing vaccine mandates for their workers.

Goldman Sachs and Morgan Stanley are requiring workers to disclose their vaccination status, though the financial institutions are not requiring employees to be vaccinated.

Tyson Foods will require all of its U.S. employees to get vaccinated against COVID-19, becoming one of the first major employers of front-line workers to do so amid a resurgence of the virus.

Seattle-based retail giant Amazon has delayed its return to the office for U.S. corporate employees to Jan. 3, 2022 as COVID-19 cases surge nationally due to the delta variant.

According to a memo obtained by Q13 News, the timeline was pushed back from Sept. 7, 2021.

Apple has said that it would push back employees’ return to office date from September to October.

The tech company is also taking steps to protect its workers with new mask requirements. Starting July 29, Apple will be requiring everyone, vaccinated or not, to wear a mask inside most its retail stores.

RELATED: New COVID-19 cases in US surpassed 100K for past 2 days

All Blackrock employees based in the U.S. won’t be returning to the office until Oct. 1 at the earliest, according to a memo obtained by FOX TV Stations.

Only vaccinated individuals will be allowed in offices until the official October return date and masks must be worn indoors in the company’s Atlanta, San Francisco, Los Angeles and Washington, D.C. locations, the company said.

The company is also planning to provide updates on its "Future of Work" pilot program which allows a hybrid work week (three days in, two days flex) in September.

Google is delaying its return to office date from September to mid-October.

The company announced on July 28 that any Google employee coming to work on a Google campus "will need to be vaccinated."

"We’re rolling this policy out in the U.S. in the coming weeks and will expand to other regions in the coming months," Google CEO Sundar Pichai wrote in a blog post. "The implementation will vary according to local conditions and regulations, and will not apply until vaccines are widely available in your area."

Humana also plans to delay returning employees to the office at full capacity until Oct. 18., according to a company statement emailed to FOX TV Stations.

COVID-19 vaccines are not mandated but are "strongly" encouraged.

Uber Technologies Inc. is pushing back its back-to-office date to late October globally, and all employees in the U.S. will have to be fully vaccinated before returning to office, a spokesperson said on July 29.

In April, Uber said it expected its employees to return to office by Sept. 13.

Microsoft also postponed its planned return to the workplace from September to no earlier than Oct. 4, although it will allow flexibility for some employees to continue working from home, including parents of children who are not eligible for vaccines.

U.S. Bancorp is pushing back plans for their corporate employees' return to in-person work at its headquarters in downtown Minneapolis, according to a company spokesman.

The official confirmed workers were scheduled to return on Sept. 7, but the return-to-office date is being delayed until later in the year. Employees will get a month's notice for the new return date.

On Aug. 5, Wells Fargo sent out a memo to all U.S. employees informing them that their return to the office has been postponed until Oct. 4, the company told FOX TV Stations.

"Today, given rising COVID-19 case rates around the United States, we are announcing a postponement of our Return to Office plans until Oct. 4, 2021," the memo read in part.

Why is the delta variant a concern?

The variant currently accounts for 93% of cases in the U.S., according to an estimate by the CDC.

RELATED: COVID-19: What to know about symptoms, the delta variant and vaccines

The CDC calculated the numbers through its national genomic surveillance program, which is tasked with identifying new and emerging COVID-19 variants. Using data from genomic sequencing, the CDC groups sequences with similar genetic changes associated with important epidemiological and biological events into lineages.

New evidence from the CDC released on July 29 revealed that the delta variant can be as contagious as chickenpox. A surge in new cases being spurred on by the variant of concern has led the CDC and federal health officials to reverse their recommendations on mask-wearing indoors.

The CDC changed course on masks on July 27, recommending that even vaccinated people return to wearing facial coverings indoors in parts of the U.S. where the delta variant of the coronavirus is fueling infection surges.

Citing new information about the variant’s ability to spread among vaccinated people, the CDC also recommended indoor masks for all teachers, staff, students and visitors at schools nationwide, regardless of vaccination status.

"Those at highest risk remain people who have not yet been vaccinated. Now is the time to get vaccinated. We know these vaccines are working and we know they save lives," Dr. Rochelle Walensky, director of the CDC, said during a White House COVID-19 press briefing on Thursday.

The Associated Press, FOX Business, FOX KTVU and FOX 9 contributed to this report.