A group of activists who are supporting Schmidt's rival, Earnell Lucas, in the Democratic primary made the assertion on Monday, July 30. Voters on Aug. 14 will choose ex-Sheriff David Clarke's long-term replacement. Schmidt has been the acting sheriff since Clarke resigned last summer. 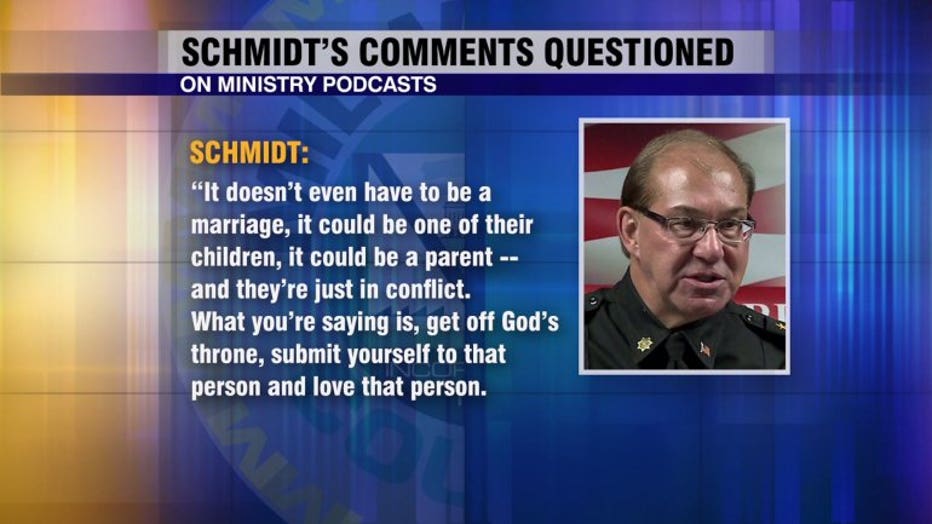 Huffman said people who were in that situation should "quit trying to change your spouse, because that's uncontrollable. Change yourself." Schmidt then picked up the conversation. 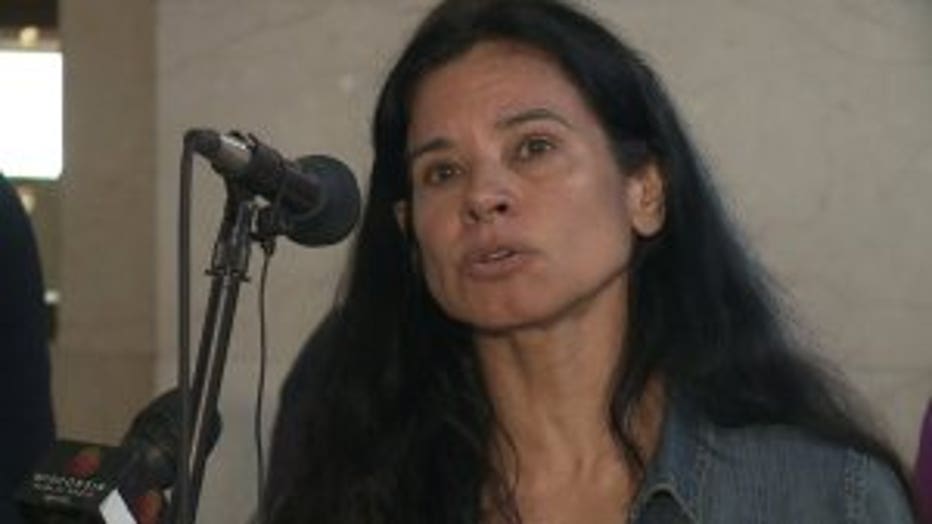 Schmidt said the criticism is politically motivated and not truthful.

"It's an absolutely ridiculous statement. One I would never, ever make," Schmidt said. "Never go back to a violent situation. There's other ways to take of that. Go someplace safe." 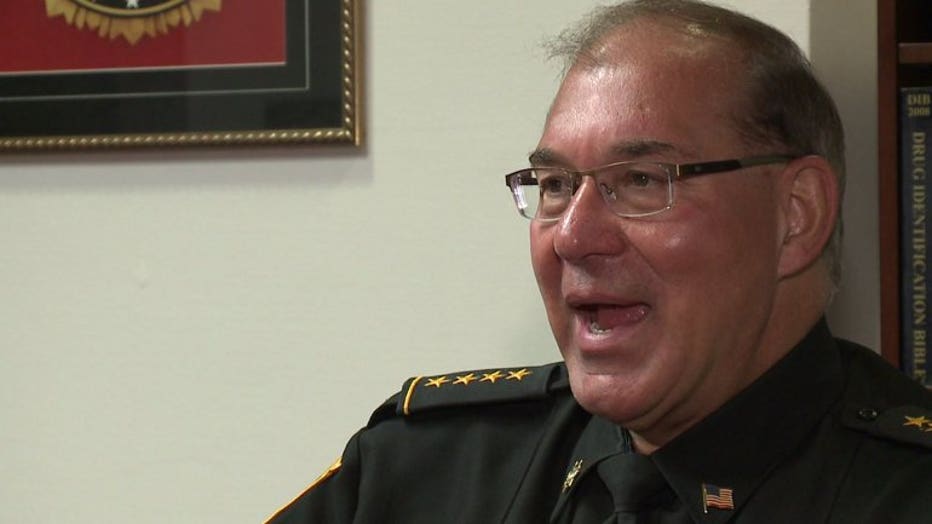 When FOX6 News pointed out to Neumann-Ortiz that Schmidt does not specifically say domestic violence victims should submit to their abusers, Neumann-Ortiz responded that a reporter should "listen to it again."

Schmidt said domestic abusers need to go to jail and that "under no circumstance" should a victim be left in an abusive situation. His critics responded that the acting sheriff's concerns weren't genuine. 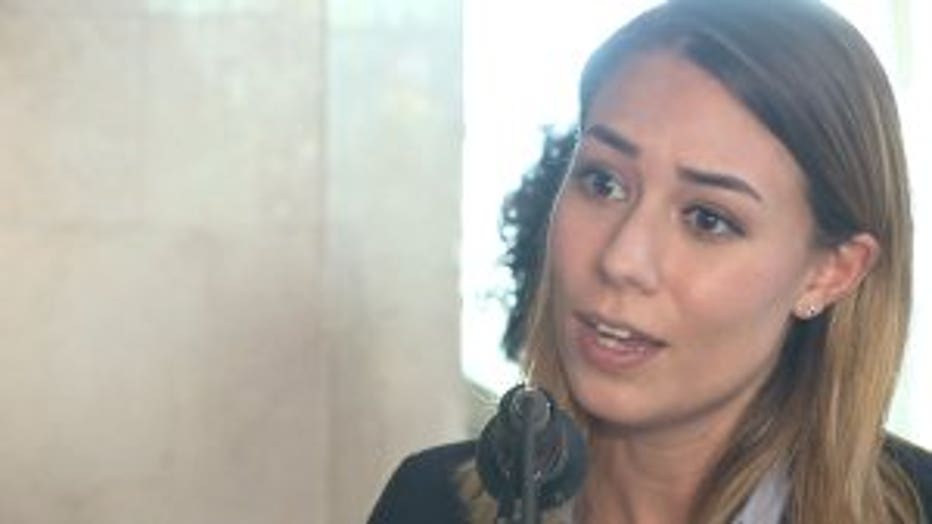 "That's something he could've said or included in that sermon, and he chose not to, and I think that makes a very clear point of where he stands on that issue," said Sarah Pearson, co-founder of Women's March Wisconsin.

Schmidt said the purpose of the podcast was to advise couples who had already decided to remain together.

"So we didn't go into all that. It's a 15-minute podcast. They're very short. They're very specific on topic," said Schmidt. "I hate to put it this way, but common sense alone would make it, would dictate that people get out of that situation."

The Democratic primary between Schmidt, Lucas and Robert Ostrowski is Aug. 14. There are no Republicans on the ballot. 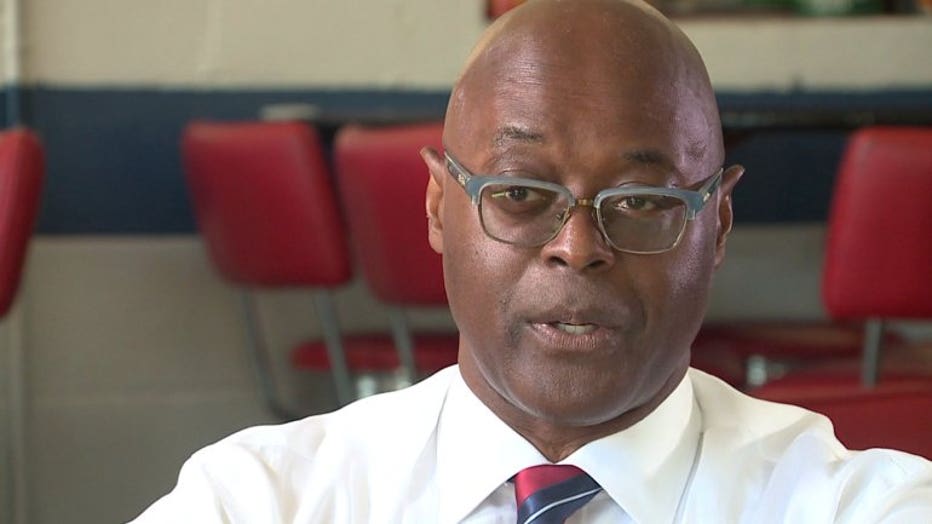 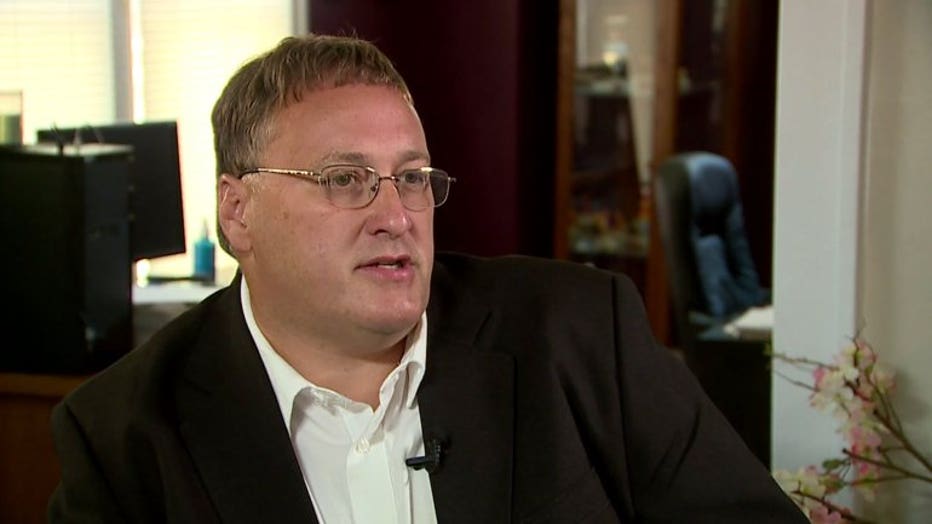 Lucas has earned a series of endorsements from Milwaukee-area Democratic officials and liberal groups. Schmidt is backed by Milwaukee County Executive Chris Abele, whose Leadership MKE group has reported spending $50,000 on online ads for Schmidt.

In a statement, Abele said he was "aware" of Schmidt's ongoing ministry work.

"My endorsement of him in the Milwaukee County Sheriff’s race has nothing to do with his religious beliefs and everything to do with the work I’ve seen from him since leading the Sheriff’s Office after the departure of David Clarke," Abele said.