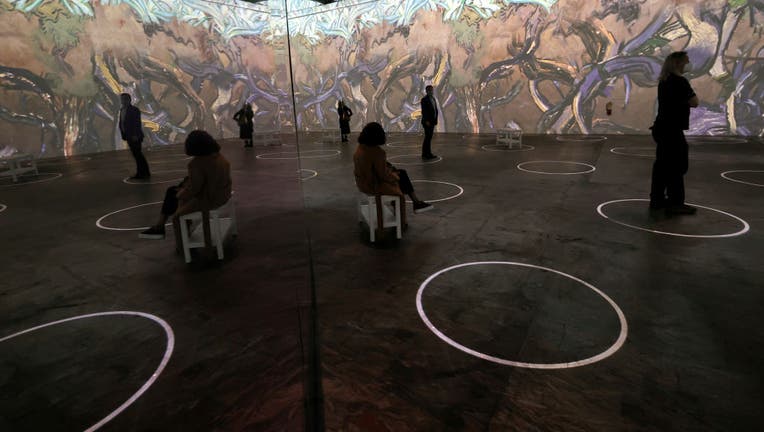 SAN FRANCISCO - A year after the pandemic forced California to shut down, about 90% of the state’s nearly 40 million residents can enjoy a restaurant meal indoors, watch a movie in a theater and sweat it out inside a gym after more counties were authorized to open up for business thanks to slowing coronavirus infection rates.

California has been on a reopening roll since a deadly winter surge that saw skyrocketing hospitalizations and soaring positivity rates. San Diego and Sacramento were among the counties moving out of the most restrictive purple tier, public health officials announced Tuesday.

Mike Leong, president of Bel Mateo Bowl, said he’s beyond excited to welcome back children and their families, even at 25% capacity. The venue was last open for 17 days in November and he can’t wait for the activity and camaraderie to return.

"There’s a reason why they put people in solitary confinement, and we kind of found out what that reason is," he said, adding that people need to socialize. "We’re not going to make a lot of money, but it’s going to hopefully pay the rent."

San Mateo County is expected to advance into the less restrictive orange tier on Tuesday. The move means restaurants can open at half capacity and family entertainment centers and cardrooms can allow people inside.

Los Angeles and a dozen other counties were allowed to reopen Sunday, moving to the lower-risk red tier of a four-tier, color-coded system announced by Gov. Gavin Newsom in August. The system dictates which activities can open based on factors such as a county’s case rates per population and test positivity.

In total, 42 counties of 58 are in the "substantial" red risk level. The 11 counties still in the most restricted tier are largely in the central valley, including Fresno and Kern.

Newsom, a Democrat likely to face a recall vote this year, has been under intense political pressure to get California’s 6.2 million students back in classrooms. He told reporters Tuesday that 9,000 of the state’s 11,000 public schools "have committed to reopening or have already opened," which he attributed to the state’s $6.6 billion plan to urge more school districts to reopen classrooms.

He didn’t say how many schools are actually open or how much instruction they are providing. Critics say that the state has failed to define what "open" means, giving schools the ability to bring back students for one day a week and still tap the state funding. 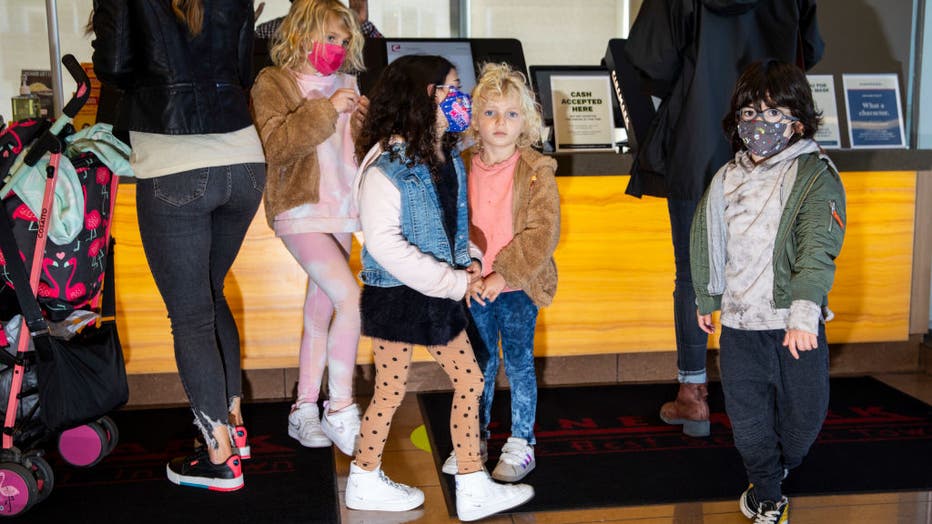 "This is dynamic it’s moving very, very quickly," Newsom said at a school in Alameda County.

He said that 400,000 teachers and school staff had been vaccinated as of Tuesday, helping to fuel the reopening momentum across the state. Lack of vaccine remains a problem, though, with demand far outstripping supply.

In San Diego County, a vaccination supersite at Petco Park will close after Saturday with in-person fans returning for Major League Baseball games starting April 1, UC San Diego Health said in a statement. The percentage of people allowed for sporting and other live events depends on each county’s tier designation.

San Mateo County moving into the orange tier means it can open a raft of businesses with higher capacity than before. Churches, restaurants, museums and zoos can now operate at 50% capacity.

San Francisco Mayor London Breed, who received a shot of the Johnson & Johnson vaccine Tuesday, said she expects the city to move into the orange tier next week.