MILWAUKEE -- One person was taken to the hospital after a crash that ended with a vehicle striking a building near 46th and Lloyd Wednesday afternoon, Sept. 18.

It happened around 2 p.m.

Police said the person who was taken to the hospital suffered injuries not believed to be life-threatening.

FOX6's cameras captured at least two damaged vehicles on scene. It wasn't immediately clear how many vehicles were involved in the crash. 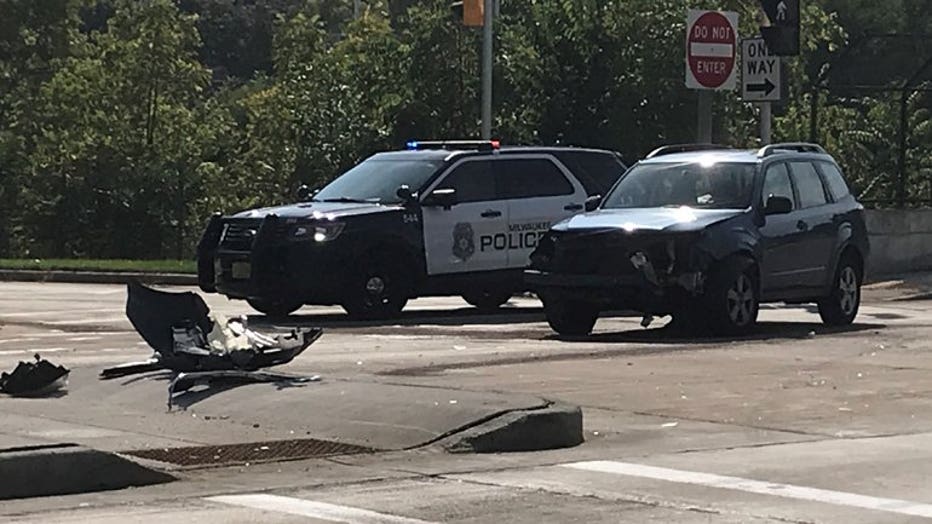