MILWAUKEE -- About 1,000 miles away from Coors Field, diehard Brewers fans on Monday, Oct. 8 were still celebrating Sunday night's victory over the Colorado Rockies for the NLDS championship here in the Brew City. On Monday night, we learned the Brewers will face the Los Angeles Dodgers in the NLCS -- beginning Friday, Oct. 12 at 7 p.m. at  Miller Park. 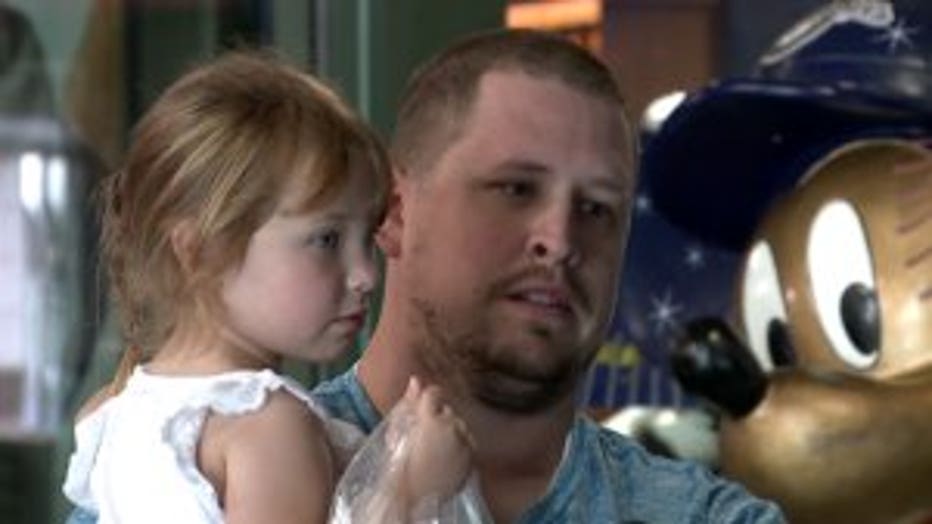 As the Brewers returned home Monday afternoon after sweeping the Rockies, fans were cleaning up too -- picking up their own limited-edition NLCS merchandise unveiled after Sunday's win.

"They're making history. This is huge. It's huge for Milwaukee. It's a great revenue. Gonna bring fans in from all over," said Nick Meyer.

While fans inside the Brewers Team Store at Miller Park scored exactly what they came for -- the same wasn't true for those waiting outside the ballpark.

"Well, I'm trying to get tickets for my son. He's in the Air Force in Charlotte, and he wants to fly home. So here I am," said Bill Behl. 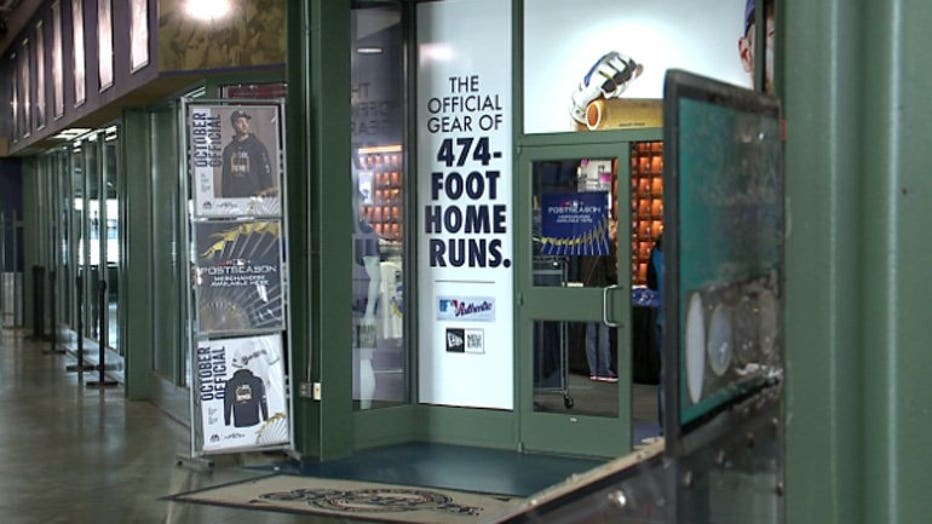 "Someone else coming from the ticket window told me they're only selling tickets online -- surprised," said Patrick Curro. 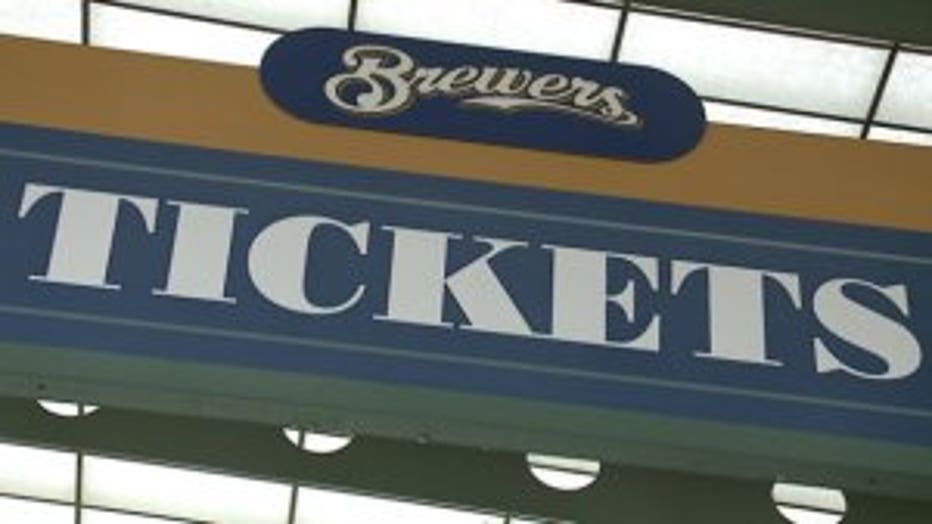 A handful of people lined up at the ticket office Monday -- only to be re-directed to their screens.

"It says 'we are currently experiencing a higher than usual number of fans attempting to buy.' Well, that doesn't surprise me," said Behl.

Still, faithful fans were brewing with excitement at the thought of "chasing history." 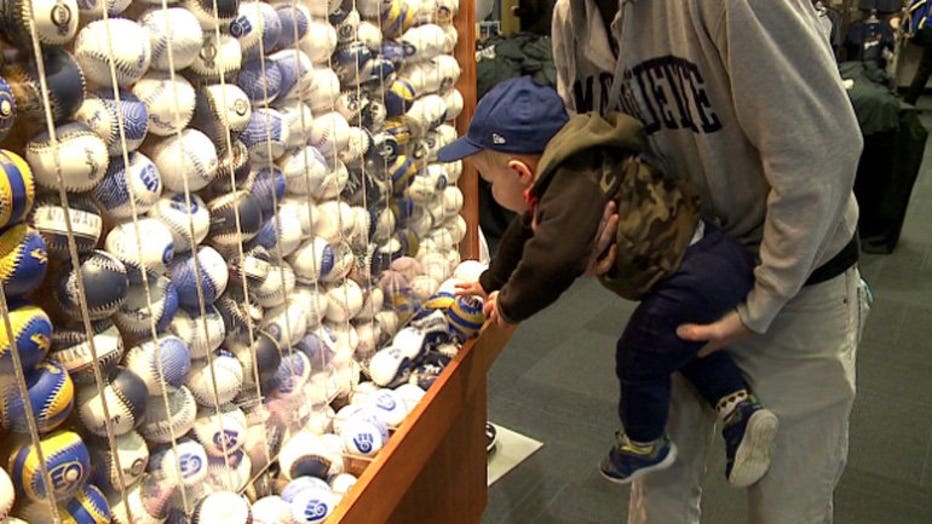 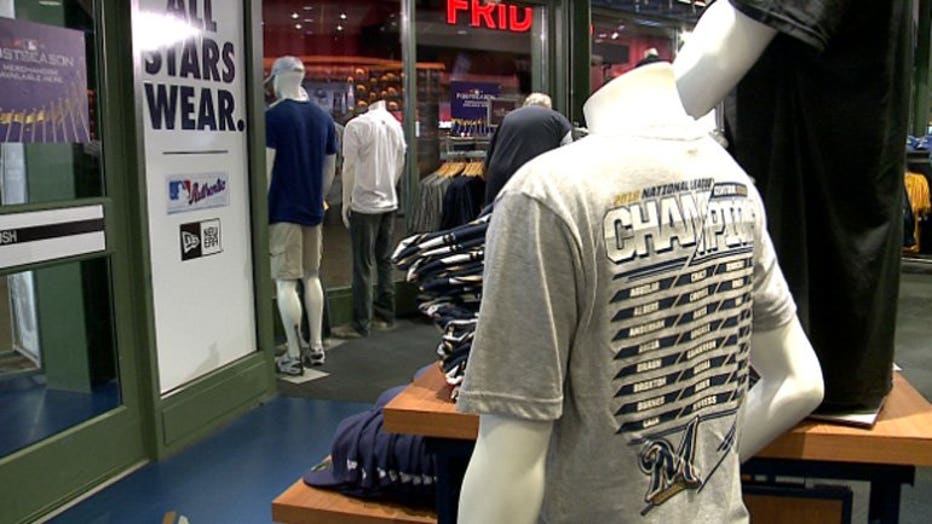 "Didn't think I'd see it again, but here we are," said Behl. 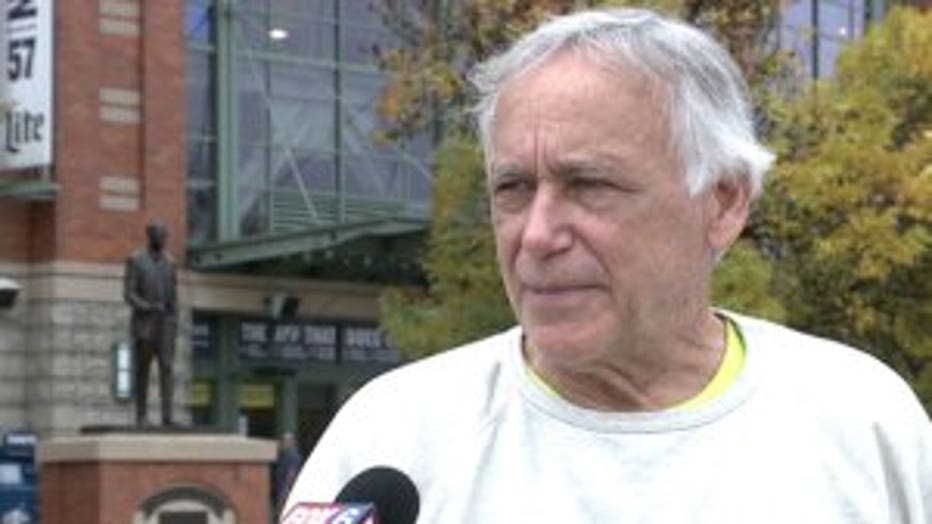 "We are really, really better than anybody imagined," said Curro.

Beginning Monday morning at 10 a.m. Wisconsin residents only were able to purchase up to four tickets for each NLCS home game at Miller Park. To access this exclusive pre-sale, CLICK HERE, and then scroll down to the NLCS Presales tab, and click the green Buy Tickets button under Brewers Insider Presale. Tuesday, Oct. 9, tickets will go on-sale to the general public -- but only online.

There is no password needed to enter the ticketing portal. You will be required to check out with a WI address on your account.

For the most up-to-date postseason information — including details about postseason parking, potential tiebreaker games, the refund policy and more — CLICK HERE.