GREEN BAY -- Quarterback Aaron Rodgers made headlines after he criticized the Green Bay Packers' offense after the victory Sunday, Sept. 30 vs. the Buffalo Bills. Running back Aaron Jones is someone who might be able to add something on that side of the ball. FOX6's Kaitlin Sharkey went "Inside the Huddle" with Jones to talk about the Bills game and more.

"I felt really good about my performance and I was just happy we came out with a win, most importantly. My productivity, I felt like I was explosive and every game, that's what I want to bring to the table," said Jones.

FOX6's Kaitlin Sharkey: "Couple of games in, do you feel like you're hitting the marks that you want to be hitting so far in this season?"

"Uh, yes. I feel like it's a little more I can do like, at the end of runs, extend them. Maybe make it a home run hit, so that's what I'm working on right now -- to better my game," said Jones. 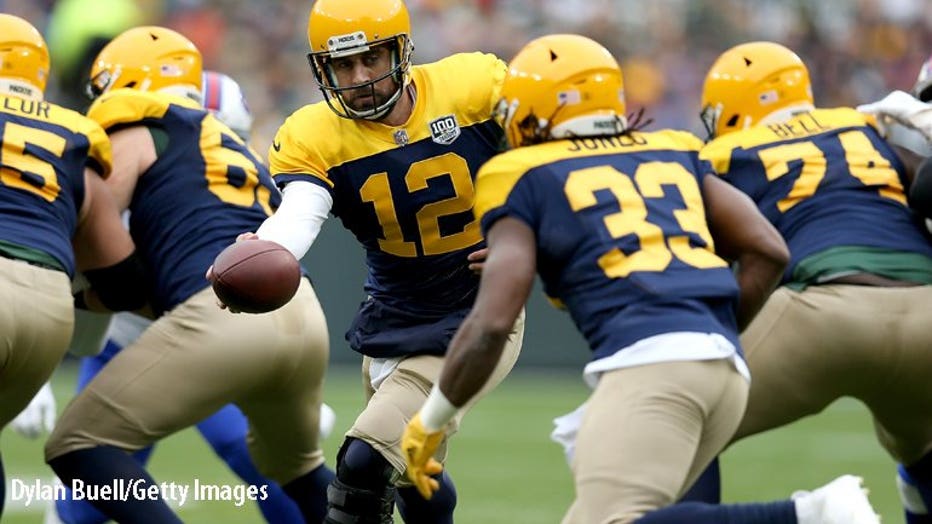 GREEN BAY, WI - SEPTEMBER 30: Aaron Rodgers #12 of the Green Bay Packers fakes a handoff to Aaron Jones #33 during the second quarter of a game against the Buffalo Bills at Lambeau Field on September 30, 2018 in Green Bay, Wisconsin. (Photo by Dylan

FOX6's Kaitlin Sharkey: "There's not a learning curve necessarily for you, but do you feel like you're still kind of finding your stride as a back on this team?"

"Yes and no. Just because there's three backs, so you have to find your role from that aspect. I do, with this being my second year, I do feel more comfortable. I've had time in the system, so I feel like my, more of my learning curve was last year," said Jones.

FOX6's Kaitlin Sharkey: "After the game, Aaron Rodgers was talking about how the offense wasn't up to par, what he thought was up to par. Do you take that as the expectations are high and we should have performed better or what is your reaction to those kind of comments?"

"Oh yeah, the expectations are always high. We want to put a lot of points on the board. We only had 22. We want to put more than that -- and we had the ball a couple of times in the red zone and we ended up kicking field goals or getting pushed out of field goal range, so it's just things we gotta correct and we'll be there," said Jones. 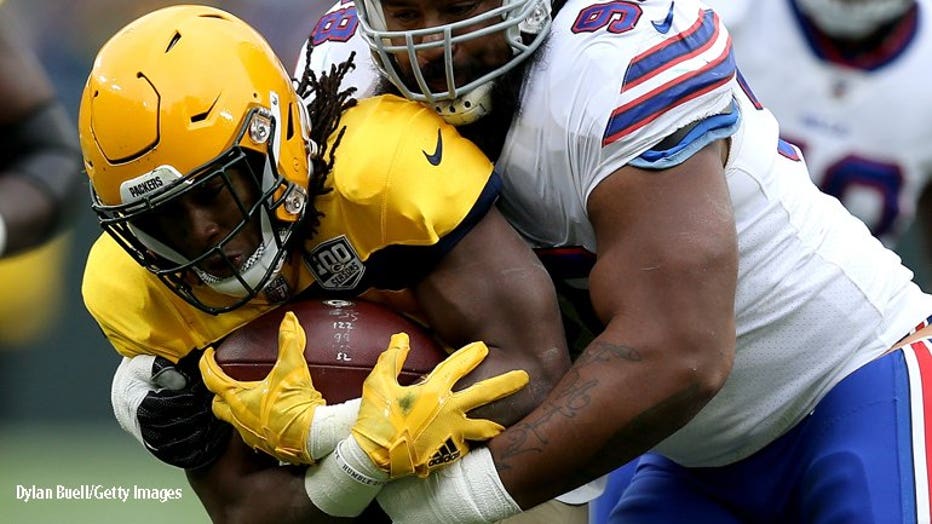 GREEN BAY, WI - SEPTEMBER 30: Aaron Jones #33 of the Green Bay Packers is tackled by Star Lotulelei #98 of the Buffalo Bills during the second quarter of a game at Lambeau Field on September 30, 2018 in Green Bay, Wisconsin. (Photo by Dylan Buell/Get

FOX6's Kaitlin Sharkey: "What do you think the strength of the running back group is right now for you guys?"

"I just think it's that we're diverse. All three of us can do different things, and we bring a different aspect to the game when we're in the game," said Jones.

FOX6's Kaitlin Sharkey: "How do you approach each game, because it's kind of a season in the NFL where there's no clear cut, you know, this team's gonna be really good. It's kind of like everybody changes every week. What is kind of your mindset going into each and every game?" 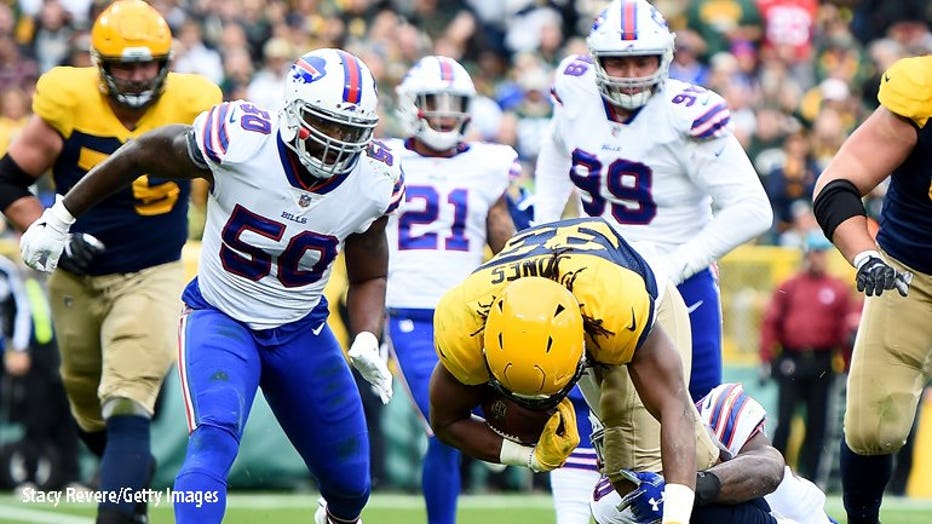 GREEN BAY, WI - SEPTEMBER 30: Aaron Jones #33 of the Green Bay Packers scores a touchdown during the second quarter of a game against the Buffalo Bills at Lambeau Field on September 30, 2018 in Green Bay, Wisconsin. (Photo by Stacy Revere/Getty Image

"You just gotta be prepared. I mean, you never know what can happen. It's, the NFL -- the teams are set up to be competitive, so each team has a chance to win the Super Bowl, so you just have to bring your 'A game' every week because those guys are professionals as well," said Jones.

FOX6's Kaitlin Sharkey: "What do you think this offense has to do to put those points up on the board?"

"Start fast. Just execute. Get on one page and finish when we get the ball down there in the red zone," said Jones.