GREEN BAY -- Craig James was on the Philadelphia Eagles' practice squad at the beginning of the week. The short-handed Eagles promoted the second-year undrafted cornerback to the active roster two days before the prime-time matchup in Green Bay Thursday, Sept. 26. James responded by making the game-winning play in the 34-27 win over the Green Bay Packers. With 25 seconds left, James jumped a quick slant by Marquez Valdes-Scantling and tipped Aaron Rodgers' pass into the end zone where Nigel Bradham collected it and sealed the victory.

"Yeah, I mean, we lost the game," said Valdes-Scantling. "That was not the result that we wanted, especially at home. You know we had a tough battle and we went out and fought and gave it everything we have. Just didn't come out with the win."

FOX6's Tim Van Vooren: "Listening to the postgame comments from Matt LaFleur and Aaron Rodgers, they talked about getting down into the red zone, but not being able to convert enough, three out of seven. Did that game kind of come down to that?"

"Yeah, I mean, you get down to the red zone, you want to score touchdowns, and we just didn't score enough to go out and win the game," said Valdes-Scantling. 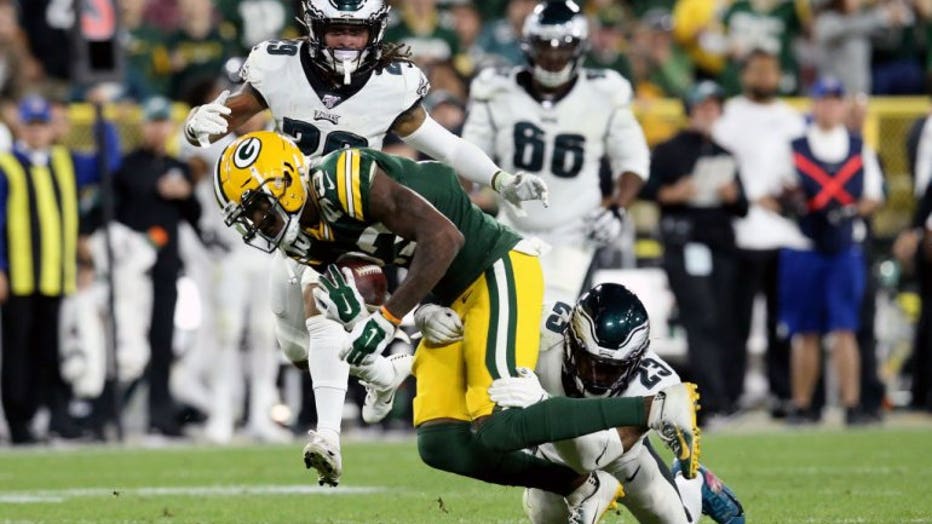 FOX6's Tim Van Vooren: "A lot of passing yards tonight. Aaron Rodgers up over 400 yards. You guys haven't shown that yet this year. Is this signs of what this offense can do? Again, you won the first three games. No complaints about them whatsoever, but the yards weren't there like they were tonight. Is this an example of what the team can do with the ball?"

"Yeah, I mean, it's obviously growth," said Valdes-Scantling. "You know, we've gotten better every week on offense, and we're still learning what we can do and what we can't do and what we're good at, but obviously, stats don't matter when you've got a loss, so that's the ultimate goal -- is that we want to win the game."

FOX6's Tim Van Vooren: "There was a play right down here on the sideline, and a lot of people thought you were interfered with. It was not called interference. What's your sense of what that penalty is in this NFL today?" 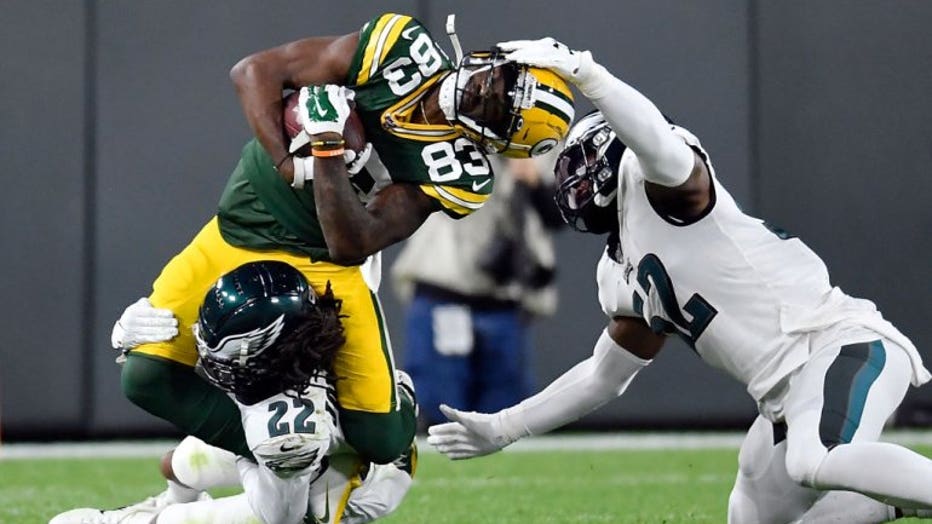 "I mean, as a receiver, you definitely know what pass interference is," said Valdes-Scantling. "Obviously, you always want the call, but, you know, there's some plays that, you know, you can't control, and they gave the defense the benefit of the doubt. I didn't get the call, but you can't control what the refs see, what they call. You've gotta go out and play the game."

FOX6's Tim Van Vooren: "If someone had said, 'Marquez, you can be 3-1 after the first month of the games,' would you have taken that?" 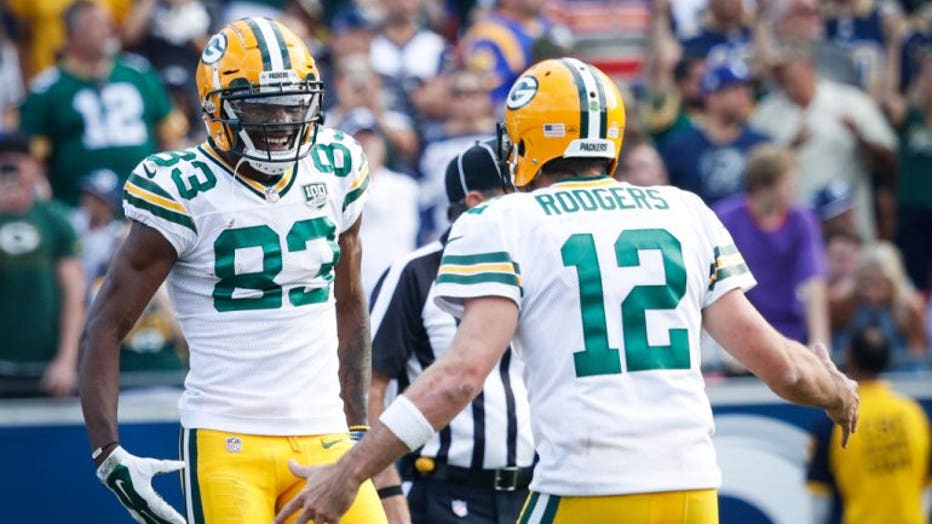 FOX6's Tim Van Vooren: "You get a little extra time. Does that help early in the season before you play next, which will be at Dallas (Oct. 6)?"

"Yeah, I mean, definitely," said Valdes-Scantling. "We had a bunch of games back to back, you know, in a short amount of time, so that will give us time to recover and get back on our regular schedule."