GREEN BAY, Wis. - Green Bay Packers Head Coach Matt LaFleur is 8-0 against his division rivals after Green Bay's two dominant wins over the Minnesota Vikings and Detroit Lions. FOX6's Lily Zhao went one-on-one with kicker Mason Crosby to talk about the offense's hot start and another milestone he crossed in his 14th year in the league. 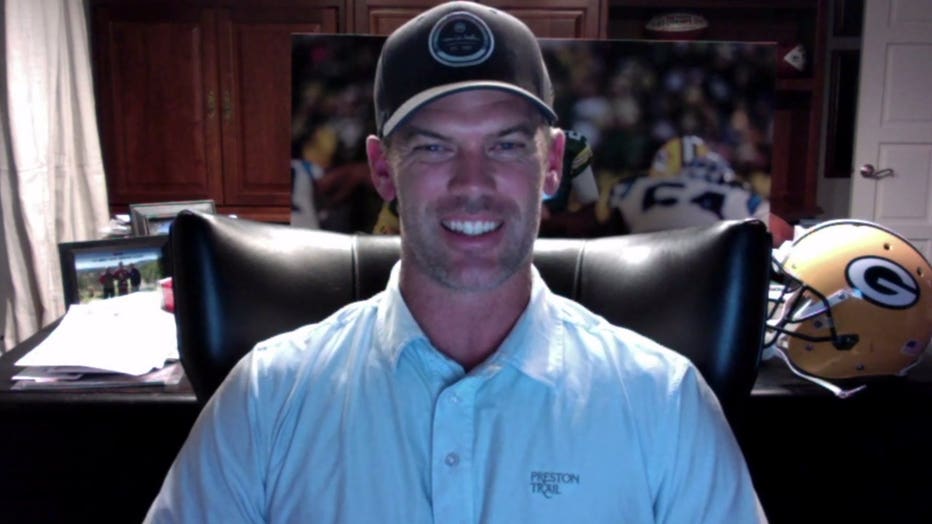 FOX6's Lily Zhao: "Well, Mason, first of all, the Packers, another huge win in Week Two. We've seen this offense in the first two weeks, 85 combined points, over 1,000 yards of total offense and nine total offensive touchdowns. As kind of a guy watching from the sidelines, what have you really thought of the offensive performance so far this season?"

"Yeah, we just, just seemed like. in total control," said Crosby. "It just feels like Aaron's got a great control of that offense, and he's making checks, making calls, getting guys where he wants them, and then just making, you know, obviously, we're taking shots down the field when we need to, but our running game is efficient. Yeah, just hitting on all cylinders, so it's been fun to watch from the sideline. The leg's been a little tired, you know? I'm getting some extra kicks here these first two games, so it's exciting being able to get on the field and help this team, but yeah, t's been fun these first two weeks and we gotta keep it rolling." 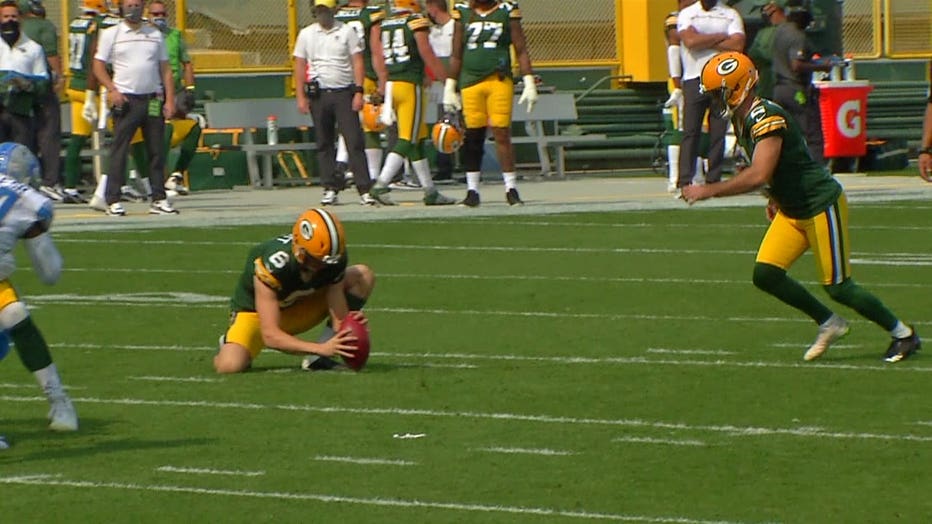 FOX6's Lily Zhao: "Now, we've seen you kind of single-handedly win both games against Detroit last year on that last-second field goal in both games. Was there just a part of you that thought, maybe, 'Hey, I'm up for a third time in Week Two?'"

"Well, you know, they started fast this week, and it was one of those where, oh my gosh, are we trail again and have to come back, whatever, but we did a good job kind of staying the course. Yeah, I always like game-winners, but I was happy to win by 21. That's never a bad thing either." 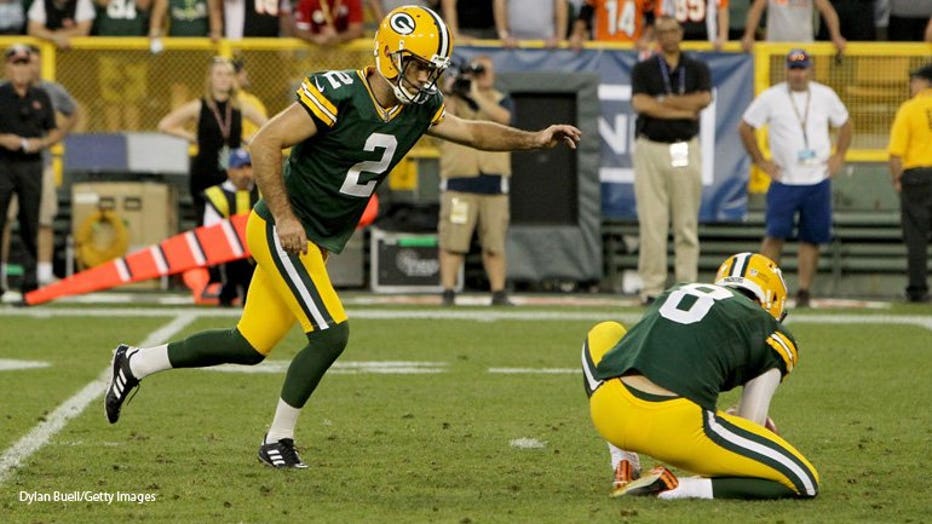 "Yeah, I did hear that," said Crosby. "I got a couple texts after the game. Someone must have said something so that, it's special. You know, it's kind of wild here in my 14th season to be on that list at all, you know? As a kid, if I would have thought that that was something that could be accomplished, that might have even been too lofty of a goal just to be top 25 in scoring in the NFL. My goal is to continue to do my job,and to continue to add to that. At the end of the day, whenever this career is over, I'll look back and all these fun little stats will be cool things to look back on, reflect on." 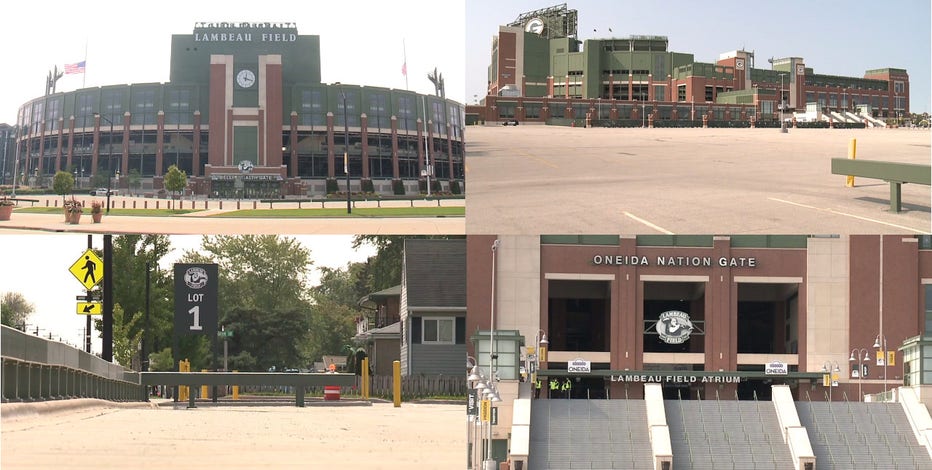 'It was shocking:' Empty Lambeau, Stadium District for Packers opener

There were no fans in the stands at Lambeau Field and no tailgating in the parking lot during the Green Bay Packers home opener amid COVID. 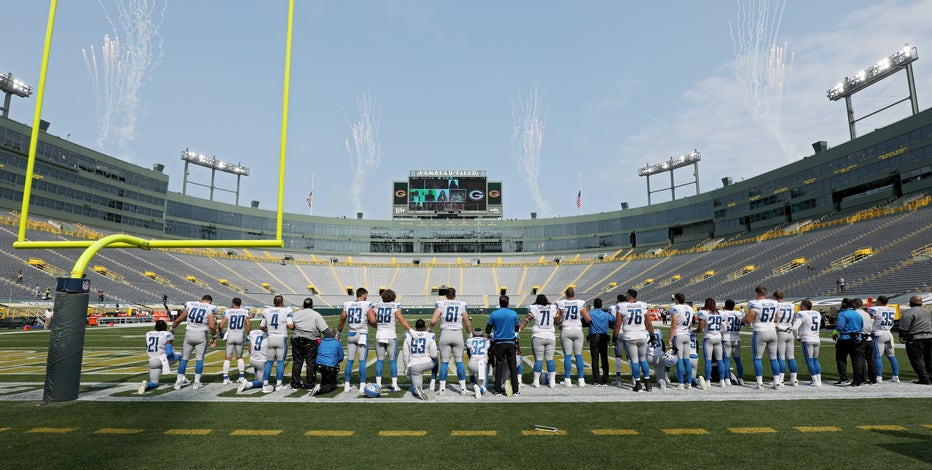 Packers, several other NFL teams stay off field during anthem

About 20 Lions players turned around and faced the flag from where they were positioned at the end zone at Lambeau Field, some kneeling. 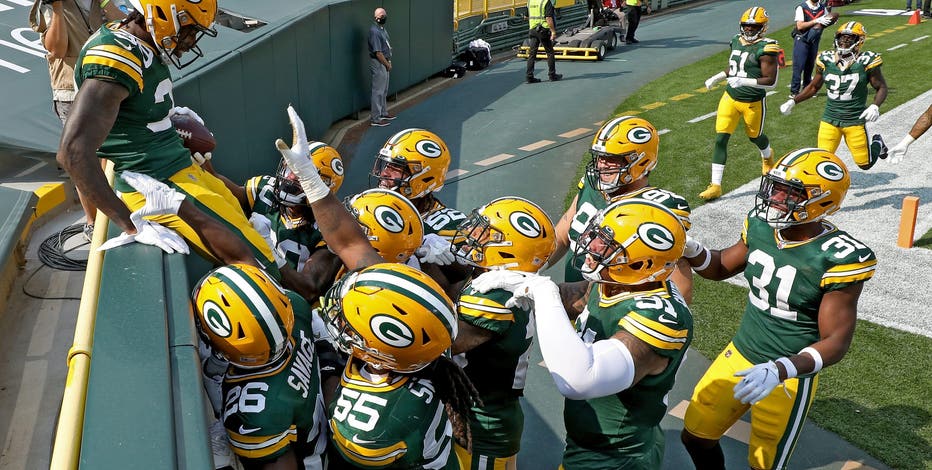 The Packers head into Week 3 2-0 after their 42-21 win over the Lions at Lambeau Field.