MILWAUKEE -- Frank Jude Jr., a man who was beaten by Milwaukee police officers more than a decade ago, who later settled with the city for $2 million, was arrested Saturday, April 8th -- accused of destroying the inside of a gas station in an incident caught on camera.

Police confirmed Jude was arrested in connection to a damage to property incident that happened on April 8th around 10:30 p.m. in a business located on Teutonia Avenue near Roosevelt Drive.

Police say Jude was seen throwing merchandise and damaging property inside. He was arrested at the scene.

The case will be presented to the Milwaukee County District Attorney’s Office in the coming days for potential charges of damage to property, disorderly conduct, and bail jumping. 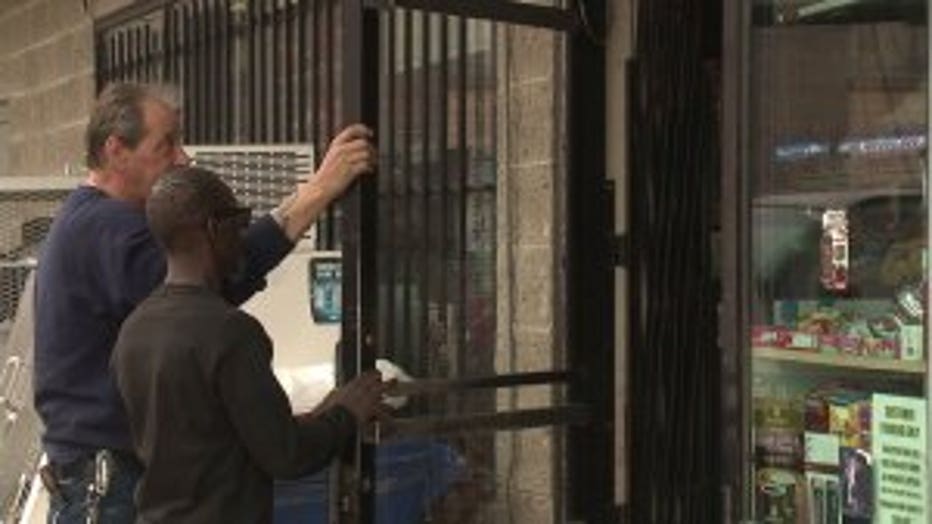 Workers were repairing the glass door at the gas station Monday.

"I was just coming to get some gas and, next thing I know, I see a man flipping out. I don't know what he was talking about. He sounded real crazy. He was tearing up everything in sight. Just going crazy. I'm talking about breaking the windows, snatching the chips up off the floor," Quaisaan Dillon said.

Video of the incident inside the gas station has been shared thousands of times on Facebook. In that video, the man wrecking the gas station said his name is Frank Jude Jr.

The surveillance video shows the man throwing items, ripping off his shirt and swinging it over his head before eventually crawling on his stomach amid the mess he's made -- before eventually submitting to police.

A source who is familiar with Jude's history said this alleged outburst is in line with his past behavior. He said he hopes the video of this incident will be enough to get him some long-term help.

"He was mad. He was real upset," Dillon said.

Jail records show Jude is being held on a little more than $1,000 bail.