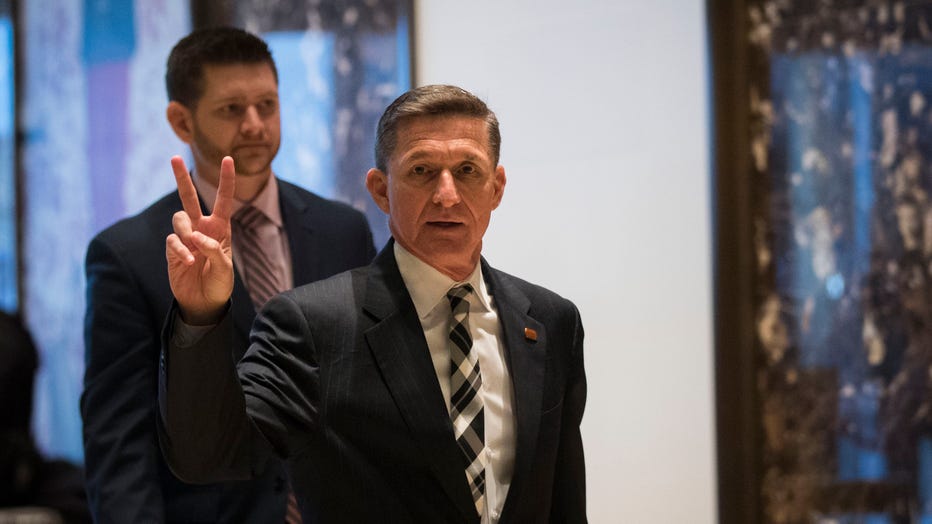 A request for immunity from a ‘witch-hunt’

The Senate intelligence committee on Friday turned down an ousted presidential adviser’s offer to testify about possible ties between the President Trump campaign and Russia in exchange for immunity from prosecution.

Retired General Michael Flynn — who was forced to resign from his post as President Donald Trump’s national security adviser amid allegations that he illegally meddled in U.S.-Russian diplomatic affairs — said on Thursday that he was willing to testify before the U.S. Senate and the House of Representatives intelligence committees. Both have been tasked with investigating allegations that the Russian government interfered with the November presidential election to benefit Trump.

On Friday, an unnamed congressional official told NBC News that immunity for Flynn is “not on the table” right now in the Senate investigation. Meanwhile, Rep. Adam Schiff (D-Calif.), the ranking member of the House intelligence committee, said it was too soon to grant anyone immunity, but called Flynn’s ask a “grave and momentous step.”

Flynn’s lawyer did not specify what kind of information Flynn may reveal during the proposed testimony, but insisted that the general “has a story to tell.”

“And he very much wants to tell it, should circumstances permit,” Flynn’s lawyer, Robert Kelner, said in a Thursday statement, adding that the general should get immunity in exchange for his cooperation.

“No reasonable person, who has the benefit of advice from counsel, would submit to questioning in such a highly politicized, witch-hunt environment without assurances against unfair prosecution,” Kelner wrote.

Election meddling and a phone call with Moscow

The House and Senate panels are investigating intelligence reports that Russian hackers broke into Democratic databases in an effort to undermine the party and help President Trump, a Republican, win the White House. Phone records have shown that staffers from President Trump’s campaign had repeated contact with Russian officials throughout 2016, but President Trump has insisted that he doesn’t know of anyone who had contact with Russia before his inauguration.

Hackers leaked emails from the The Democratic National Committee system in July 2016, and a second breach was uncovered in October, when emails from the private account of Hillary Clinton’s chairman, John Podesta, were published to WikiLeaks. The Obama administration announced it was “confident” that Russia was behind the leaks.

In December, both the CIA and the FBI announced that the hacks were committed, at least in part, in a bid to help President Trump win the election.

On Dec. 28, then-President Obama struck back at Russia for the interference, announcing new sanctions against Russia as punishment for the meddling. The same day, Flynn and Russia’s ambassador to the U.S., Sergey Kislyak, spoke on the phone.

In a Jan. 15 interview, Pence insisted that Flynn was just establishing a line of communication with Kislyak — “exactly what the incoming national security adviser should do,” he said — and said timing of the call was “strictly coincidental.”

But weeks later, unnamed officials told the Washington Post that Flynn and Kislyak had specifically discussed the new sanctions. Pence’s staff insisted that he publicly defended Flynn because the general assured him he had only exchanged holiday pleasantries with the ambassador.

President Trump asked for Flynn’s resignation on Feb. 13, with the White House claiming it was due to an “eroding level of trust” in the general.

Flynn has not been charged with any crimes, and officials previously said they did not expect him to be. The FBI could have pursued charges against him for allegedly misleading investigators who asked about the phone call in January, and his critics had suggested that the Justice Department could charge him for allegedly violating the Logan Act, a federal law that bars private citizens from conducting diplomacy. Neither charge was ever levied.

Last week, the committee announced that it was looking into Flynn’s interactions with foreign nationals before he joined the President Trump White House. In March, Flynn filed paperwork acknowledging that the Turkish government paid his consulting firm more than $50,000 to lobby for its interests in the U.S in the fall of 2016 — while he was also working on President Trump’s campaign and attending intelligence briefings.

House Oversight and Government Reform Committee Chairman Jason Chaffetz (R-Utah) on Friday said that Flynn’s immunity ask — which comes in the absence of charges — is “mysterious” and “doesn’t look good.”

“If all of a sudden you have somebody stand up and say, ‘Hey, I need immunity,’ you know, it kinda raises your eyebrows,” he said in a Fox News interview. “I mean, immunity from what?”

Flynn himself previously claimed that anyone looking for immunity may be guilty.

"When you are given immunity, that means you have probably committed a crime," Flynn said in a September interview with NBC.

As the House committee probes Flynn’s past, some intelligence officials suggested that his ties to Russia started long before the December phone call. In 2014, when he was working as the director for the Defense Intelligence Agency — a government agency that specializes in military intelligence — he allegedly became close to a Russian woman who claimed to have access to classified Soviet-era intelligence records, the Guardian reported Friday.

The two sent frequent emails: In one exchange he even signed himself as “General Misha” which is Russian for Mike. But Flynn never disclosed the contact — which he would have been required to do as part of the process of obtaining and maintaining a security clearance.