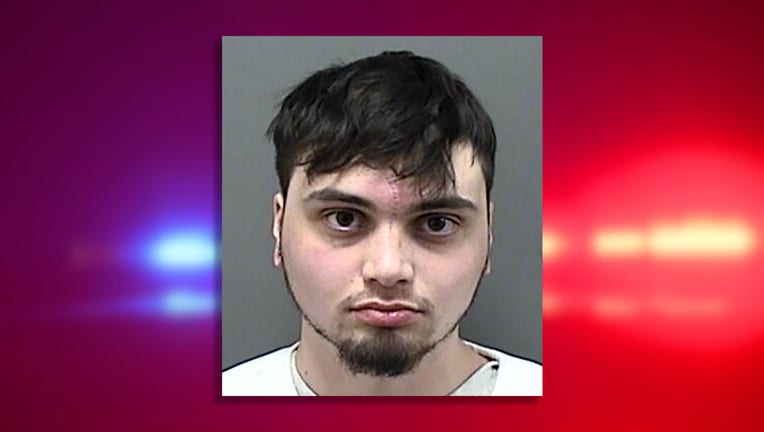 RACINE, Wis. - A 23-year-old Racine man faces 14 total counts -- four of which are for felony bail jumping -- in connection to videos that were posted on a pornographic website.

Police say Louis Johnson Jr. posted two videos online, showing him performing sex acts with a girl who was 16 at the time.

A criminal complaint states that Johnson made an initial court appearance in February 2019, charged with felony second-degree sexual assault of a child and strangulation and suffocation. He was released on bond and ordered not to commit any new crimes or have unsupervised contact with children.

On June 11, 2020, Racine police were dispatched to a residence. The victim, now age 18, told police that Johnson had posted two sexually explicit videos of her online. The videos were taken in 2018 when she was 16 years old. At the time, Johnson was 22 years old.

Police obtained reports from the site to which the videos were posted, showing that they were made public on May 31, 2020, minutes apart, by a user account named "dudelouis666." The account was linked to a Louis Johnson with a date of birth and a phone number -- all of which matched the defendant.

When police arrested Johnson on Oct. 12, he told police that no one else uses his phone or has his passcode.

Johnson faces the following charges related to the incident:

Johnson was previously convicted four times from October 2016 through December 2019 for four different offenses, including bail jumping and disorderly conduct.