MILWAUKEE -- Milwaukee police are asking for the public’s help identifying a suspect wanted for an armed robbery at a Walgreens store -- located near 76th and Mill. It happened around 3:40 a.m. on December 28th.

According to police, the suspect entered the store, approached the cashier, showed a pistol and demanded money. The suspect then took the money and fled the store to a dark-colored sedan. 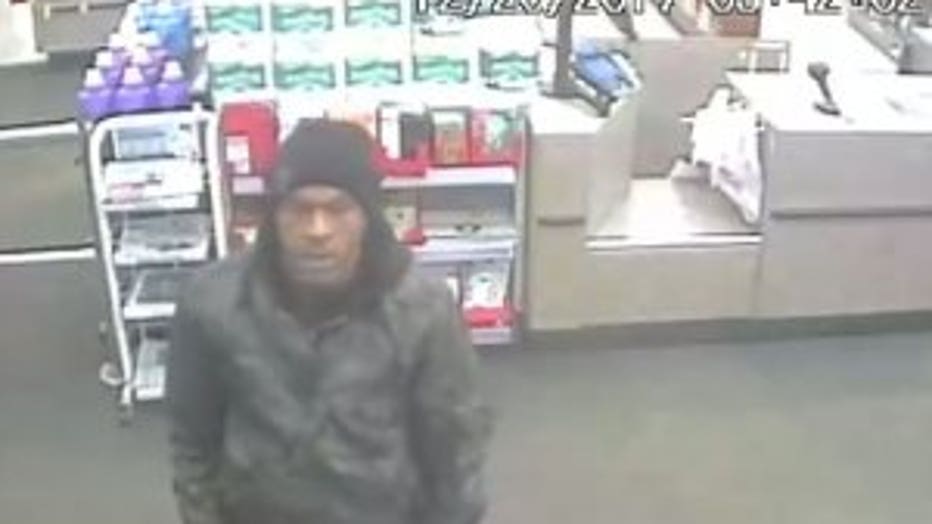 The suspect is described as a black man in his 30s, standing around 5’7” tall, and weighing 150 pounds. He was last seen wearing a black winter hat, a waist-length zippered jacket and black pants.