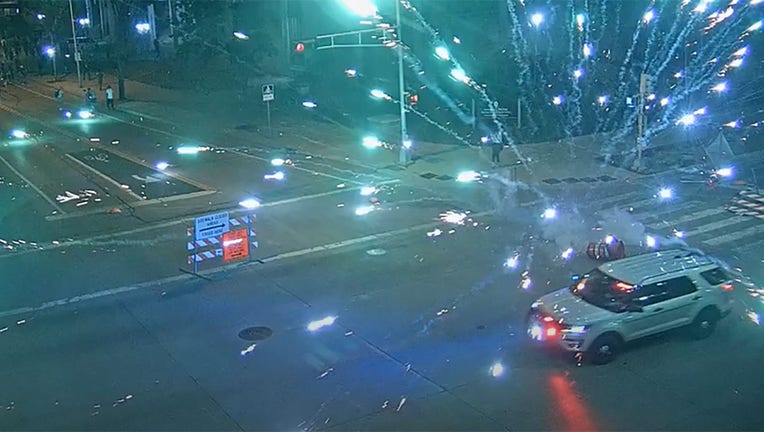 According to a WMTV report, police said the incidents happened early on Aug. 26 during the unrest that erupted following protests the previous night.

The fireworks, which police described as commercial-grade, landed close to one vehicle and the flash from the blast enveloped the vehicle.

In a second incident, an officer’s dashcam video recorded a firework exploding right in front of a police vehicle. According to the Madison Police Department, nearby officers were trying to stop other criminal activity when it was fired, around 2 a.m. that morning.

Madison police said nobody was injured in either incident.

Investigators are asking anyone with information about the incidents, or other crimes from that night, to contact police.