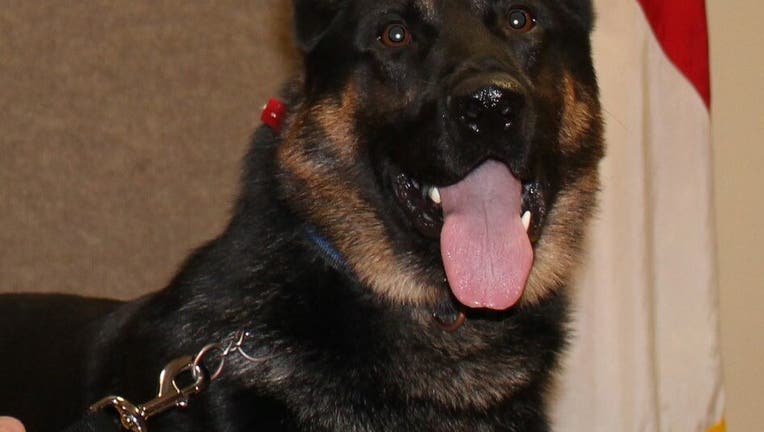 COLUMBIA COUNTY, Fla. - The Columbia County Sheriff's Office in north Florida is mourning the loss of one of its own.

Drago was taken to a veterinarian clinic in Lake City for treatment, where deputies said he started showing signs of improvement.

He was released to go home to his handler. Sadly, when his handler checked on him that evening, CCSO said it was discovered that Drago had passed away.

"It really hurts to lose a member of the CCSO family. Drago was one of our most senior Canine Deputies and his loss will be felt within our K9 program and our CCSO family," Sheriff Mark Hunter said in a statement.

Drago served the community alongside CCSO since November 2017.