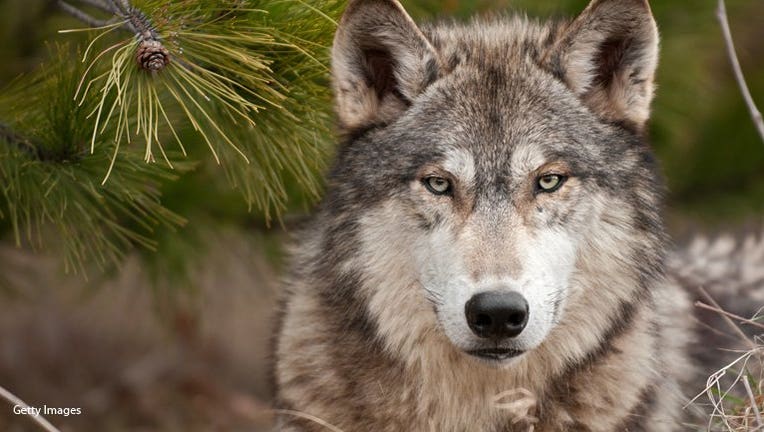 MADISON, Wis. - Wisconsin's wolf season will end across most of the state Wednesday after hunters and trappers filled half of the statewide quota in a little more than 24 hours, state Department of Natural Resources officials announced Tuesday.

The DNR launched the hunt on Monday morning. It's scheduled to run through Sunday. As of Tuesday morning, hunters and trappers had taken 60 wolves, filling 50% of the 119-animal state quota.

Department officials announced that they will end the season in three of the state's six management zones effective 10 a.m. Wednesday. The zones include the southern two-thirds of the state as well as a swath of far northeastern Wisconsin. The zones were a combined 17 wolves shy of their 62-animal combined quota as of Tuesday morning.

The DNR estimates about 1,000 wolves roam the state.

The Trump administration removed wolves from the federal endangered species list in January, returning management to the states. Wisconsin law mandates an annual wolf hunt be held between the beginning of November and the end of February.

The DNR had been planning for November season start but hunting advocacy group Hunter Nation sued for an immediate start, arguing President Joe Biden's administration could re-list wolves before November. A Jefferson County judge earlier this month ordered the DNR to launch a hunt immediately.

Wisconsin DMV extends license renewal for drivers age 60 and over

The deadline to renew expired licenses for drivers age 60 and over has been extended to May 21, 2021.

The state Assembly was poised Tuesday to sign off on a bipartisan bill designed to jumpstart updates to Wisconsin's antiquated unemployment claims processing system.