MILWAUKEE -- Milwaukee police are seeking the public’s help in identifying a suspect wanted for an armed robbery that occurred near 27th and St. Paul on Wednesday, Dec. 5.

The suspect entered a business in the area around 1:15 p.m. Officials say he held the victim at gunpoint, took money and then fled on foot. 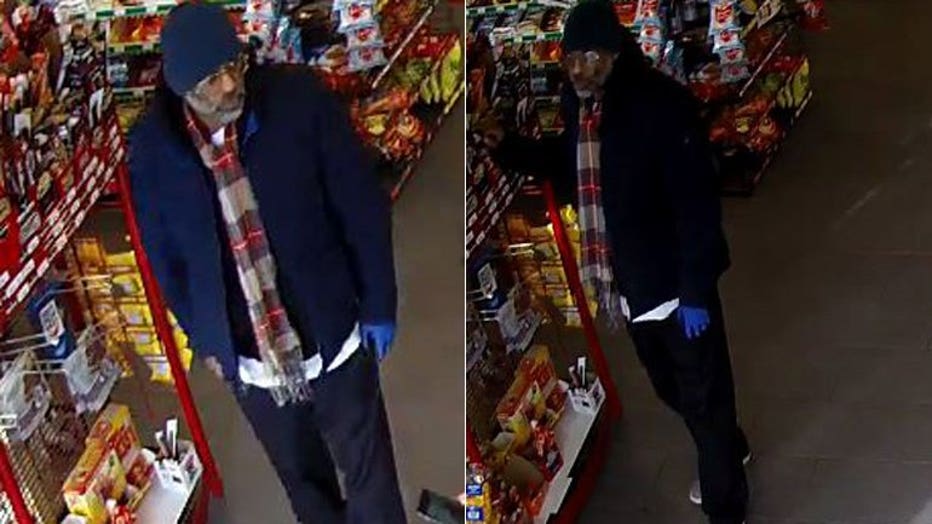 The suspect is described as a male, black, in his late 40s, 6’ tall, with medium build. He was wearing glasses and has a gray beard. Officials say he was last seen wearing a blue hat, a blue puffy jacket, a multi-colored scarf, gray and white shoes, and was armed with a silver handgun.

If you recognize this suspect or have information that could help solve this crime, you are urged to call 414-935-7360.