APPLETON -- A wild ride was caught on camera at a roundabout in Appleton.

Video captured a driver speeding through a roundabout, taking out a sign, and landing with sparks flying. Officials estimate the driver was going about 80 mph, according to a report from WLUK, before crashing into a Taco Bell.

"There was a damage in the roundabout and then some significant damage in Taco Bell property, the sign to take your order, that was all damaged," an officer reported to WLUK. 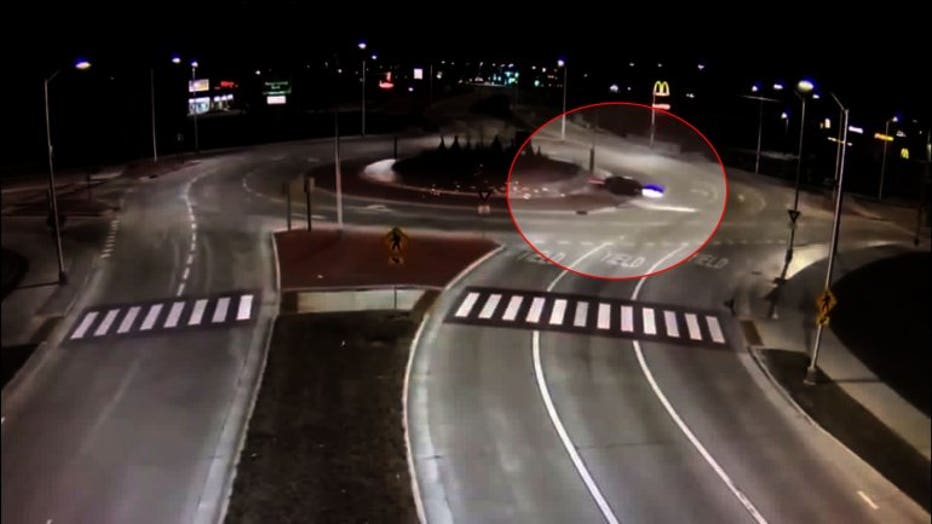 The 25-year-old driver was taken to the hospital where he was treated for minor injuries. The Appleton man was ticketed for operating while intoxicated and reckless driving.