MILWAUKEE -- Race and policing -- it's a conversation happening around the U.S. Milwaukee Police Chief Ed Flynn participated in a nationally televised town hall with President Barack Obama discussing the issues. 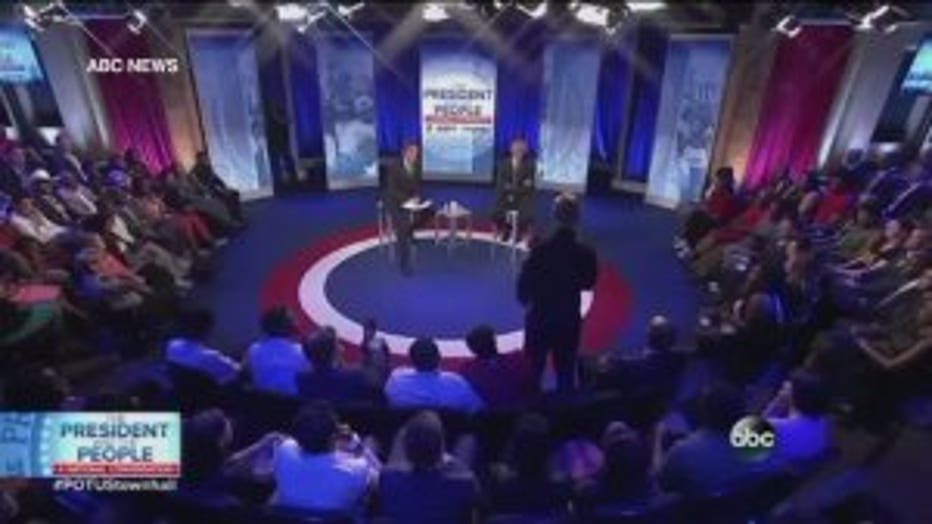 Chief Flynn spoke with the President for close to four minutes about community and police relations. How to improve them and asked the President to continue the conversation.

"A lot is expected of you Mr. President," said Flynn. 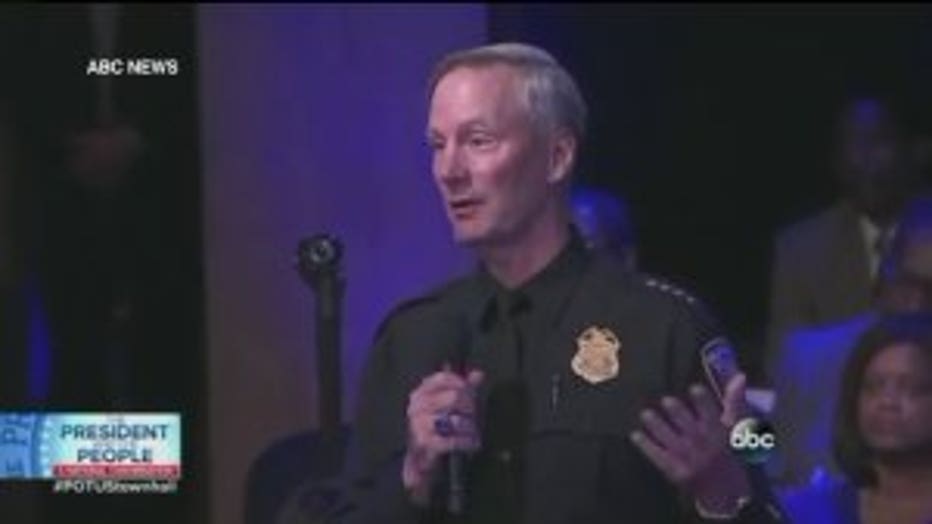 Flynn stood in front of President Obama and a national audience sharing his thoughts on race and policing.

"I'm basically going to ask you to find a way to cross parallel conversations," said Flynn.

Asking the President to guide the nation and keep the conversation going.

"The heart of the police dilemma is those neighborhoods that demand our services, need us the most, request us the most, depend on us the most, for social and historical reasons, distrust us," said Flynn. 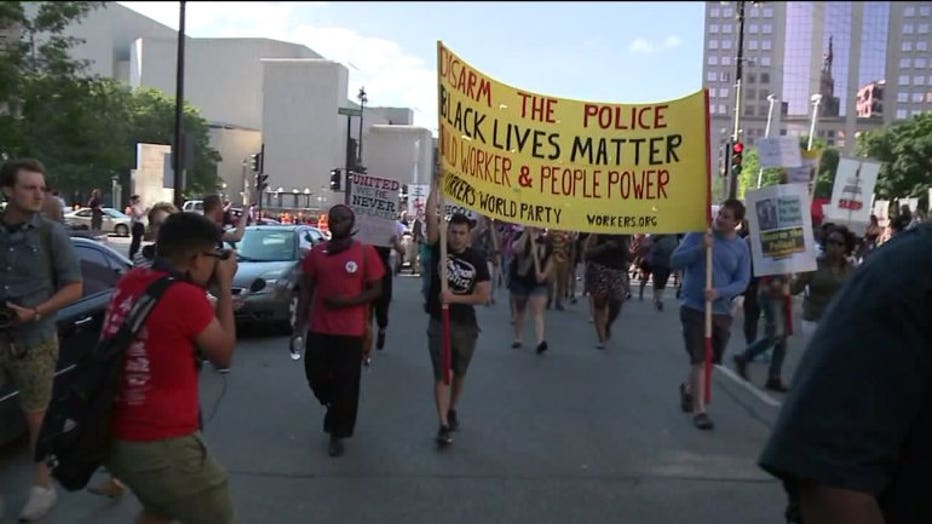 "We shouldn't get too caught up in this notion that people who are asking for fair treatment are somehow automatically anti-police or trying to only look out for black lives," said Obama. 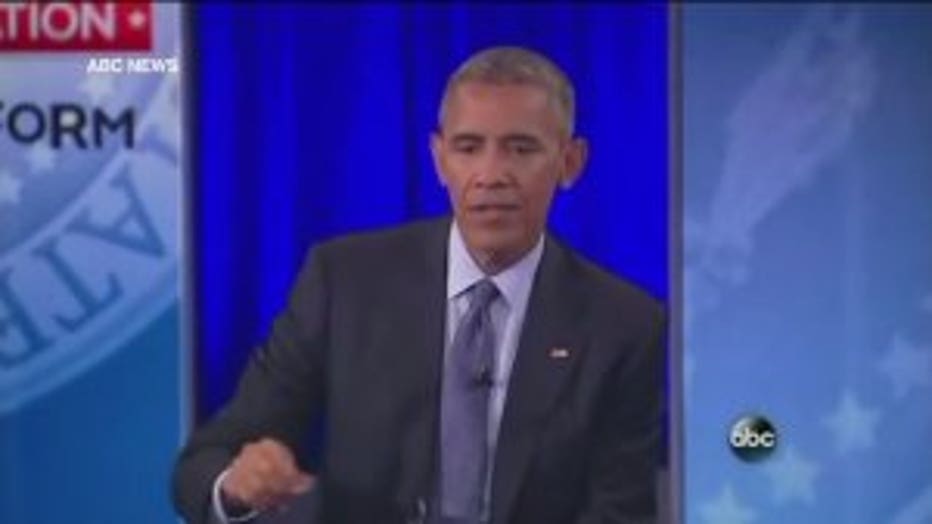 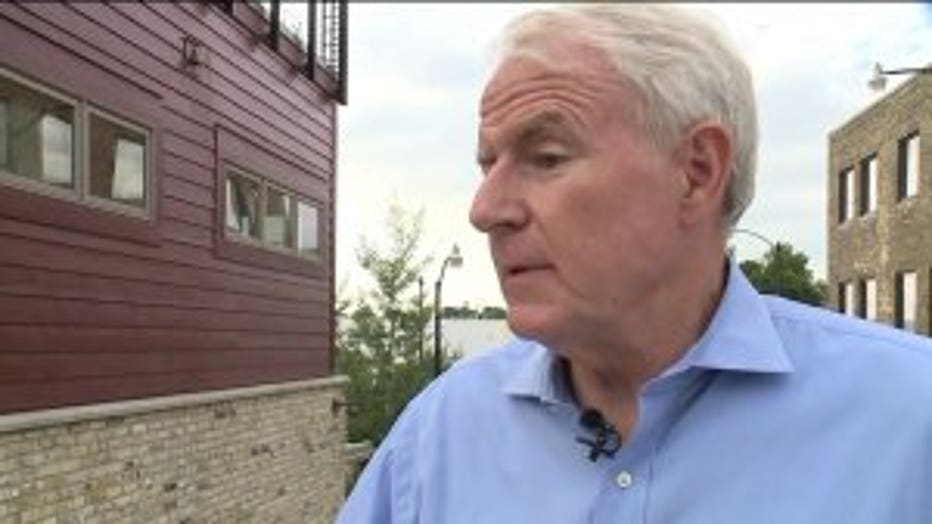 Those who don't normally normally see eye-to-eye with Flynn, have a new perspective.

"I saw a different side of the chief," said Maria Hamilton, Coalition for Justice.

Maria Hamilton's son, Dontre, was shot and killed by a Milwaukee police officer in 2014. She says she applauds Flynn for speaking to the President, but wishes the chief would have the same discussion locally.

"We're looking to actually have dialogue with him and the other police officers at some point how they actually police the urban areas in Milwaukee," said Maria. 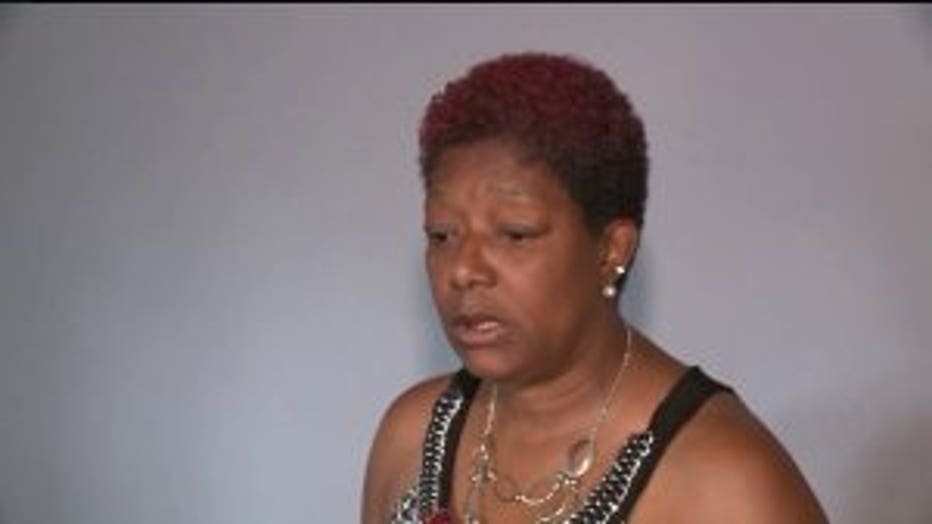 Flynn also brought up problems with guns and gun control in the U.S.

President Obama said the politics around firearms make it very difficult to have a discussion on the issue.