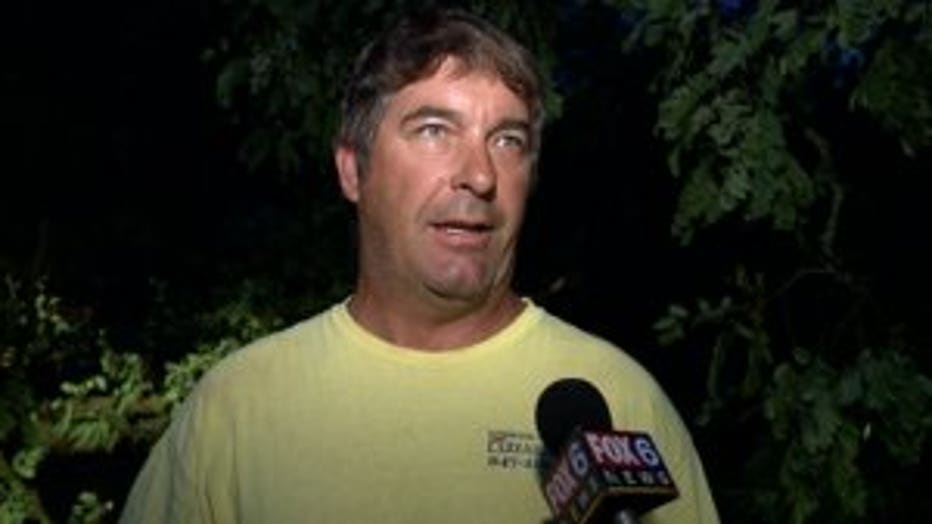 The streets were littered with downed trees around Pell Lake.

On Thursday morning, Michael Sanders got his first look at the aftermath of what he heard Wednesday night.

"I could hear something coming, and my window started shaking and the whole house was shaking," said Sanders. "I woke up and was like, 'Oh no!' It was too late to do anything."

It was too late to move his son's car -- buried under branches by morning. 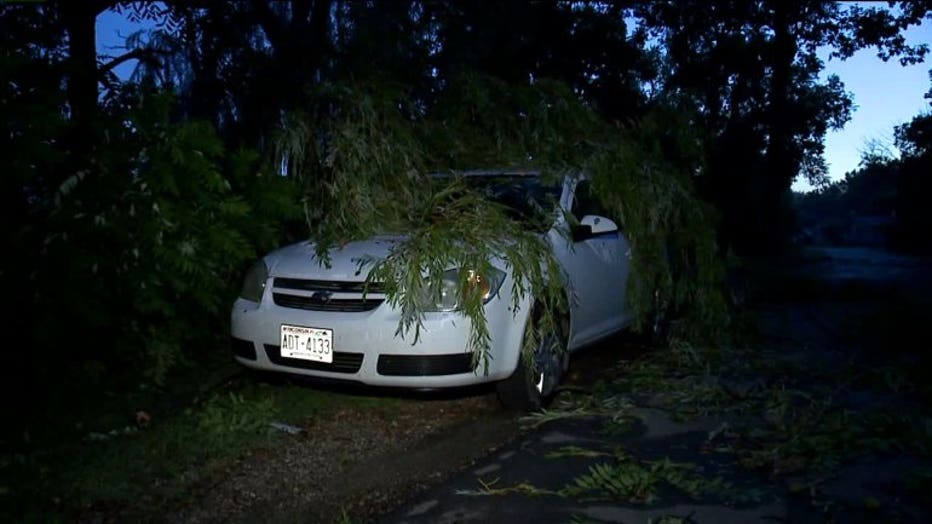 "Wait until the sun comes up, and take out the chainsaw and start cleaning up," said Sanders.

According to the National Weather Service, damaging winds occurred in two main areas: Berlin to Ripon, and Elkhorn to Wind Lake. Some large hail fell in the Berlin area as well.

"It didn't hit the car," said Amanda Katzenberg. "It didn't hit the house. If you look around, it hit all three roads around us, all the way around the yard. We have a tree down on each side. We just got really lucky." 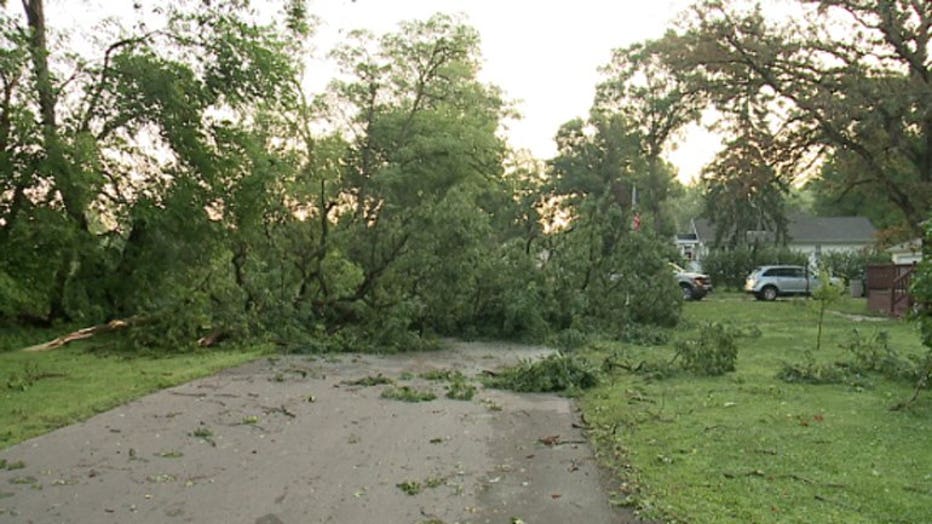 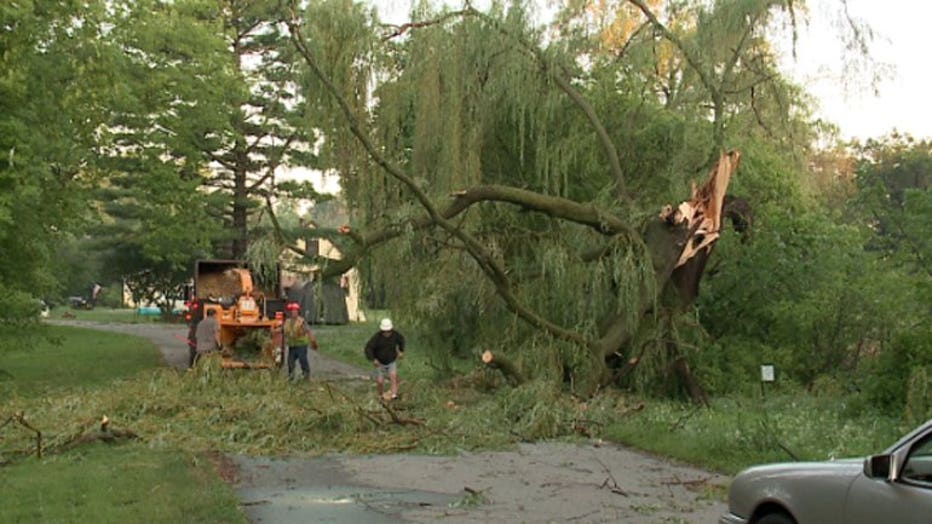 Among the mass of trees, Katzenberg's American flag stood untouched.

"A blessing," said Katzenberg. "I mean, it's really pretty. It's very cool." 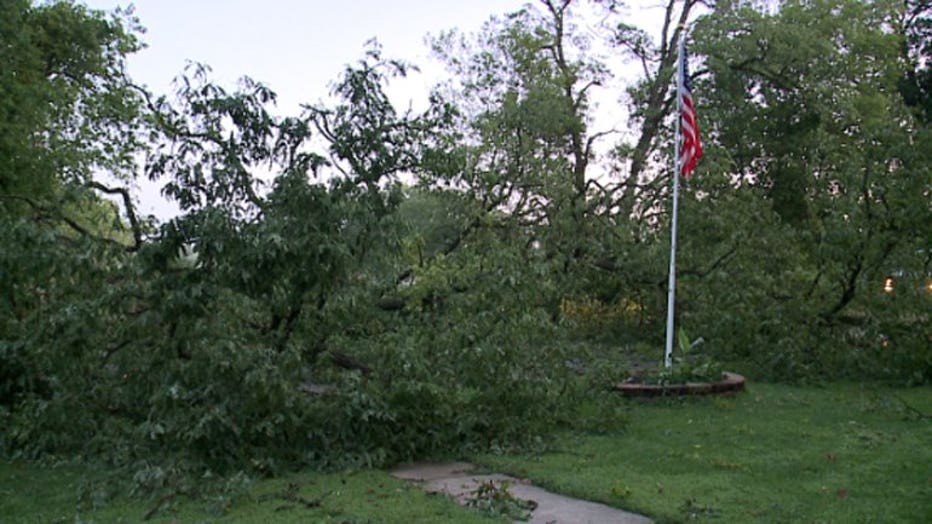 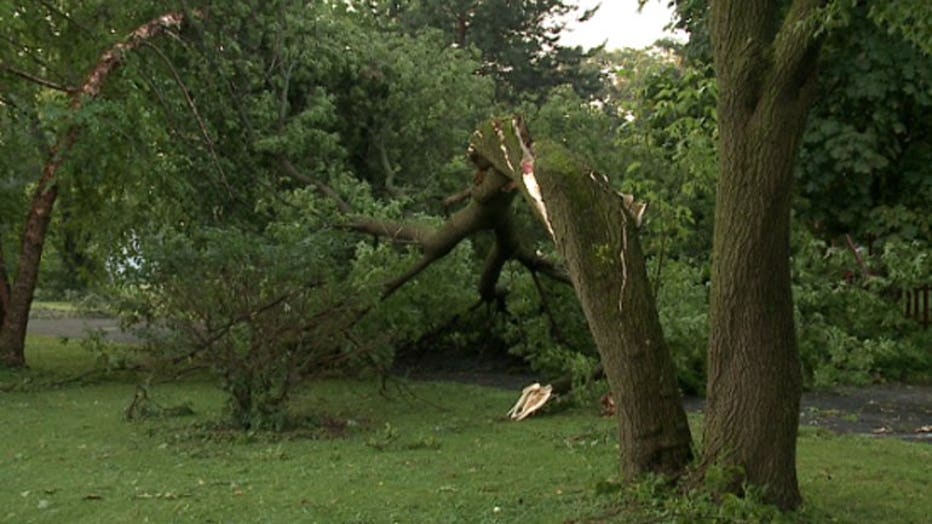 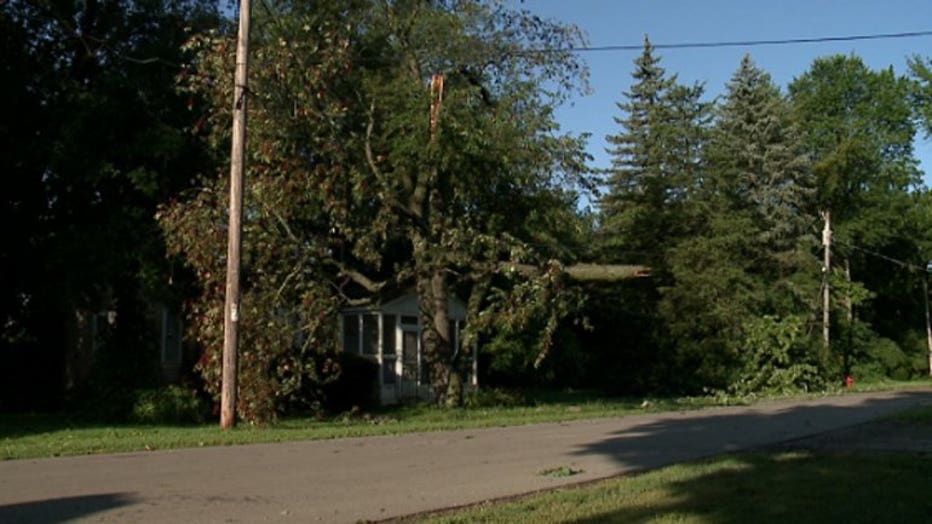 Tornado warnings were issued about 8:30 p.m. for parts of Fond du Lac and Sheboygan counties.

A wind gust of 70 mph was reported near Oshkosh.

The storm was similar to Monday, when severe weather moved across northern and central Wisconsin.