TOKYO — Tokyo and surrounding areas braced for a powerful typhoon forecast as the worst in six decades, with streets and trains stations unusually quiet Saturday as rain poured over the city.

Store shelves were bare after people stocked up on water and food. Nearby beaches had not a surfer in sight, only towering dashing waves.

Typhoon Hagibis, closing in from the Pacific, is expected to bring up to 30 inches of rain in the Tokyo area, including Chiba to the north that had suffered power outages from a typhoon that hit last month, and some buildings remained partly repaired.

Rugby World Cup matches, concerts and other events have been canceled. Flights were grounded and train services halted. Authorities acted quickly, with warnings issued earlier this week, including urging people to stay indoors. 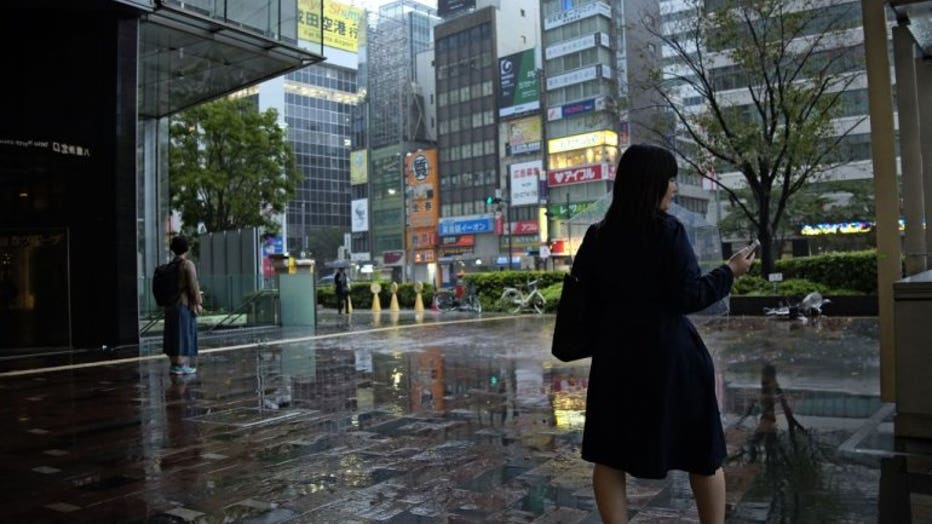 Commuters watch the rain at an entrance of the JR Tokyo Station on October 12, 2019, ahead of Typhoon Hagibis' expected landfall in central or eastern Japan later in the evening. - Typhoon Hagibis, rated "large and very strong", has forced the cancel

Some residents taped up their apartment windows in case they shattered. TV talks shows showed footage of household items like a slipper bashing through glass when hurled by winds as powerful as the approaching typhoon.

The typhoon that hit the Tokyo region in 1958 left more than 1,200 people dead and a half-million houses flooded. 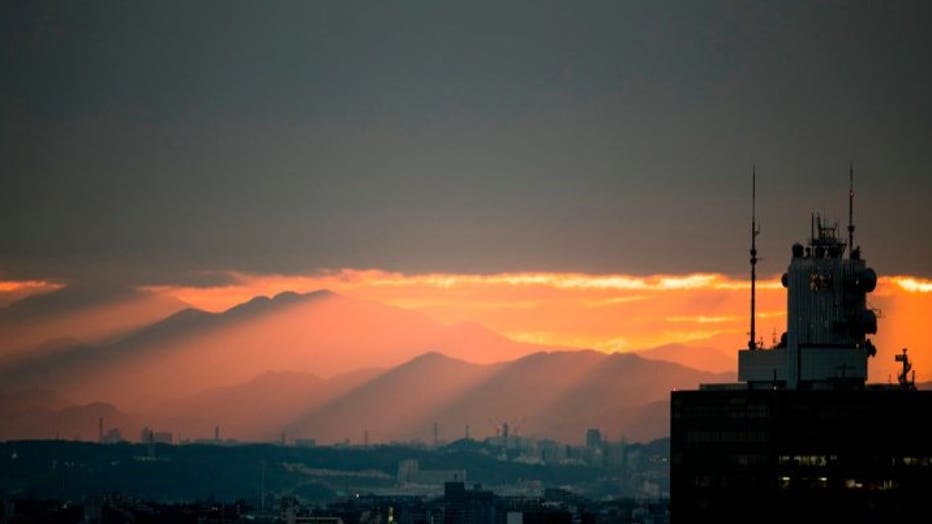 The setting sun cuts through clouds as it sets behind the Okuchichibu mountains outside Tokyo on October 10, 2019. - Rugby World Cup organisers took the unprecedented step on October 10 of cancelling two games as Japan braces for Super Typhoon Hagibi

"The typhoon could cause power outages, damage to infrastructure and significantly affect people's lives," Abe said.

Hagibis, which means "speed" in Filipino, was advancing north-northwestward with maximum sustained winds of 162 kilometers (100 miles) per hour, according to the Japan Meteorological Agency. It was expected to make landfall near Tokyo later Saturday and then pass out to sea eastward.

Evacuation advisories have been issued for risk areas, including Shimoda city, west of Tokyo. Dozens of evacuation centers were opening in coastal towns, and people were resting on gymnasium floors, saying they hoped their homes were still there after the storm passed.

The storm has disrupted this nation's three-day weekend, which includes Sports Day on Monday. Qualifying for a Formula One auto race in Suzuka was pushed to Sunday. The Defense Ministry cut a three-day annual navy review to a single day on Monday.

All Nippon Airways and Japan Airlines grounded most domestic and international flights scheduled Saturday at the Tokyo, Osaka and Nagoya airports. Central Japan Railway Co. said it will cancel all bullet train service between Tokyo and Osaka except for several early Saturday trains connecting Nagoya and Osaka. Tokyo Disneyland was closed.