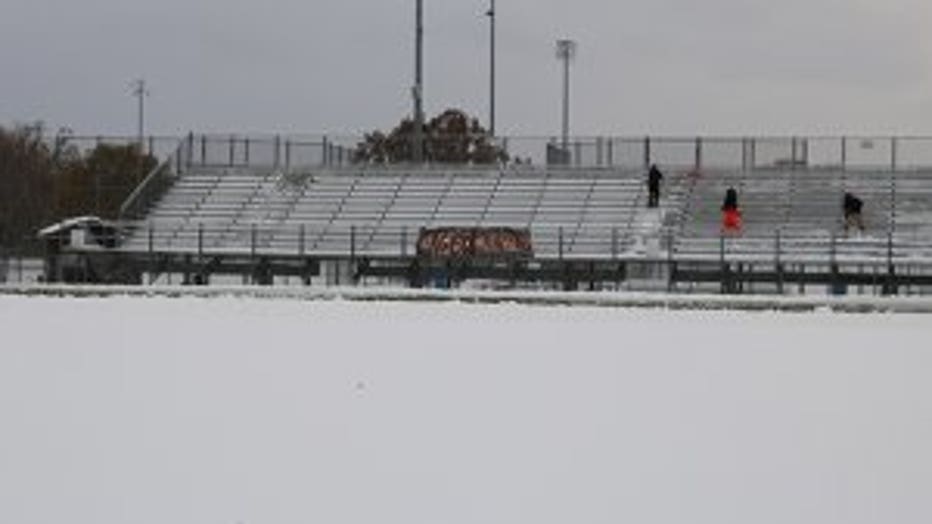 HARTFORD -- A snowy Halloween was not only an obstacle for trick-or-treaters. It also caused a bit of stress for some high school football teams hoping to score a victory during the playoffs.

The Hartford Orioles were set to take on the Holmen Vikings Friday night, Nov. 1. But the snow that fell on Thursday put that all into question -- until the Hartford community came up with a plan.

"I kept looking out the window -- calling my grounds guy, asking, 'Hey, what are we going to do?'" said Scott Helms, Hartford Union High School Athletic Director. 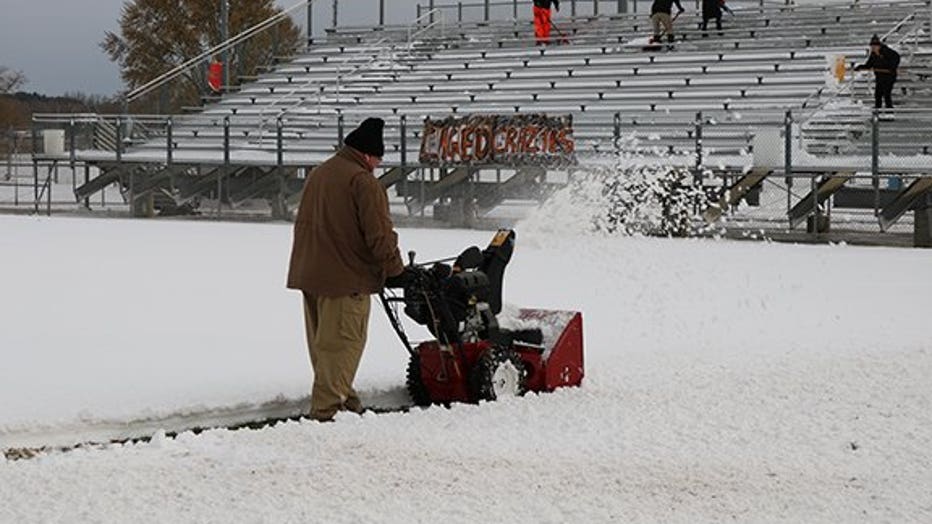 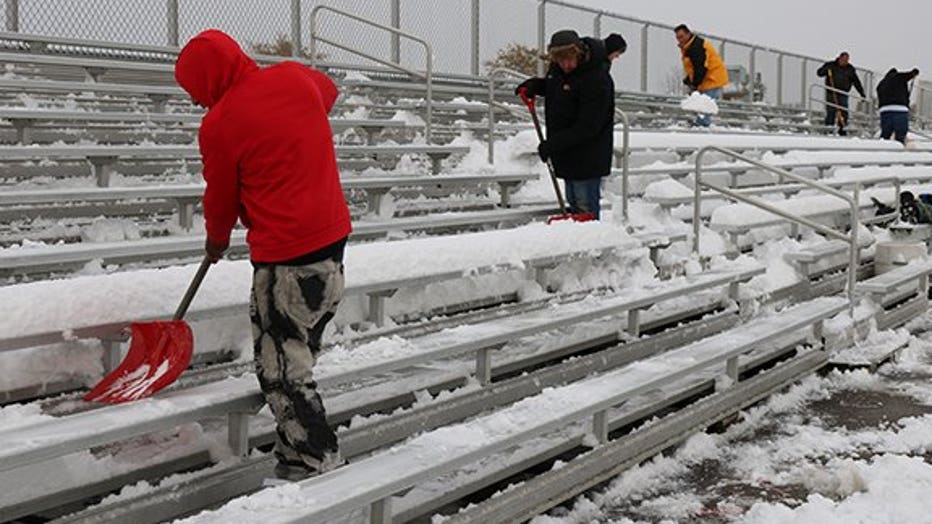 Doing nothing was not an option. 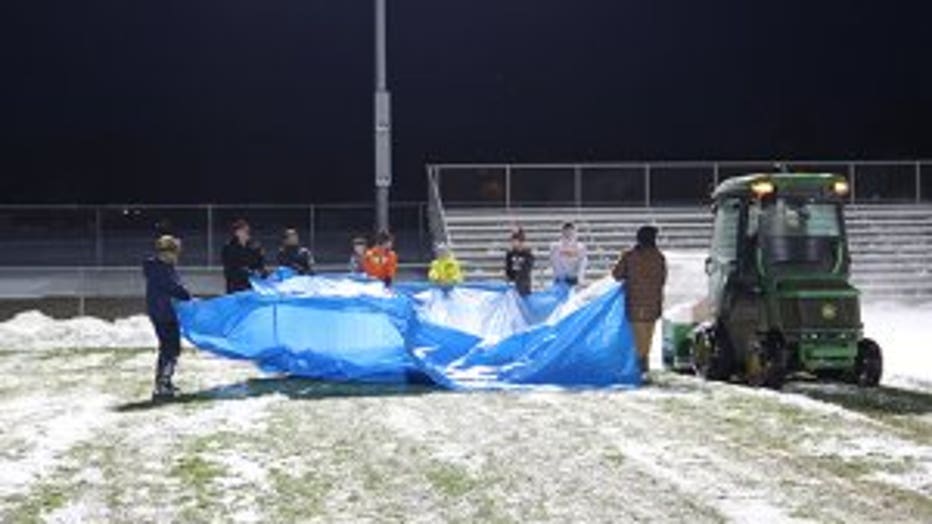 "We had about seven inches," Helms said.

So Helms made a few phone calls, asking for the community for help.

"It's very humbling. I knew as soon as we put out the word, we'd have people," said Scott Henke, Hartford School Board member.

Parents, students, board members and coaches all tackled the job, one yard at a time.

"We went from the middle of the field to the sideline here," said Jeff Zimdars, a parent. 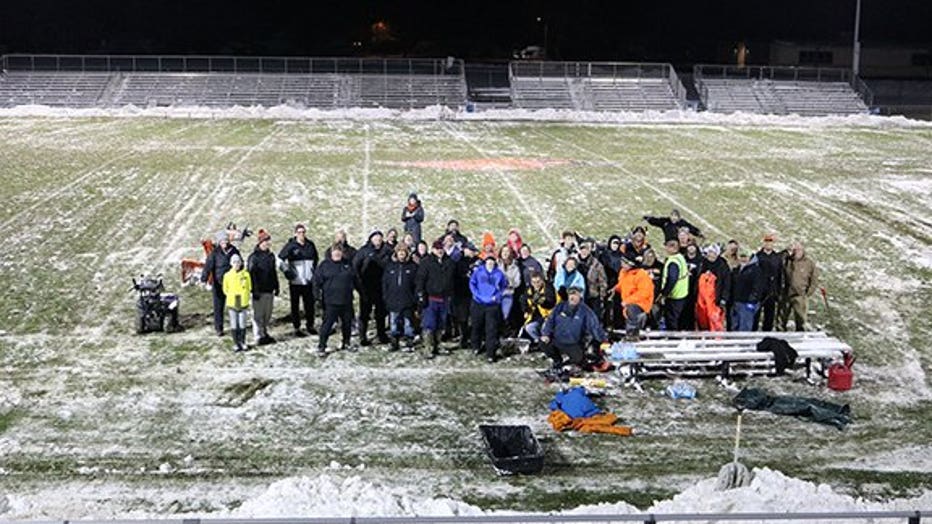 They were like a well-oiled machine, filling tarps with snow -- first using shovels and then snowblowers.

"The snowblower was working pretty good. So we asked more people to bring their snowblowers -- and by the end of the night, we had about eight here," Helms said.

Tarp after tarp was filled with snow and dumped to the side -- until the football field was restored. 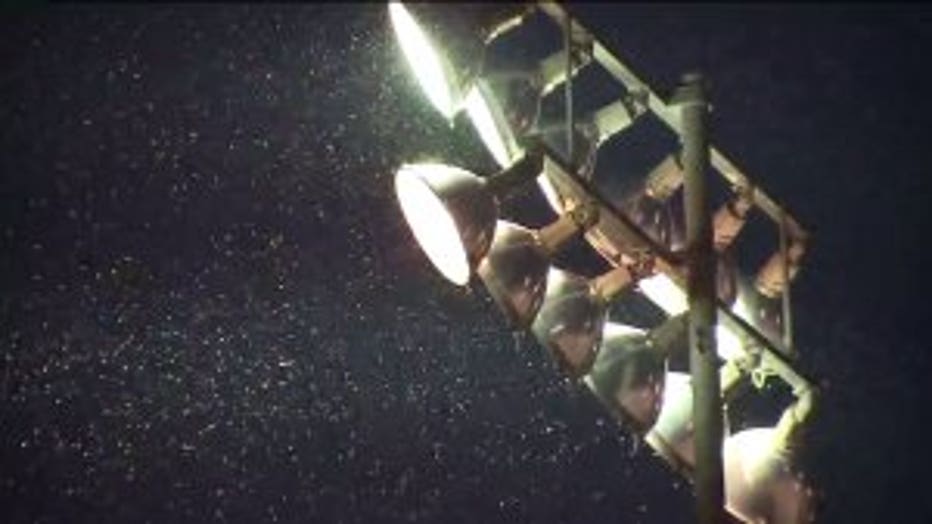 "Four hours, we had it done," Zimdars said.

"It's what we're all about here in Hartford. The way the community comes together and supports our kids," Henke said.

On Friday night, they returned under the lights, flakes still flying. This time, they were ready for anything Mother Nature might throw their way.

"We have shovels just in case," Helms said. 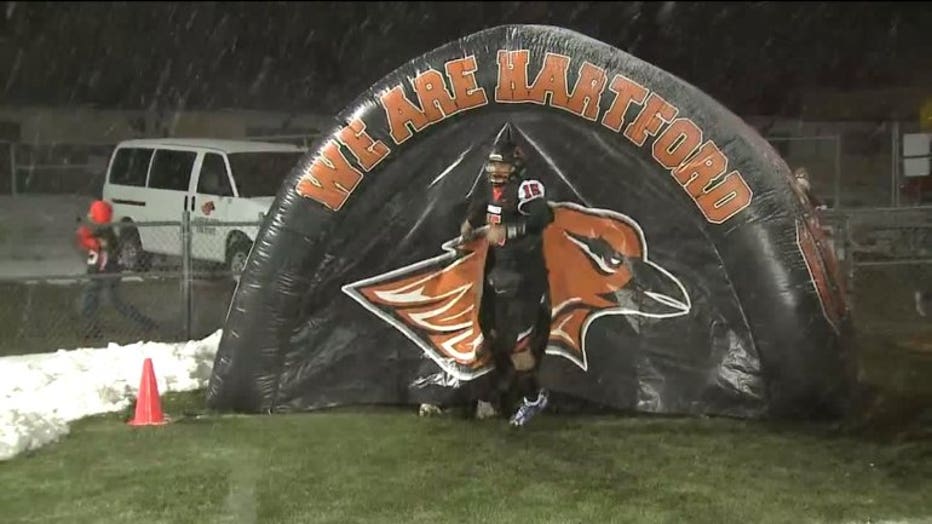 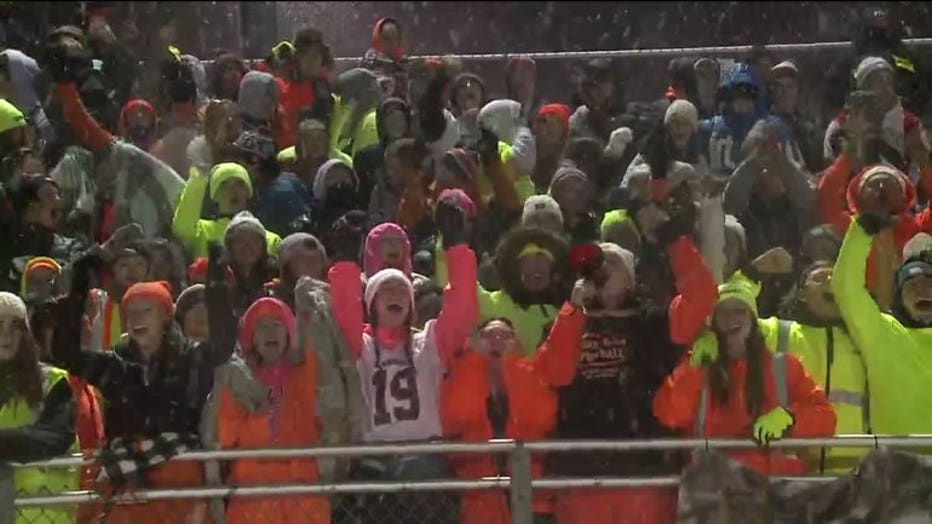 "No better place to be than under the lights with the snow flying," Zimdars said.

Those shovels were not needed on Friday evening. Although a crew did brush the snow away from the yard lines during halftime. 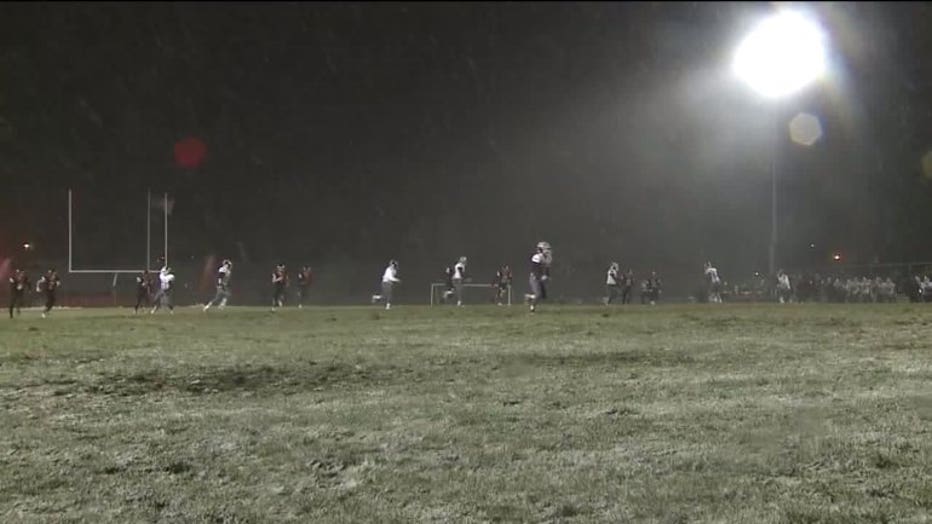 In the end, the Hartford Orioles were victorious, shutting out the Holmen Vikings 26-0. CLICK HERE to check out the playoffs bracket in this division.