Shot of a lifetime

Shot of a lifetime

STURGEON BAY -- A 14-year-old girl from Green Bay had the shot of a lifetime while deer hunting with her father. She shot two bucks -- with just one arrow!

Matiah Christensen said at first, she did not think she shot both of the deer. But when she and her dad tracked down two trails of blood, they realized what happened.

"There was a long blood trail. So we figured it must have went through the 8-pointer and deflected off a rib and sliced the 3-pointer's neck," Christensen said.

"You had to see it to believe it. You can see how it happened -- and that is two more bucks than I ever shot in my life," said John Christensen, Matiah's father. 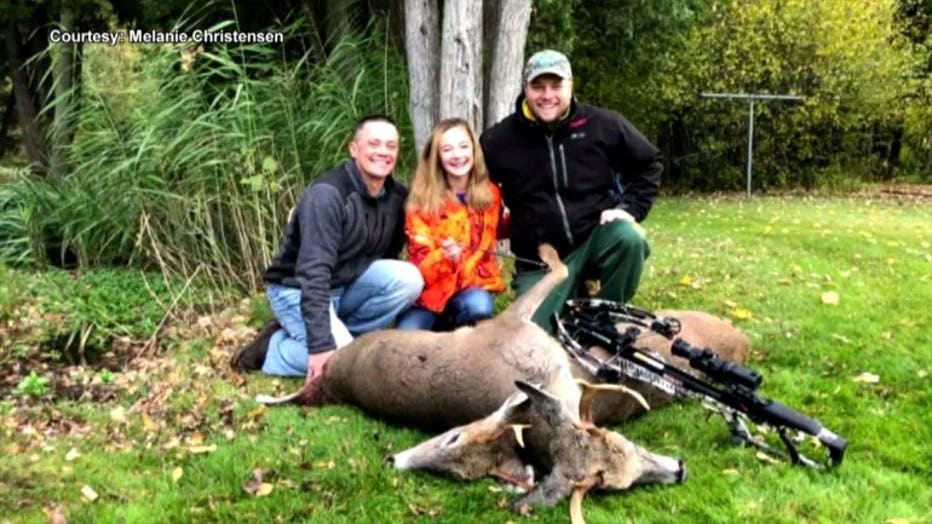 With just one deer tag, Christen decided to keep the 8-pointer.

The DNR also let Matiah keep the antlers from the 3-pointer, which she plans to display next to the arrow.