HOUSTON — Strong winds that swept through the Houston area have caused a hangar to collapse at one of the city's airports, damaging planes and scattering debris.

Authorities say the wind appears to have caused the hangar at a private terminal to disintegrate. An airport spokesman, Bill Begley, says the collapse caused millions of dollars of damage. There have been no reports of injuries. 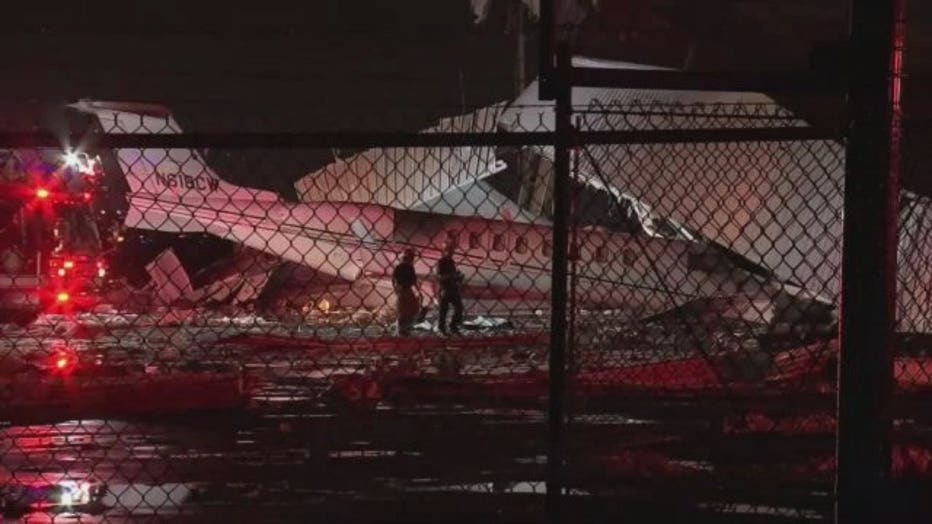 Broadcast images show debris atop at least two planes, with the nose of one aircraft pushed to the ground. Airport officials say up to eight aircraft are damaged, but that no commercial flights are affected. 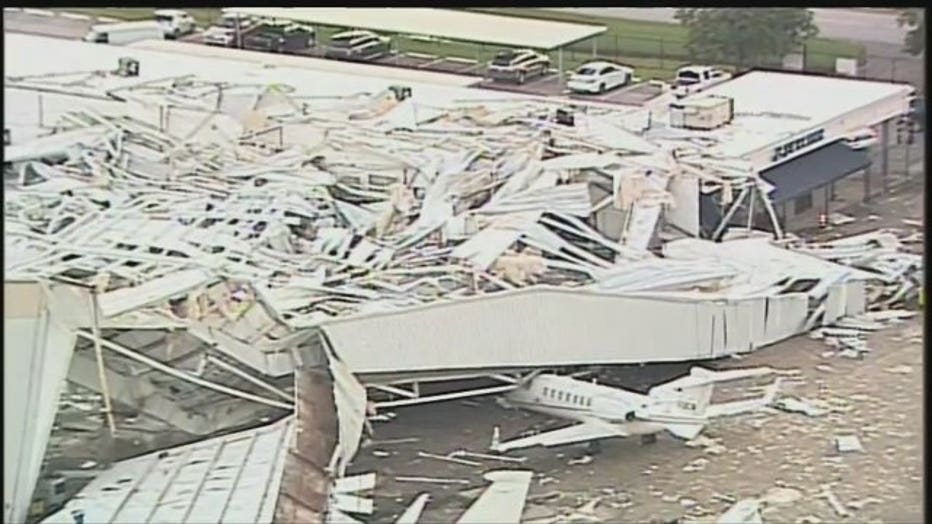