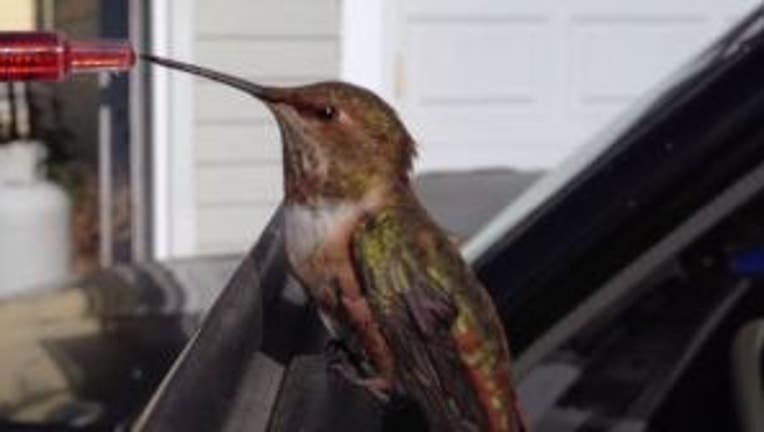 SEATTLE --  Firefighters perform lifesaving acts as part of their job.  But one Seattle firefighter went above and beyond the call of duty for one hummingbird.

Q13 FOX News reports that Andy Reilly says he was headed out from the firehouse on a call early Tuesday morning when he spotted a hummingbird. Reilly says the little bird moved when he touched it, but it seemed otherwise completely stunned.

“The doors of the bay had been closed for hours,” he wrote.  “It must have gotten exhausted flying around inside.”

Reilly made a little nest out of a rag -- and attempted to feed the bird sugar water. He didn't have much luck then. But later, after taking the bird outside in the sun, he tried feeding the hummingbird again. The result is below.

“I kept feeding it every few minutes and it would sleep in between,” wrote Reilly.  “Finally it flew off into the apple tree, and then to parts unknown.”