UNION GROVE, Wis. - Racine County Sheriff's deputies were standing on the side of the road around 2 a.m. Sunday after a call for service, when a black Cadillac Deville drove past them at a high rate of speed, nearly striking them.

Deputies attempted to stop the vehicle, but it accelerated, reaching speeds in excess of 100mph as it continued southbound on US 45. Shortly after crossing into Kenosha County, the vehicle's lights were turned off. The vehicle then swerved off the roadway and into a farm field, stopping behind a shed. 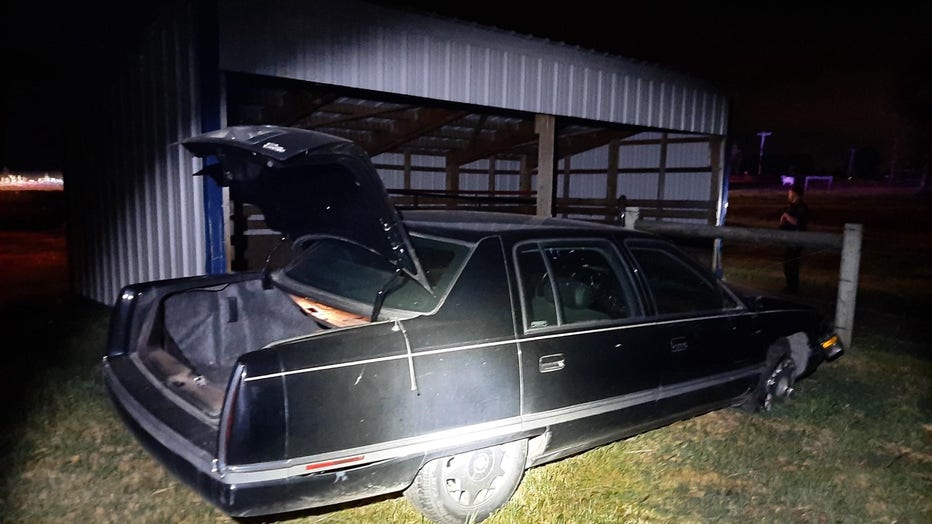 Nicholas Petersen, 30, from the Town of Paris exited the vehicle and later admitted to tossing a loaded Glock pistol into the open shed. He was taken into custody without further incident. The firearm was recovered. A short time later it was discovered that Petersen was living at the farm where he crashed. There were no injuries to Petersen or deputies.

Deputies detected an odor of intoxicants coming from Petersen and he failed field sobriety tests. He was arrested and taken to the Racine County Jail on the following charges:

Richard Chavez and Daniel Rodriguez-Lara were charged in Milwaukee federal court Thursday with drug trafficking charges, a case and investigation that started with a traffic stop nearly 800 miles away.