FORT WORTH, Texas — No injuries have been reported after train cars carrying ethanol derailed in Fort Worth and caught fire.

The Fort Worth Fire Department says nearby homes have been evacuated as a precaution because of the fire, and that a hazardous materials team is on site Wednesday to monitor the air quality.

Authorities say they don't yet know why the Union Pacific tank cars overturned early Wednesday. Heavy thunderstorms were moving through the area at the time. 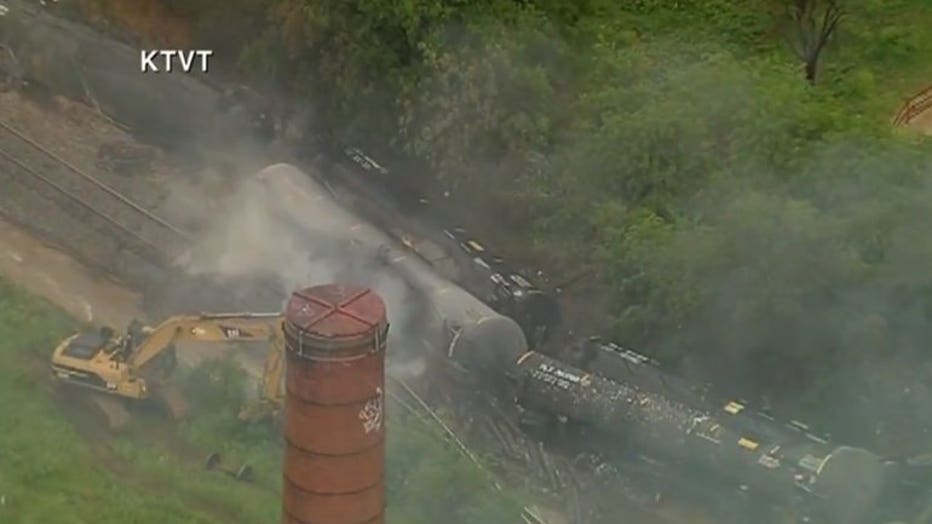 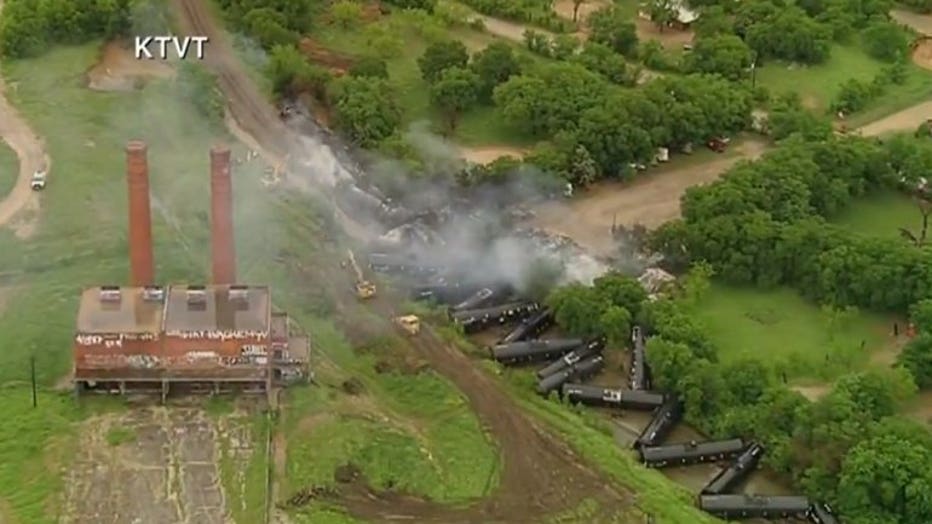 The fire department says crews are working to contain the fire as ethanol inside the cars continues to burn. Authorities say the blaze has spread to a nearby outbuilding.