PARIS -- The rector of Notre Dame Cathedral has proposed building a small, temporary church on the plaza outside the monument so that the faithful has a place of worship while the 12th-century structure ravaged by fire is closed for restoration.

Bishop Patrick Chauvet offered the idea of creating an "ephemeral" cathedral so people can pray and life can return to normal in the neighborhood.

The Paris City Hall gave its approval to the idea Thursday "subject to technical restraints." 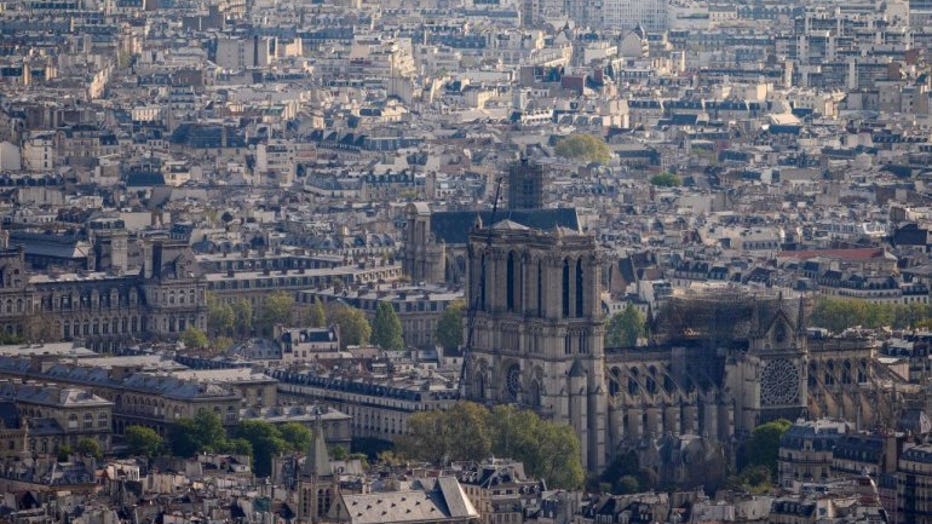 This picture taken from the Montparnasse tower on April 16, 2019 shows the landmark Notre-Dame de Paris Cathedral three days after a fire engulfed the 850-year-old gothic masterpiece, destroying the roof and causing the steeple to collapse in the cen

A crypt containing vestiges dating from antiquity is located under the vast esplanade. There is also an underground parking lot.