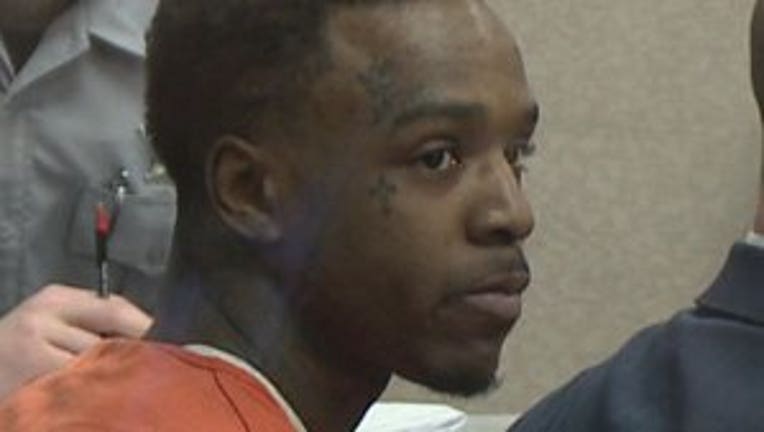 MILWAUKEE -- A Milwaukee County judge sentenced Santonio Barksdale to 15 years in prison and an additional five years of extended supervision.

Barksdale was found guilty in October to charges of armed robbery and first degree recklessly endangering safety in connection with a shooting that unfolded during an armed robbery at a food mart near 19th and Hampton on March 1.

The 25-year-old victim identified Barksdale via a photo array and said Barksdale entered the store, armed with a black handgun. Barksdale then said, “Give me all the money” before shooting the victim one time in the right leg. Barksdale then entered the “cash register room” through a door which was temporarily unlocked.

Clerk shot during robbery near 19th and Hampton

Clerk shot during robbery near 19th and Hampton

The victim said he gave Barksdale the money from the register, and Barksdale asked, "Where is the safe?" When the victim replied there was a safe, he said Barksdale shot him in the left leg.