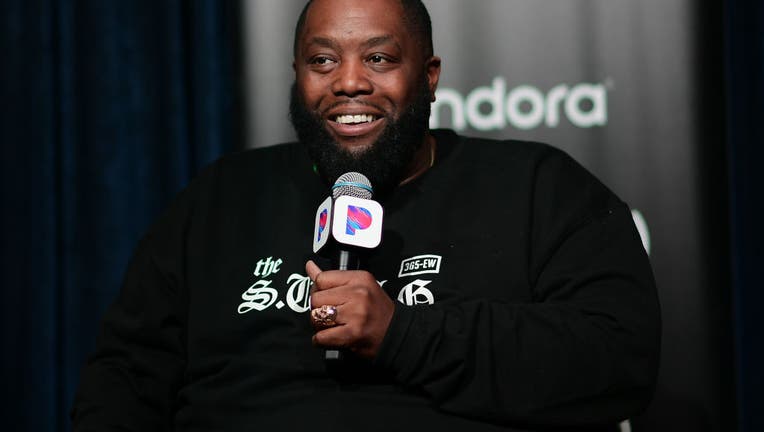 LOS ANGELES - Rapper and social activist Killer Mike of hip hop duo Run the Jewels will be the recipient of the inaugural Billboard Change. Maker Award at the 2020 Billboard Music Awards later this week, it was announced Monday.

The award will be presented by Atlanta Mayor Keisha Lance Bottoms at the historic African American Panoramic Experience Museum in Atlanta. Hosted by Kelly Clarkson, the 2020 Billboard Music Awards will broadcast live from the Dolby Theatre in Los Angeles on Wednesday at 5 p.m. PST.

The Billboard Change Maker Award honors the artist or group that `"speaks truth to power through their music, celebrity and community. They are socially conscious, politically aware, active in their community and charitable with time, money and/or influence to improve the lives of others," according to a statement from dick clark productions.

"Killer Mike's dedication to equality, social justice and financial literacy in the Black community has catapulted him as a headlining figure of social responsibility and activism, as demonstrated in the wake of the slayings of Ahmaud Arbery, George Floyd, Breonna Taylor and Rayshard Brooks."

The statement said the rapper throughout his 20-year music career "has been instrumental in the social justice and civil rights movements, leading nationwide voter registration initiatives within the Black community, creating opportunities for Black businesses to thrive by educating civic leaders and community members, particularly youth, on the importance of entrepreneurship and financial responsibility. He has used his platform to educate, inspire and motivate an entire generation to become the change they want to see.''

Garth Brooks will receive the elite ICON Award, joining only eight other artists who have received the honor, and take the stage for a highly anticipated performance, the statement said.

Billboard Music Awards nominees and winners are based on key fan interactions with music, including album and digital song sales, streaming, radio airplay, touring and social engagement, tracked by Billboard and its data partners. The awards are based on the chart period of March 23, 2019, through March 14, 2020.