DETROIT — Authorities say a truck collided with a pedestrian bridge in Detroit, sending a portion of the span onto a freeway and blocking traffic.

A Michigan State Police spokesman says no one was injured in the collapse onto westbound Interstate 94 early Friday, prompting the closure of those lanes.

Michigan Department of Transportation spokeswoman Diane Cross says the collapse was caused by a truck apparently carrying a high load hitting the bridge. 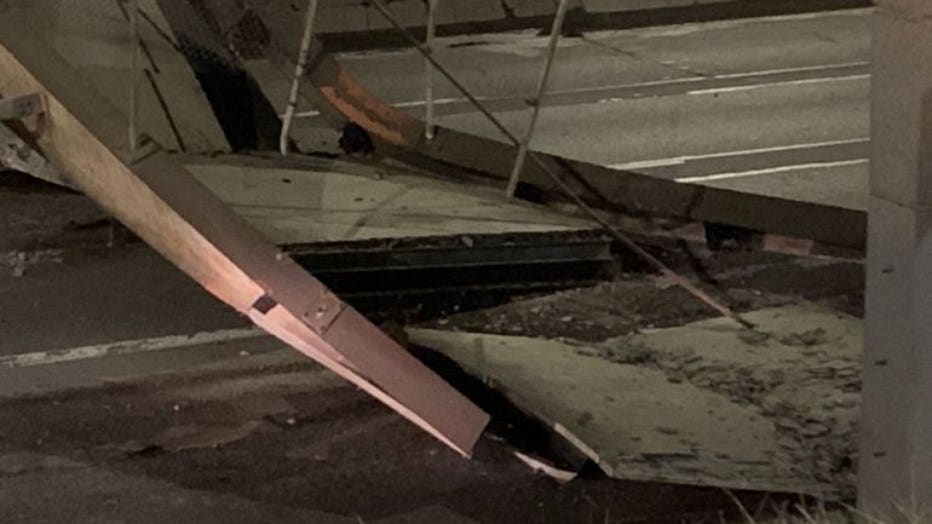 The portion of the bridge over I-94's eastbound lanes was still standing early Friday. Cross says the bridge would have to be demolished and equipment would remove the entire structure.