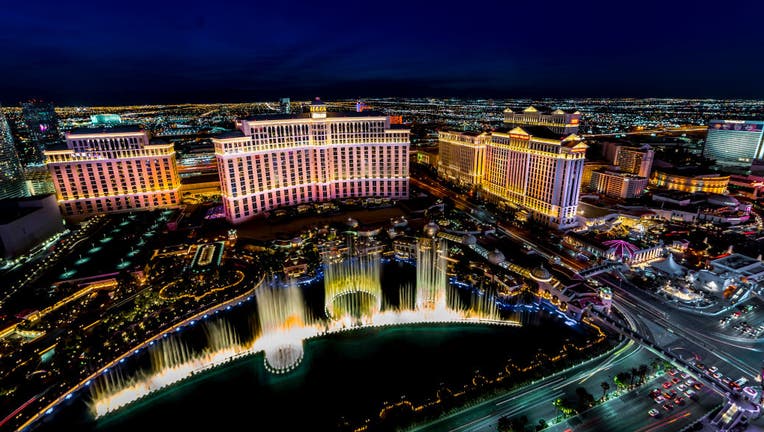 CARSON CITY, Nev. - Nevada Gov. Steve Sisolak announced plans Sunday to tighten restrictions on casinos, restaurants and private gatherings such as Thanksgiving dinner in an effort to contain the spread of the coronavirus.

The new restrictions, which are scheduled to go into effect on Tuesday, come amid an unprecedented surge that has broken records in the state in terms of cases, deaths and infection rates throughout November.

The virus has surged throughout the United States and prompted governors to issue a patchwork of area-specific restrictions. California has curfew order in effect in the majority of its counties and, earlier Sunday, Los Angeles County moved to prohibit in-person dining.

Sisolak, who has avoided tightening mandates throughout the fall due to the havoc they could wreak on Nevada’s tourism-based economy, said the trends led to an “inescapable conclusion.”

"We are on a rapid trajectory that threatens to overwhelm our health care system, our frontline health workers, and your access to care. So it’s time to act," said Sisolak, who recently contracted COVID-19.

The new restrictions reduce the capacity limits for high-risk areas including restaurants, bars, gyms, places of worship and casinos.

They will also be applied to public and private gatherings, which case investigators have identified as a major source of spread in Nevada. That includes on Thanksgiving, when home celebrations will be limited to no more than 10 people, from no more than two households.

Despite the restrictions, Sisolak said he had no intention of becoming “the mask police.”

Most businesses have operated at 50% since summer and the new restrictions reduce capacity limits to 25% or 50 people, whichever is less.

Sisolak took efforts not to frame the restrictions as any sort of shutdown and, instead, called them a "statewide pause."

During the pause, Nevada will also tighten its mask mandate, requiring all gym-goers and people who attend private gatherings to wear masks at all times when not eating.

Sisolak said the new restrictions would tentatively be in effect for three weeks, at which time he planned to evaluate whether to tighten them further or relax them. Without improvement, he said Nevada could close restaurants for indoor dining, close gyms or implement further limits on gatherings.

Health officials reported 2,155 confirmed cases on Sunday, increasing the statewide total to 133,888 since the onset of the pandemic. They also reported six additional deaths, bringing the known death toll to 2,017.

In Nevada, 10% of all confirmed coronavirus cases have been reported in the last seven days and hospitals have filled to the point that one in Reno is setting up additional beds in an adjacent parking garage.

Sisolak said every decision put before him had potentially negative effects on the economy, trajectory of the virus and schools. And Nevada’s heavy reliance on the tourism and hospitality industry only compounded the difficulty, he said.

"Let’s be honest, our casinos, hotels, restaurants and bars are open with strict restrictions so that we can protect the economy," he said.

With vaccines on the horizon, Sisolak said he hoped Nevada could get the surge under control to avoid further closures.

"There is a light at the end of this tunnel, and we are getting closer. But we don’t have a vaccine yet," he said.