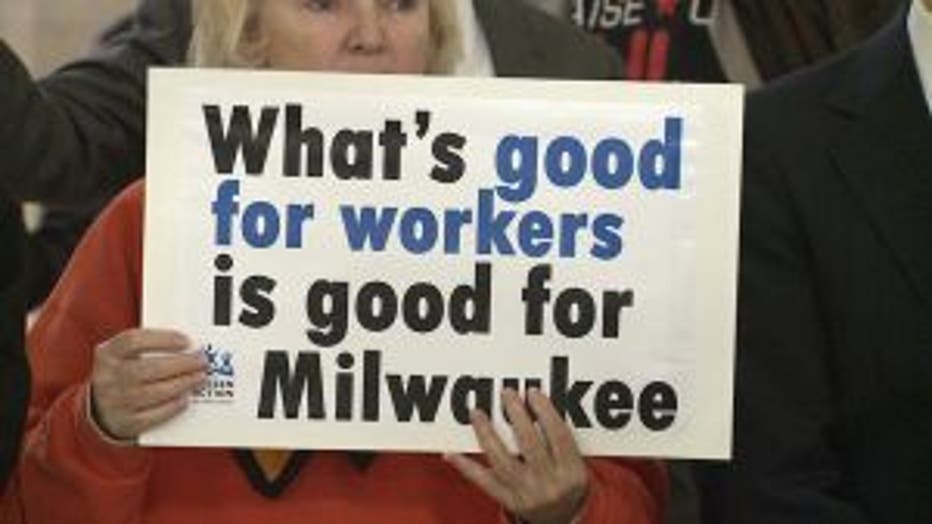 They say more than $64 million is available for "Earned Income" and "Child Tax Credits" for workers in Milwaukee County.

An estimated one out of every five people eligible for these tax credits don't take advantage of them -- leaving millions per year on the table.

Below is a statement issued to FOX6 News by Citizen Action of Wisconsin with more information on this tax credit:

On Thursday, February 25th, Citizen Action of Wisconsin held a news conference with Milwaukee County Executive Chris Abele, State Senator Chris Larson, and local mayors and state legislators to discuss up to $64,657,793 in available Earned Income and Child Tax Credits which could be left on the table by workers in Milwaukee County.​

The Earned Income Tax Credit averaged $2,593 per applicant in Milwaukee County in 2013, and can mean as much as $6,269 per year to lower-income working parents. The Child Tax Credit means up to $1,000 per child in refundable tax credits. An estimated one out of five people eligible for these tax credits do not take advantage of them, leaving millions per year on the table.

3-Figured based on residents eligible for EITC and Child Tax Credit but haven’t claimed it.