SAN DIEGO, Calif. -- A statewide stay-at-home order in California couldn’t keep a woman considered to be the oldest living female Marine west of the Mississippi River from celebrating her 104th birthday last week, according to FOX 13.

Ruth Gallivan joined the Marines in the 1940s and served during World War II. She completed boot camp and was assigned to the Marine Corps Air Station in Miramar in 1946, when she was tasked with establishing the first women’s barracks, KUSI-TV in San Diego reported. 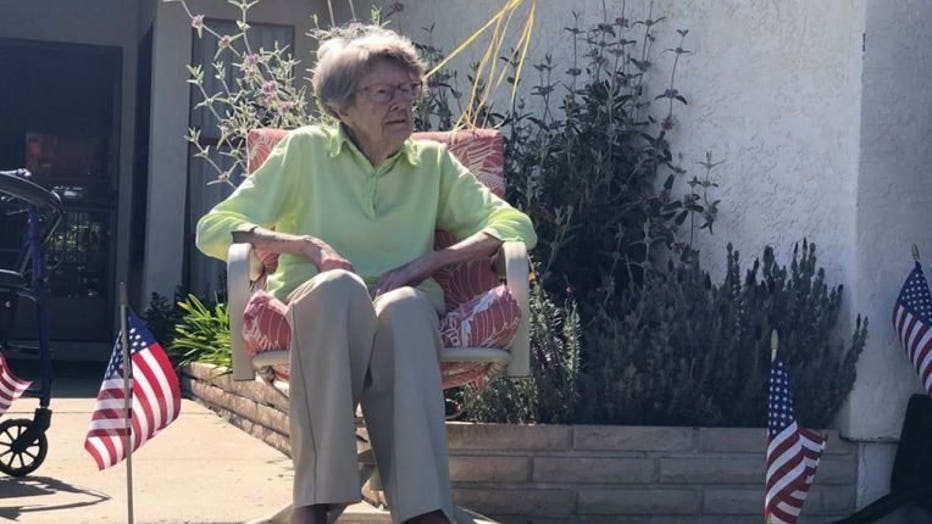 After receiving an email about Gallivan’s birthday party being canceled due to the coronavirus pandemic, Honor Flight San Diego organized a drive-by celebration on April 1, surprising her with a small parade as she sat in a lawn chair to watch the festivities while maintaining appropriate social distance.

"It feels really cool to have all these people out here to celebrate her. 104 is crazy. It's amazing how many people came out to support her, and the parade was so great. It was so awesome to see how happy she was and surprised. She had absolutely no idea," her granddaughter, Haley Gallivan, told KUSI. 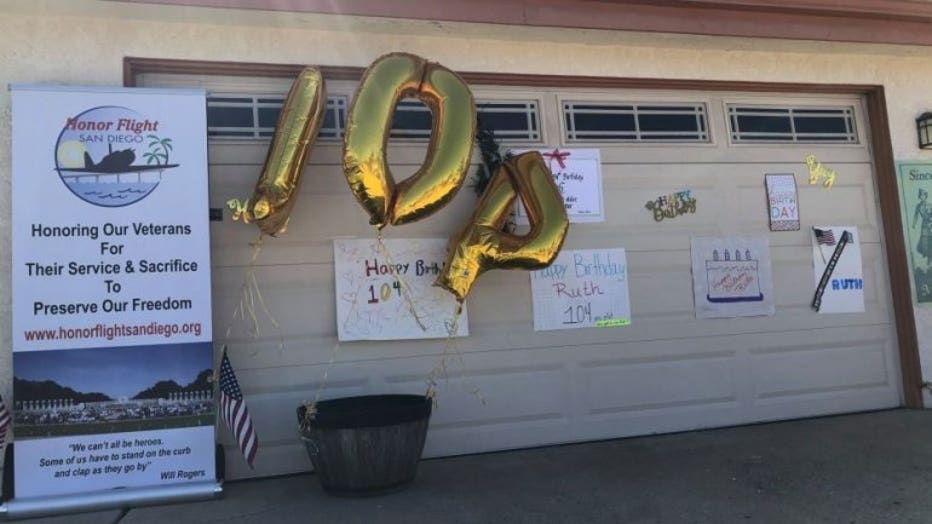 The centenarian is seen using her walker to make her way to the curb to watch the parade. Her garage door was decorated with 1940s Marines memorabilia and a large balloon shaped like the number 104. Small American flags were also perched along the parade route.

“As we wrap up this week, wanted to say thank you to everyone who helped to make Ruth Gallivan's birthday a memorable one," the group said on Facebook on Friday. “She turned 104 years old this week. She is believed to be the oldest living female Marine West of the Mississippi.” 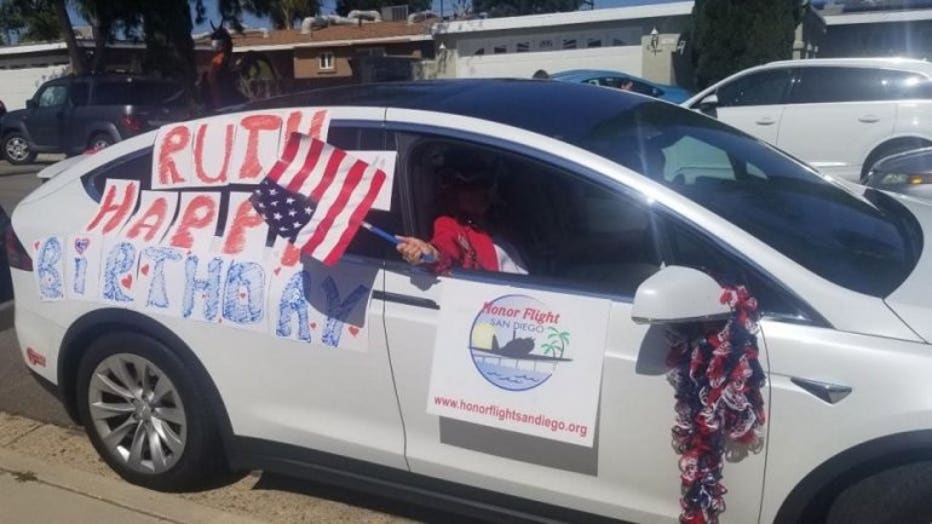 Honor Flight San Diego is also collecting birthday cards for Gallivan. The group normally accepts donations to escort veterans to Washington, D.C. to visit memorials for the wars they served in. Gallivan completed her “Tour of Honor” in 2015 at the age of 99.

Address to send a birthday card: