Part of a closure: Purple Heart awarded to Fort Hood victim five years after his death

Part of a closure: Purple Heart awarded to Fort Hood victim five years after his death

MILWAUKEE (WITI) -- At the start of Memorial Day Weekend, a Mount Pleasant man is awarded the Purple Heart posthumously. He was killed serving his country while in his country.

The honor was given to the family of Russell Seager on his behalf. Seager was killed in the Fort Hoot Massacre in 2009.

After five years, the family of Captain Russell Seager is given the Purple Heart in his honor. 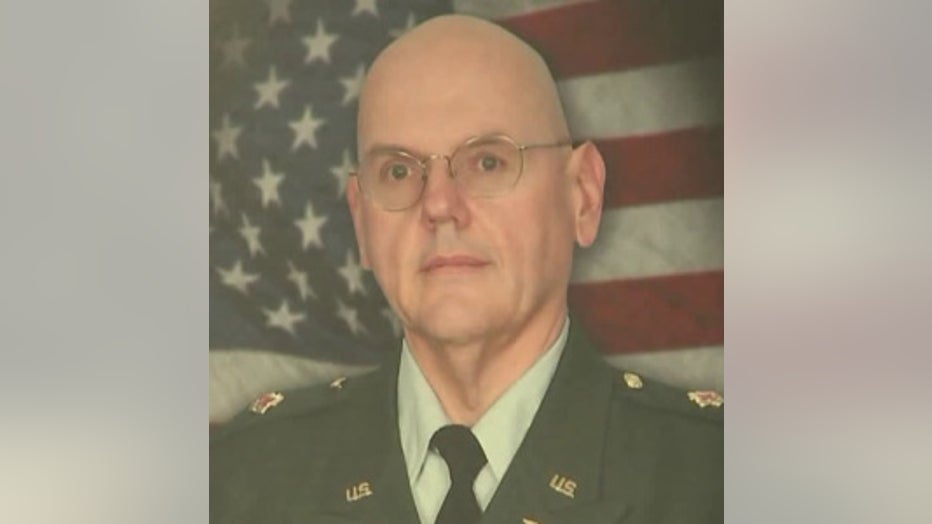 Seager, of Mount Pleasant, was at Fort Hood getting ready for deployment to Afghanistan when he and 12 others were shot and killed by a fellow soldier -- 31 others were injured.

"This ceremony is taking place far later than it should have, but it's never too late to do the right thing," said Lieutenant General Michael Tucker, U.S. Army.

The victims were not originally eligible for the Purple Heart because it was deemed workplace violence.

That changed with the 2015 National Defense Authorization Act, making it the result of an attack inspired by a terrorist group.

Seager was a nurse practitioner at the Zablocki VA center and his wife, Cindy, requested the presentation be made there.

"This is the only place I would have wanted to have the ceremony. It just seemed like the right thing to do," said Cindy Seager, Russell Seager's wife.

When he left Zablocki for Fort Hood for eventual deployment, Captail Amanda Wojtanowski was there in his unit. She was also there when the shooting occurred but wasn't hit.

"I do think this is one of those things that can be part of a closure. And i'm glad of that. It'll never be gone but we can move on," said Cindy Seager.