MADISON — With all of the legal briefs in as of Thursday, April 30, the fate of Wisconsin's "Safer at Home" order is in the hands of the Supreme Court of Wisconsin, after Republicans asked the justices to block the extended order. This, as Wisconsin's powerful chamber of commerce urged legislators Thursday to adopt its business reopening plan, telling an Assembly committee that Gov. Tony Evers' stay-at-home order is crushing the economy and that the state has the coronavirus under control. 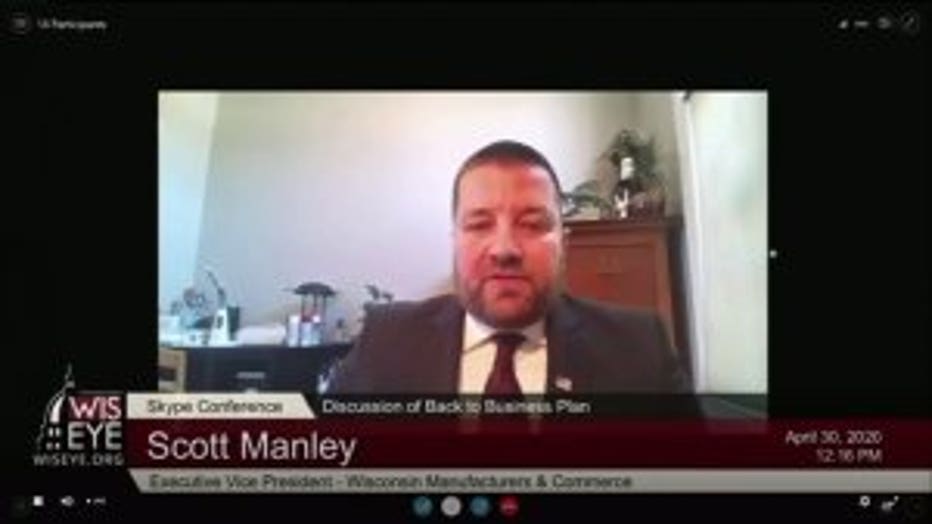 “The economic impact of shutting down our economy and keeping it shut down has been absolutely devastating, and it's getting worse every day,” Manley said.

The state Department of Workforce has recorded nearly 1.2 million weekly unemployment claims in the five weeks ending April 25. The state typically sees that many claims over an eight-month period. Wisconsin Economic Development Corporation Secretary Missy Hughes, an Evers appointee, told the committee that a quarter of the state’s businesses may have closed since the pandemic began.

Evers' stay-at-home order is set to expire on May 26. Impatient Republicans have asked the state Supreme Court to strike the order down. A ruling could come any day. 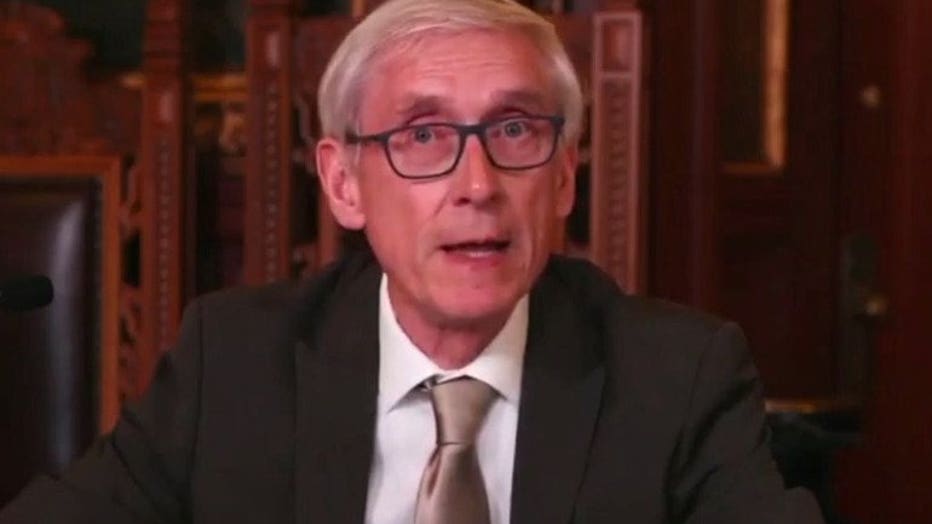 WMC, a major contributor to Republican campaigns, has proposed an alternative plan to reopen businesses on Monday. The organization said it developed the proposal with input from business, government and medical interests.

The plan creates an algorithm that takes into account the local infection rate, health care capacity, population density and other factors to determine what limitations should be placed on a business. All businesses could open, but their operations would be limited based on local factors calculated under the model.

Companies would be given a risk factor of minimal, moderate or substantial. The higher the risk, the more precautions businesses would have to take.

There's almost no way the plan could take effect by Monday. The Legislature would have to enact the plan as a bill, but Evers would almost certainly veto it. He's already put forward a recovery plan that calls for meeting benchmarks, including increased testing, contact tracing and declining infections. 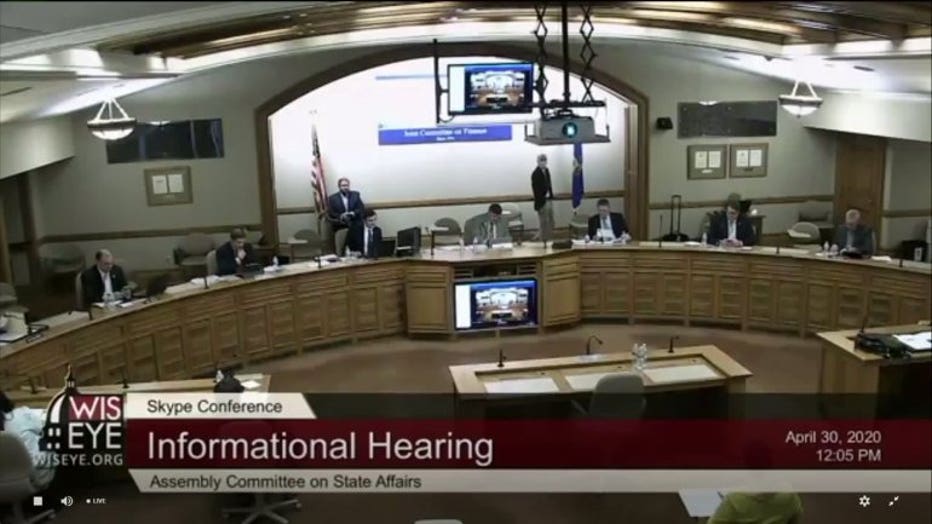 Republicans on the state affairs committee went ahead with their hearing anyway, seating themselves 6 feet apart in a Capitol hearing room with pages sitting behind them wearing masks. Some members and speakers appeared via Skype.

Representatives of the restaurant, tavern and other industries told the committee they can't survive another month under the stay-at-home order. They said they're afraid Evers will extend his order through July or later.

Kristine Hillmer, president of the Wisconsin Restaurant Association, appeared in person to say 44% of the state's restaurants have temporarily closed and half could close for good if the stay-at-home order continues.

“We are at an extinction level event for small businesses and restaurants,” she said.

Republicans questioned whether the economic impact of a statewide stay-at-home order is justified and whether the state can ever meet Evers' recovery benchmarks.

Committee Democrats complained that Republicans stacked the meeting with business representatives and didn’t invite any laborers or health care officials to speak. They warned that reopening businesses too soon would lead to a spike in infections. 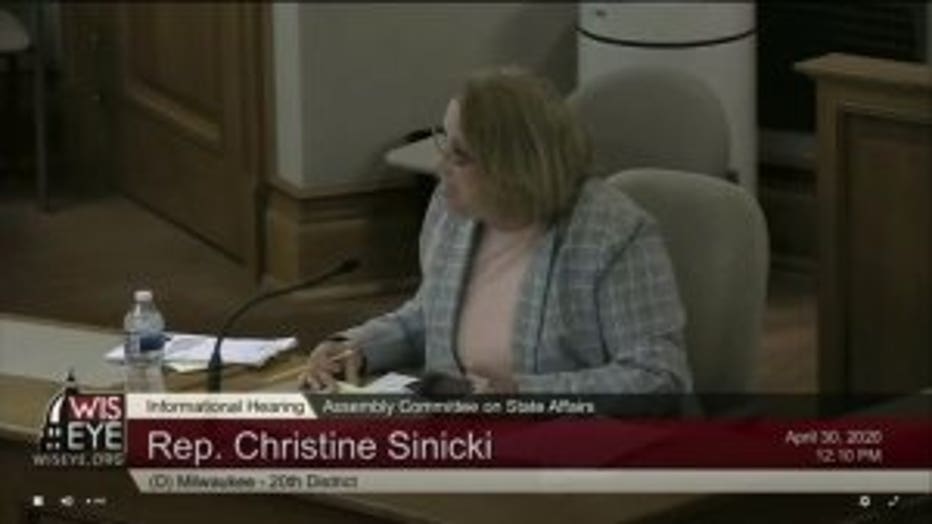 Rep. Christine Sinicki of Milwaukee said WMC's plan appears designed to reduce unemployment rolls by giving people jobs knowing they won't go to work because they're too scared of the virus.

Berg said his managers keep employees up-to-date about best practices to prevent infections between every shift. He said no one has walked off the job or quit. Nikolai said his workers are so scared about losing their jobs that attendance has actually improved.

“If you want zero risk, then you'll have zero economic activity,” Nikolai said. 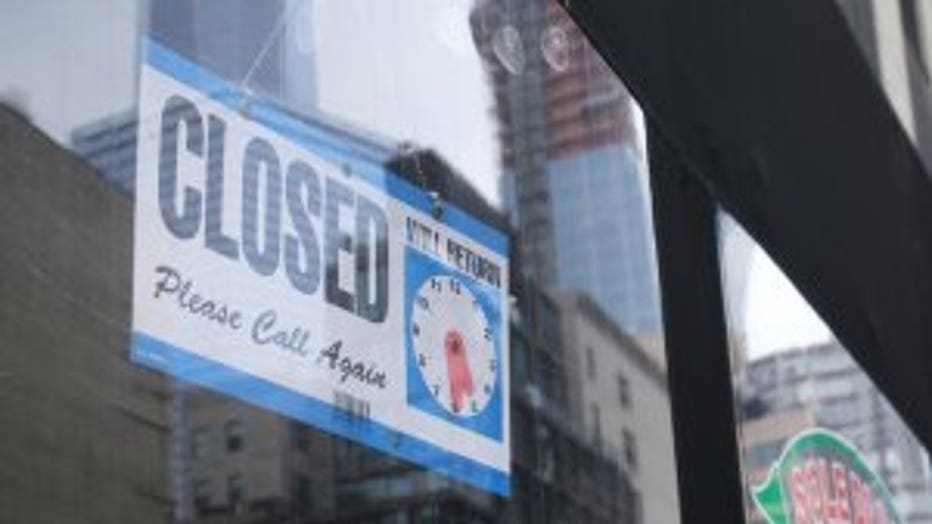 Evers meanwhile announced the state has received 230,000 N95 respirator masks from the Federal Emergency Management Agency. The governor said FEMA also has promised to deliver a decontamination system by early May that will extend the life of the masks. Medical workers will be able to send dirty masks to Madison for processing and get them returned cleaned and sterilized up to 20 times without degrading their effectiveness.