BEIRUT — The leader of the Islamic State group has appeared for the first time in 5 years in a video released by the extremist group's propaganda arm.

The video released by Al-Furqan on Monday shows Abu Bakr al-Baghdadi appearing with a bushy gray and red beard, wearing a black robe with a beige vest and seated on the floor with what appears to be a machine gun propped up next to him. 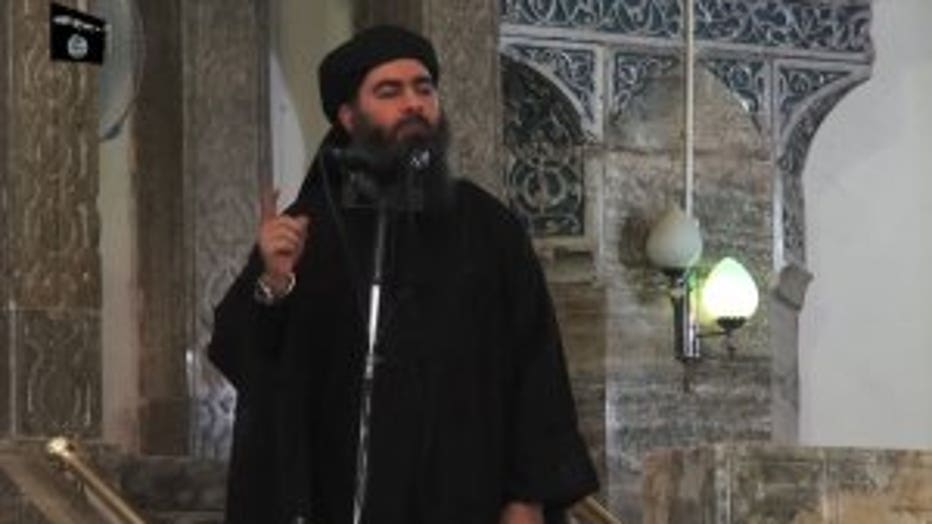 This July 5, 2014 photo shows an image grab taken from a propaganda video released by al-Furqan Media allegedly showing the leader of the Islamic State (IS) jihadist group, Abu Bakr al-Baghdadi, aka Caliph Ibrahim, adressing Muslim worshippers at a m

It is his first video appearance since he delivered a sermon at the al-Nuri mosque in the Iraqi city of Mosul in 2014.

The SITE Intelligence group said al-Baghdadi acknowledged in the video the defeat in the battle for Baghouz, the group's last stronghold in Syria, and discussed the bombings in Sri Lanka that killed more than 250 people.