REDDING, Calif. -- An injured bald eagle was rescued from an interstate in northern California Wednesday, May 20.

In a Facebook post, officials with California Highway Patrol-Redding explained they received a report of the injured eagle blocking a lane on the I-5 near Knighton.

“Within minutes, officers arrived on scene and found a large bald eagle standing in the number one lane. CHP units were able to get the eagle to the shoulder of I-5 and out of the traffic lanes,” they wrote. 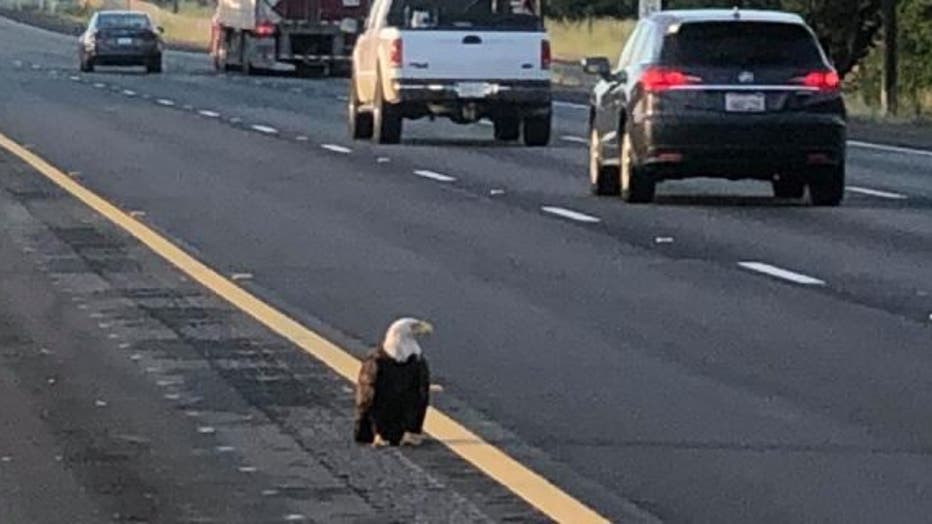 The injured bald eagle was found on the I-5 near Knighton. (COURTESY: CHP - REDDING)

Officials with Shasta County animal control and the California Department of Fish & Wildlife (DFW) then arrived and helped to cage the eagle, CHP-Redding explained.

“DFW is taking the eagle to a facility where it will be examined and treated,” they added.

In an update, CHP officials said the Eagle, named Knight, was taken to the Defiance Canyon Raptor Rescue. In an update Thursday, they said the eagle was sadly "not doing well."


There are hundreds of bald eagles residing year-round in California, according to California’s Department of Fish and Wildlife, although this number can increase during the winter when hundreds of migrating eagles arrive in the Golden State. “On some midwinter statewide surveys, more than 1,000 bald eagles have been counted in California,” it explains on its website. 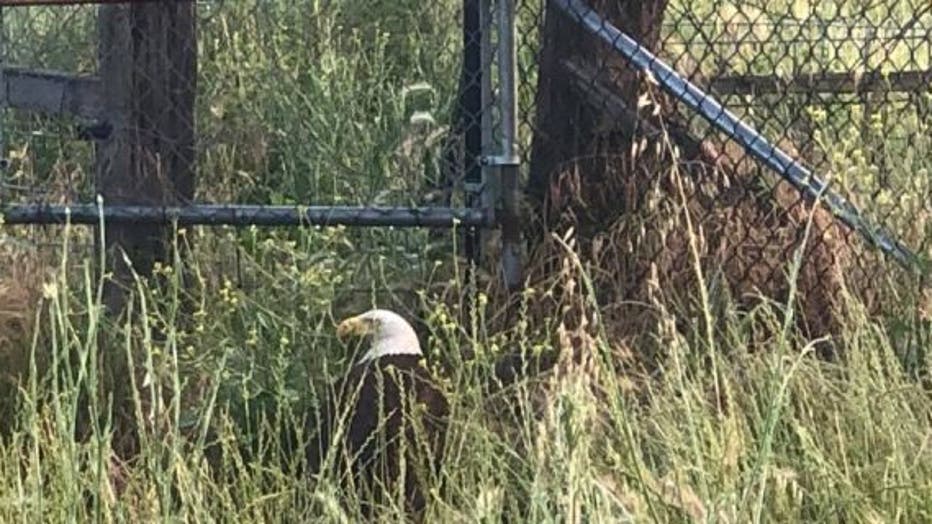 California Highway Patrol officers were able to get the eagle off the interstate. (COURTESY: CHP - REDDING)

In northern California, the Whiskeytown-Shasta-Trinity National Recreation Area supports close to 20 percent of the nesting eagles in the state, according to the U.S. Forest Service. 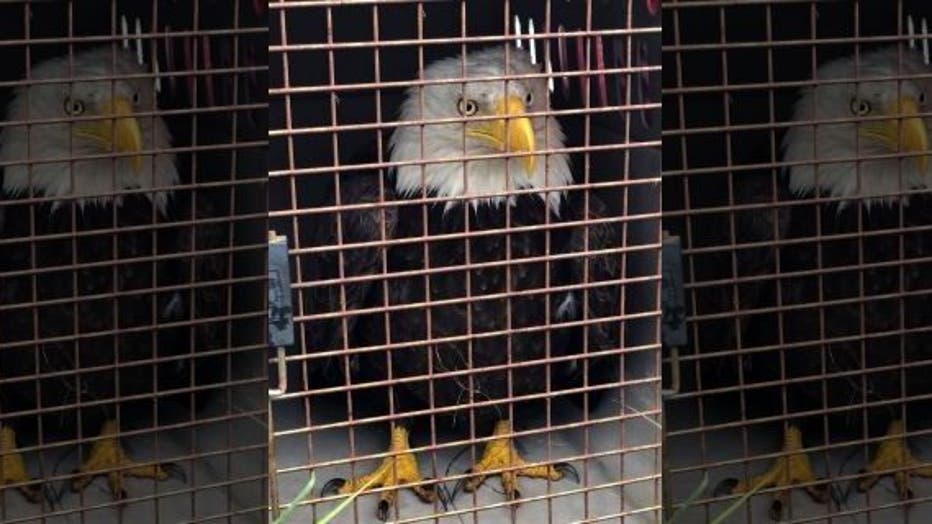 In Ohio, officials recently reported that the state’s bald eagle population has soared by 151 percent since the last statewide headcount in 2012. Data released by the Ohio Department of Natural Resources revealed that this year’s survey found 707 bald eagle nests, up from 281 in 2012.