INDIANAPOLIS -- An Indiana man painted a 10,686-square-foot American flag in a field northwest of Indianapolis to honor health care workers amid the coronavirus pandemic over the weekend.

Justin Riggins posted photos of his handiwork to Facebook on Saturday, writing that he used 30 gallons of paint to complete the project. 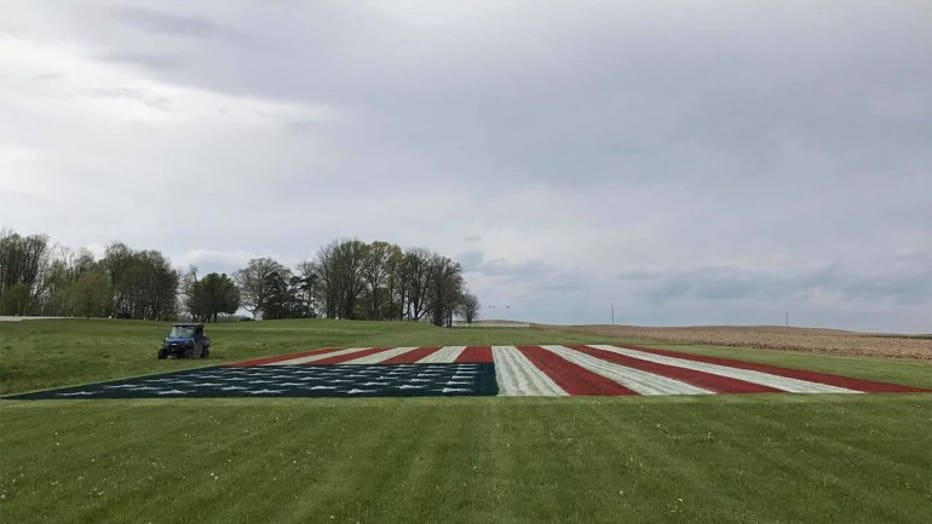 The project took Riggins and a crew of helpers two hours to set up and five hours to paint over a stretch of two days, according to the outlet.

“I wanted to honor the ones protecting us and our country, a tribute to our frontline health care that are keeping us healthy,” Riggins said.

The United States has seen more than 1.1 million confirmed coronavirus cases and more than 70,000 deaths as of Tuesday afternoon, according to Johns Hopkins University researchers. 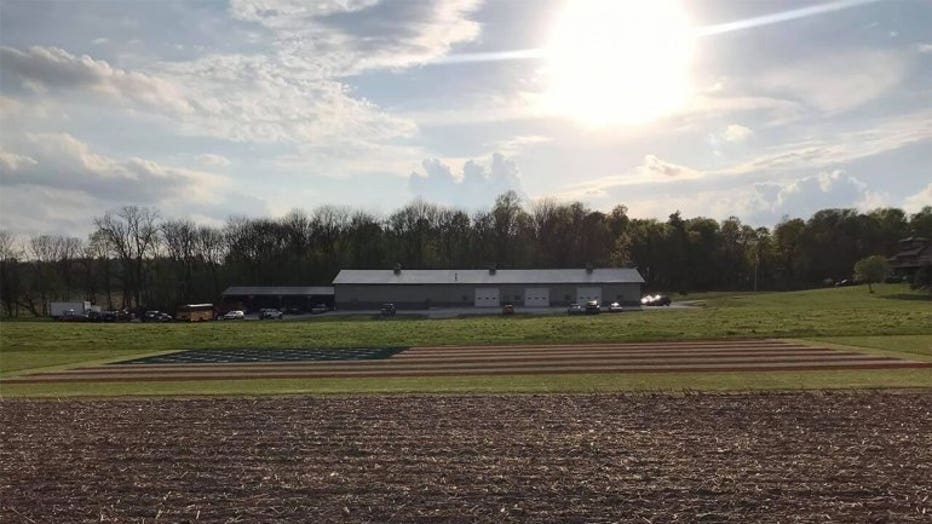 Indiana had 21,033 cases and 1,213 deaths from the virus as of Monday, according to the state’s COVID-19 information website.


Social distancing measures designed to slow down the spread of the highly contagious virus have left many nonessential businesses shut down throughout the country -- but health care personnel and other essential employees are still going to work on the front lines and risking their own health.

Riggins, whose Facebook profile says he owns an automotive repair shop in Crawfordsville, Ind., wanted to honor those Americans.

He told WTHR that he also wanted to carry on the “legacy” of his property -- which used to be the site of the Ropkey Armor Museum.

The defunct private museum once had one of the country’s largest collections of military vehicles, curated by Korean War tank platoon commander Frederick Ropkey Jr., according to Tank and AVF News, a blog dedicated to tanks and armored vehicles.

Riggins told WTHR that Ropkey, who reportedly died in November 2013, was his friend and mentor.

“I’m just very patriotic and thought how cool it would be to have a huge flag for everyone to see and be proud of,” he told the station.

Learn more about this story on FOXNews.com.