MONTELLO — A decade-old loan packed one last surprise for a Montello woman. She thought she'd paid it off. Turns out, she had a long way to go.

A deck at the home of 99-year-old Iva Olson is nearing the end of its useful life. Olson thought she'd have it paid off by now. In 2006, Olson and her husband, Chuck, got a loan from M&I Bank. 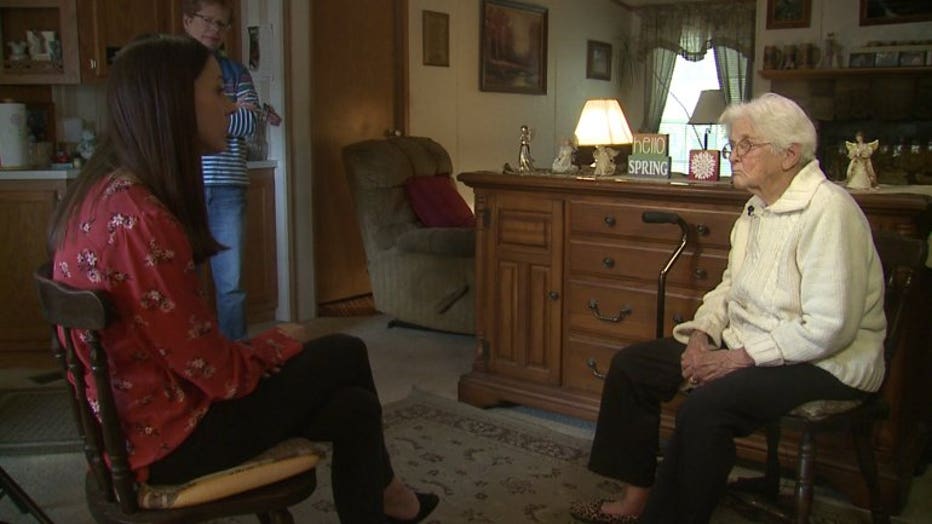 "To build a garage and to build a deck," Olson explained.

A decade later, one final bill arrived. Olson had one last payment of $16,000.

Olson's daughter-in-law, Jo Grass, tracked down a copy of the loan from now BMO Harris Bank.

"I thought maybe she missed payments or there wouldn't be money due," Grass said.

The loan agreement showed 119 monthly payments of $348 and one final balloon payment. 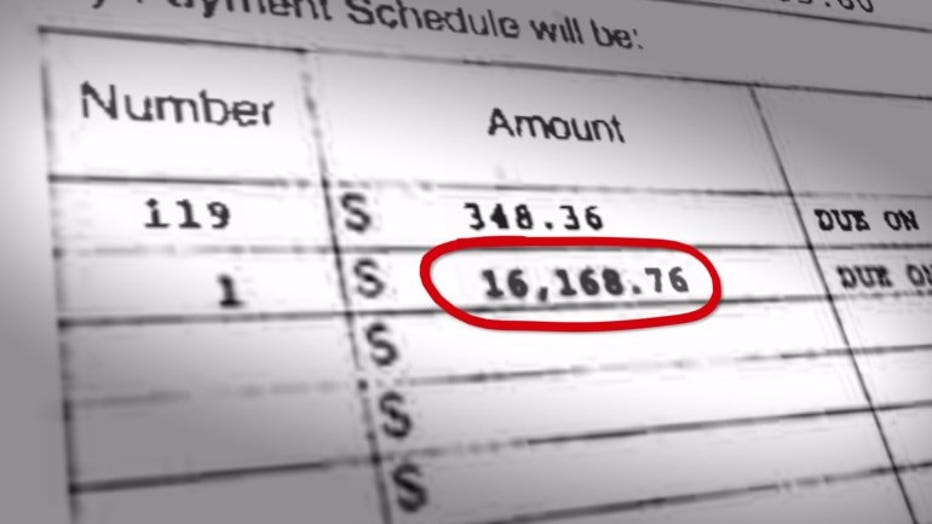 "No, I couldn't pay that off, especially since my husband died and I just have, I have very low income," Olson said.

Grass thinks the bank should have never granted the loan given her in-law's fixed income.

"They had quite a bit of credit card debt and the fact that they were getting a second mortgage, they didn't have a savings account," Grass said. 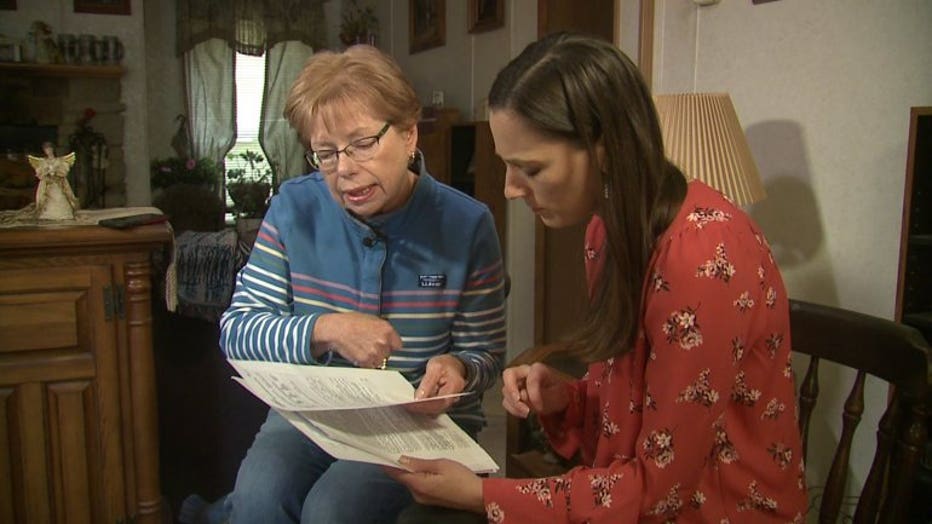 One bank document says the loan was to pay off the Olson's credit card debt, which the family says was never the case.

"I'm guessing that the bank couldn't get that through," Grass said.

"The loan was approved in accordance with the standard underwriting guidelines and all applicable laws and regulations."

In May, the bank agreed "not to pursue foreclosure," but said it will "continue to hold a valid security interest" in their home if the property is "sold or transferred." 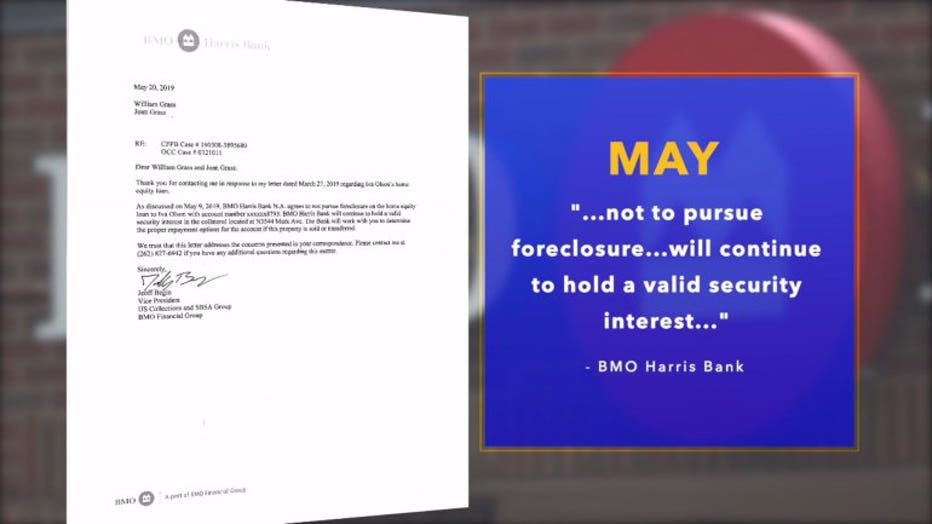 "Whenever I look at a loan from the early 2000s, I look at that as kind of the wild west days of loan underwriting," said consumer attorney Nathan DeLadurantey.

DeLadurantey says there's no way to know if the Olson's loan falls into that category, but some aspects raise eyebrows.

"The stated purpose of the loan wasn't the actual purpose," he said.

While Grass questioned why her in-laws were given a loan when while they had debt, DeLadurantey says the amount of debt is not as important as the minimum payments required to service it. 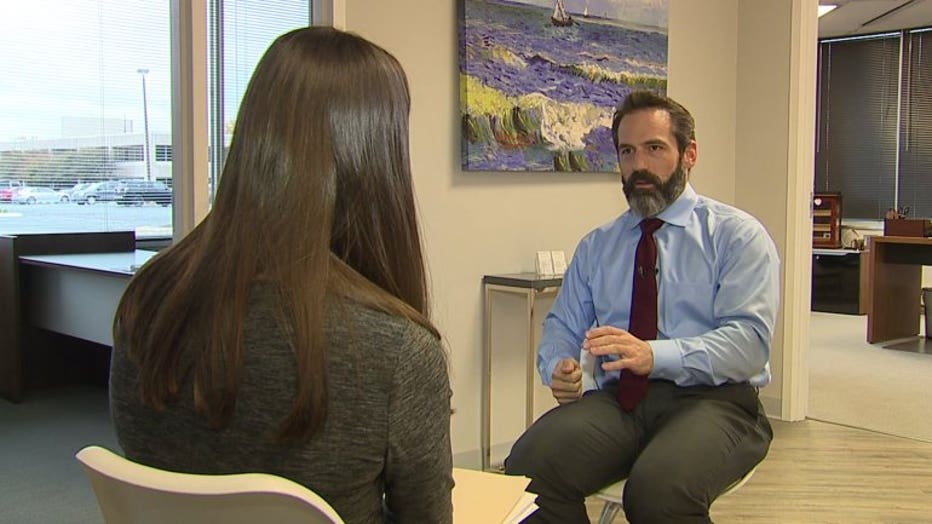 DeLadurantey also explained that the Olsons age could not play a factor in whether or not they received a loan because a bank cannot discriminate based on age.

After three years of back and forth with the bank, Grass filed a complaint with Contact 6 on Olson's behalf.

Soon after, she got a call.

"He said the bank is going to forgive the balance on the loan and we were very pleased," Grass recalled.

"Oh, that made me very very happy," Olson said.

BMO Harris Bank isn't confirming details of the resolution, but a spokesman says:

"We're pleased that this situation, which was unique and involved a number of mitigating circumstances, has been resolved."

The family said the remaining balance forgiven was nearly $12,000 and a lien is being removed from their property.