MILWAUKEE (WITI) -- He invented one of the most well-known children's games: Operation. But 77-year-old John Spinello can't afford a real-life operation he needs. A professional toy and game developer working out of Milwaukee, and a friend to Spinello, has launched a campaign to raise money for Spinello. 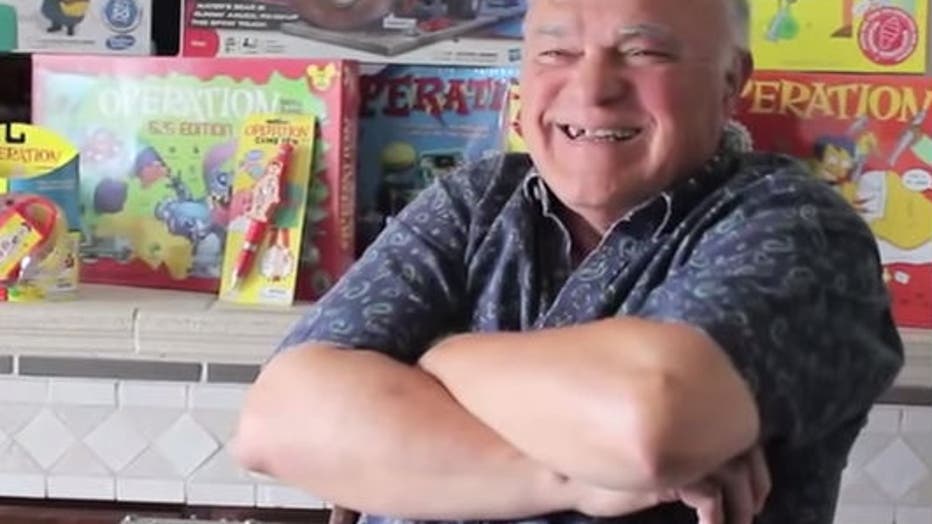 Spinello invented "Operation" in 1964, when he was just 20 years old. He sold the rights to the game for just $500 to an invention firm. Spinello says he was promised a job with the firm once he graduated from college, but that never materialized.

"Operation" has made an estimated $40 million throughout the years, but Spinello hasn't seen any of that money.

That's why Peggy Brown, a professional toy and game inventor working out of Milwaukee has launched a campaign in an effort to help Spinello. She's teamed up with Tim Walsh to create a crowd funding campaign and website to raise money for Spinello.

On the Crowdrise.com page, the following is written about Spinello and his iconic game:

"Over the years, the game of Operation has become a favorite to millions of people whose childhoods were all a bit brighter and buzzier because of it. John watched over the decades as the little electric game he designed spawned everything from socks, boxer shorts, purses, shower curtains, neck ties, greeting cards, and, of course, scores of licensed editions of the game.

Much has changed in 50 years. John has had a good life, but has admitted to us that he is struggling to pay his bills and is in need of a medical procedure without sufficient insurance coverage. We launched this Crowdrise fundraiser to call on anyone who has ever played and loved Operation to send John a note and maybe, a monetary gift of appreciation. You can also head over to www.ILoveOperation.com to write John an encouraging note or purchase a once-in-a-lifetime gift: An autographed copy of Operation from the original patent holder of the game! (while supplies last).

Please share this site with your friends and family. We'd appreciate it."

According to Time Magazine, Spinello will auction off the original prototype of the game as well to help pay bills.