Bird, Spin scooters available in Milwaukee as soon as Tuesday

Bird, Spin scooters available in Milwaukee as soon as Tuesday

MILWAUKEE -- Officials with the City of Milwaukee Department of Public Works said we could see Bird and Spin scooters on Milwaukee streets as soon as Tuesday, Aug. 13. On Monday, the companies were notified they were approved for Milwaukee's Dockless Scooter Pilot Program. Lime was the first operator approved back on July 23.

On Aug. 2, Milwaukee Mayor Tom Barrett announced the pilot program was being put on hold, and Lime would not be allowed to expand, due to complaints regarding improper scooter use, especially on sidewalks.

"The biggest issue, by far, has been people who disregard the law that says you can't ride the scooters on the sidewalks," said Mayor Barrett. 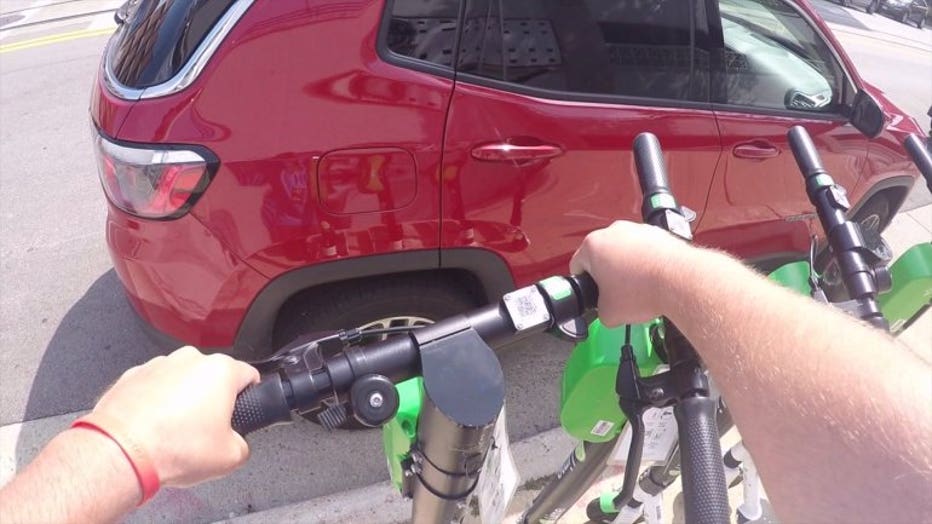 DPW officials on Friday, Aug. 9 said since that pause, DPW officials had been in close communication with operators, all of whom were taking aggressive steps to further promote proper scooter usage, including safety events, in-app notifications, ambassadors, and patrols, along with partnering with business improvement districts, neighborhood groups, and community organizations. DPW officials also reported a decrease in complaints, and witnessed public support for continuing the pilot. 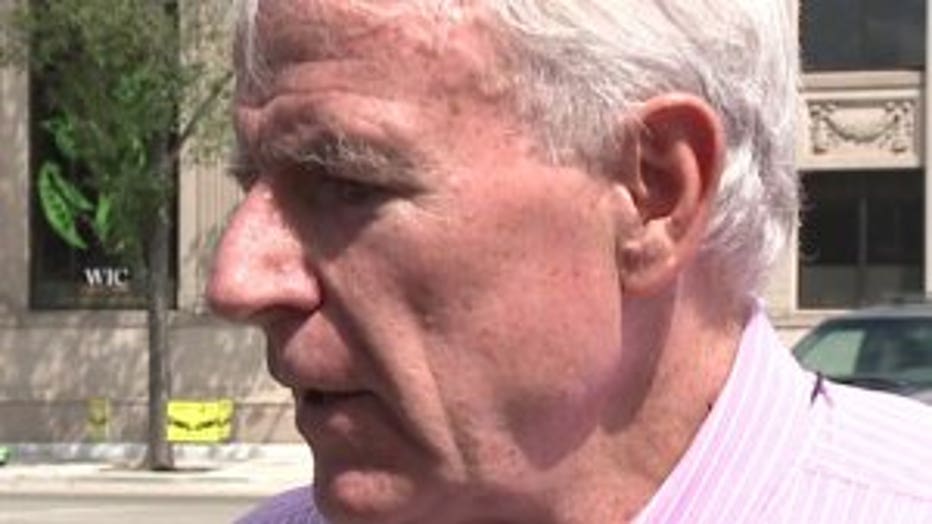 As of Monday, DPW officials said Lime had 500 scooters on Milwaukee streets, so they will have to reduce their fleet.

"Each of the three companies will be permitted to have 350 scooters, so we'll have about 1,000 scooters throughout the city," said Mayor Barrett.

"There's going to be one on every corner, pretty much," said Terry Merryfield of Waterford.

As of Friday, DPW officials said more than 53,000 trips had been made on scooters in Milwaukee. 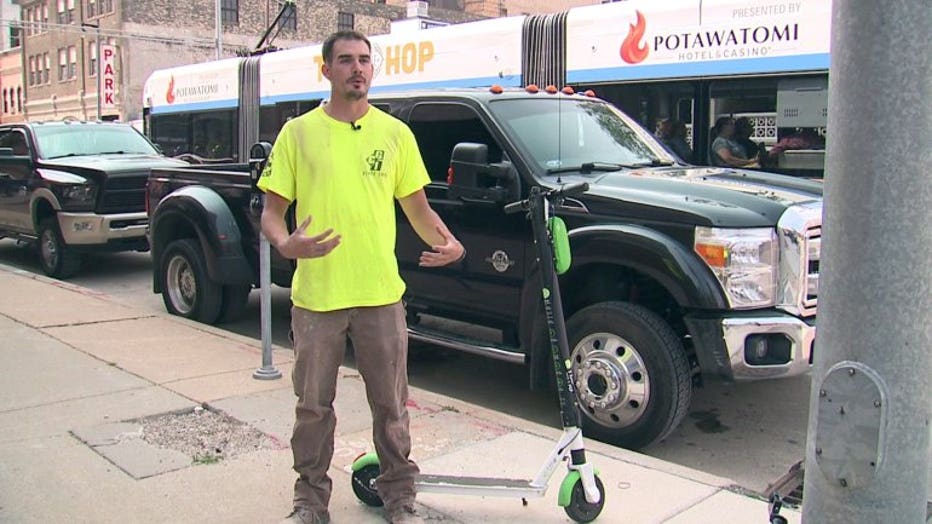 "I think it will be pretty cool, just because there's going to be a lot that are bunched up in some areas," said Merryfield.

Lime riders said they're excited for the expansion, as some areas lack scooters.

"If there's multiple companies, at least it's going to be spread out pretty heavily," said Merryfield.

Lime officials held a series of weekend training events aimed at promoting safety and adherence to the guidelines. 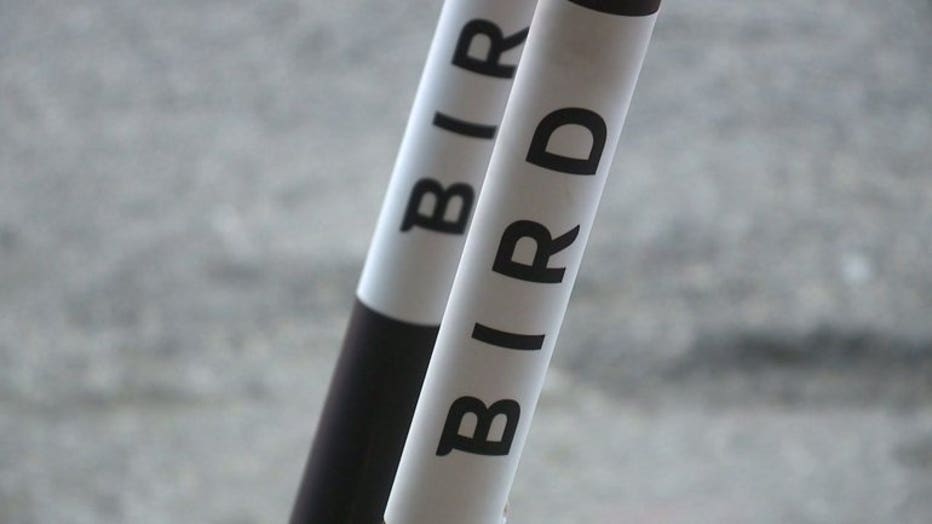 DPW officials said Friday in an eight-hour count of scooter usage in the Third Ward, east side, and downtown, officials observed 83% of users riding on the streets. They said they would continue to collect data on sidewalk riding and monitor public feedback. 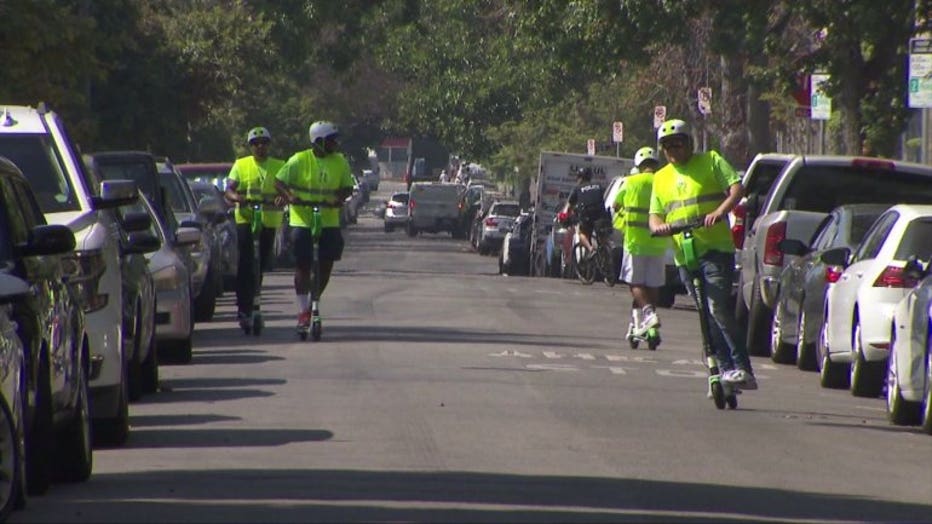 The pilot, created by direction of the Milwaukee Common Council, is scheduled to run through Dec. 31, 2019, but officials noted it could be suspended at any time.

You can learn more about the three scooter companies approved as part of Milwaukee's Dockless Scooter Pilot Program below: